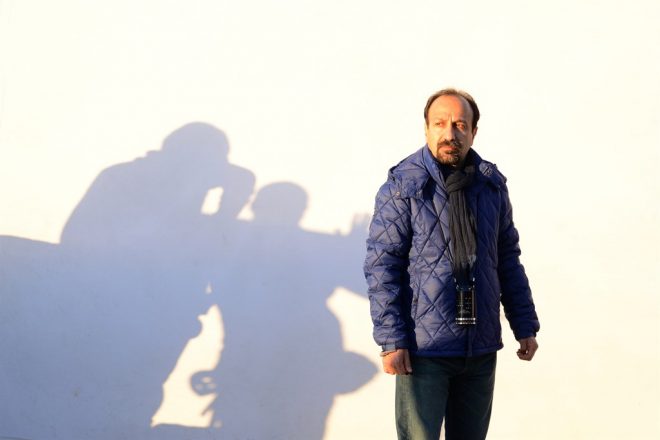 Asghar Farhadi is an Iranian director who’s latest film The Salesman has been nominated for a Golden Globe as well as many other accolades and awards. Farhadi dives into what drives the characters in his movie to tread down the path they take and explains why these outcomes are significant. The movie is dark and depressing, but has moments of happiness and hope that shine bright every now and then. Farhadi also explains his use of Death of a Salesman. 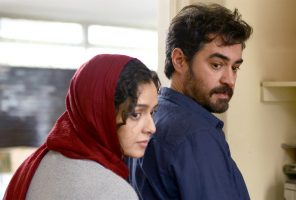 What was the significance of the main characters being actors?

Asghar Farhadi: They came to the realization of what they did. I thought, “If they are theater actors, it will help me find the part that is missing in my story.” For them to be actors, means that they are individuals who know how to put themselves in the shoes of another and have empathy, and now I think, “These characters’ jobs (are) to put themselves in the place of another, how do they succeed?” This was what completed the story for me. I made the decision that they would be rehearsing a play and that story came together for us. 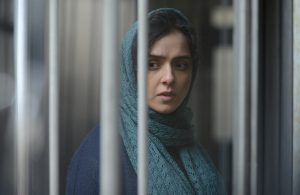 In the story, guilt leads to revenge. What is your opinion about that?

(Let’s) look at what revenge means. When someone does us harm, and we pronounce judgment and sentence, then execute that sentence upon that person, this is what you (can) call revenge. This is a very risky process because it’s liable to go wrong at so many times. This is why revenge is something we consider with a negative value. 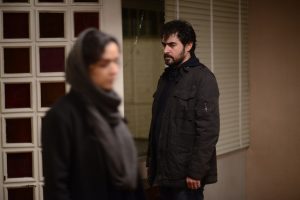 The life the protagonist was headed towards was a dark one. Can you help explain his actions?

Two things I can say: women on the whole, tend to be more forgiving than men. In my previous films in the past, I also pointed this out. Because women are capable of childbearing, their gaze is pointed towards the future. Men, perhaps because they have worked the land for so many eons, are more rooted to where they are and are looking behind. The woman here is sticking to another point. She is saying, “I am the one who has undergone harm.” She wants to have a part in the judgment on the old man. Another significant point is that a man has come in and intruded on their private space and attacked their honor.

She is upset that her husband wishes to act in the same way; to do the other man harm. She doesn’t want to force her husband to forgive the old man. She says, “The way you’re going, the method, points to revenge. This is action that is not moral.”

This is something that will remain with her (the rest of her life). At the same time, she appears to have the capacity to understand the situation of the old man. 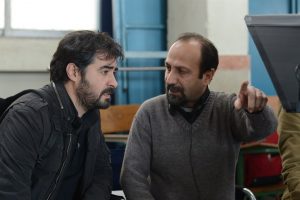 What was your first job that you’ve had, and what was the moment you knew you wanted to work on film.

I had no time to have another job. I was 13 when I made my first film. I made a short film and quickly went on to university where I studied film. Now I regret it. I entered cinema too early and started to ponder serious questions too soon. I feel like my childhood was diminished. I wish I could go back and start these things a little later [laughs]. I’m now coming to discover that cinema is not the most important thing in the world. (It’s) childhood and living are much more important things. 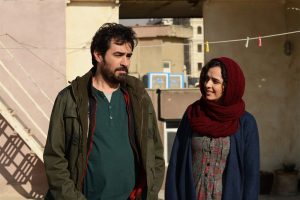 From “A Separation” to “The Salesman” the theme seems to be communication and it is very important to you.

It’s very important to me. In today’s world, the language that works for communication has expanded so much. It seems to me that we have so many more tools and devices for communicating. But then why are we so alone? Those who are not alone are pretending to be alone (and) people have become very “off”. It seems to me that the more progress we make and the more we expand the abilities of the language, the less we communicate. Relative to the past, humans have become more complicated. It’s like an object that has hundreds of facets, and an individual would be the same. For these two to meet, to be joined, there’s a very limited surface to where they can meet, where in the past there were not 100 facets to the object. There were just a few. The possibilities were coinciding.

What I am trying to say is that the modern world is not bad. It is a much more comfortable world. However, misunderstandings are far more frequent than they’ve been in the old world. People believe they know one another, for instance a man and wife that are in love and have been together for some time, and in a moment of crisis, they realize they don’t know each other at all and are strangers. This is why people get separated all the time. They receive a new image of one another.

Why did you use “Death of a Salesman” in the movie and is it common for American plays to be performed in Iran?

“Death of a Salesman” is no longer an American play; it belongs to the world. It is a very well loved and famous play in my country. It’s staged frequently once every couple of years. I like that play a great deal for a number of reasons. In the play, Arthur Miller empathizes with all of his main characters. It’s not easy to say if it’s Willie Loman (protagonist in “Death of a Salesman”) or his son that’s responsible for the crisis. At the same time, he’s describing a social situation of America at that moment. An American Dream on the way to which people are sacrificing themselves and the significant theme in that play is humiliation. Willie Loman commits suicide because his son, his coworkers, his neighbors humiliate him. The tragedy of that play is that the individual feels he’s completely useless in his family; he feels he is no good. Do you know why Willie Loman’s job is to go to different cities? When he goes away, no one feels he’s gone in his house. He thinks, “Even if I’m gone, life is going to carry on the same.” Truly, when I say this I want to cry. It’s the most difficult situation for a father to be in. We have an Iranian version of Willie Loman and Linda (Willie’s wife) in our film. The man and woman who come in at the end: the father is the same as Willie Loman. Maybe it’s that what he’s missing or lacking is what prompted him to establish a relationship with the prostitute, this sense of loneliness. He does not want to accept he is old, and like a young person he tries to have a relationship with a prostitute. 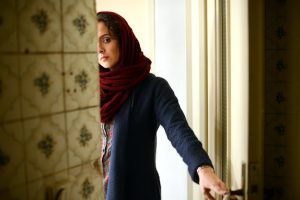 The scene with the spaghetti was interesting because the character is really changing due to his tarnished honor. How did you go about making this change?

AF: Let me tell you something, if this incident had happened and no one found out, perhaps they could gloss over it more easily. There are times where the social image of us, our sense of honor, is more important than the thing itself. There are a lot of women the world over who may undergo such an experience, and then say they don’t want to tell the police. They don’t want their own image tarnished. This sense of honor does play a very important role in our lives. The character is caught in a bind, he both wants to restore his honor that has been tarnished, and at the same time he wants to find a way to move past this incident.

The series of events is set forward by their apartment being demolished. Was this a way to make parallels to the current political climate?

No, it’s hardly related to anything political. In the first instance, it’s related to the movement of the story. The purpose of that aspect is to move the characters out of that building, but it also is a prologue or foreshadowing to the relationships between people, which is undermined at its foundation. The more the film advances, the greater the fissures and cracks in the relationship, and they have not been apparent before.

The salesman is currently playing in select theatres nationwide. For info on theatres and times, visit the film’s official website at