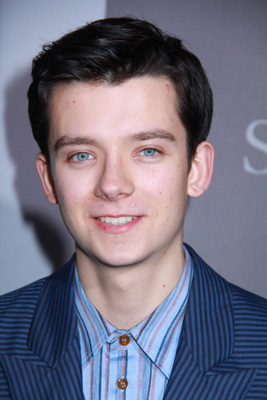 The first time I saw Asa Butterfield’s work was in The Boy in the Striped Pajamas when he was about 10 years old. Apparently I was not the only one who liked what I saw, because it wasn’t long afterward that he was cast in the lead role in Martin Scorsese’s film, Hugo. The rest as they say, is history.

Now at almost 20 years old, Butterfield stars in, The Space Between Us, trading in his stripped PJ’s for his first love scene.  I chat with Asa on his character, his career thus far, and what lies ahead.

Q: Do you share any common ground with this character?

I think me and Gardner are both quite interested in the natural world and are kind of fascinated by it, in lots of aspects. We both share a curiosity and a drive to see more of it, or explore it. I think that is probably the biggest thing we share.

Q: I understand you just visited Japan. How was your experience?

(It was Vacation.) It was lots of fun. My brother lives there and my uncle lives there as well, in Tokyo. His wife is Japanese. They have a family. I’ve got quite a lot of connections to Japan and I love it there. 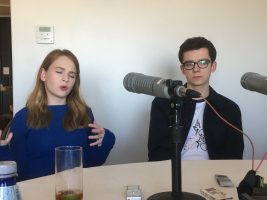 Q: Are you interested in space exploration or colonizing another planet?

Yeah, I am interested in it. I like science fiction. I am quite a technologically kind of up-to-date person. I like seeing what the new developments are.

[Britt Robertson who sat next of him inserted] He makes computers.

I built my last PC. Aside from that, yeah, going to Mars is the next logical step. I’m still hopeful that we will come up with some sort of way to fix, or not necessarily fix, but try and help the shit storm we’ve stirred for ourselves. I think as long as technology’s advancing, we should theoretically come up with a solution, because so much attention is being put toward it, and if we don’t, then we’re all screwed and we need to go to Mars. 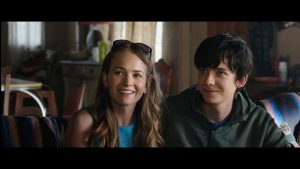 Q: You’re going to be 20 this April, are you a college student now? Any immediate plan for your future?

I’m not in college. Maybe I’ll go at some point, but I’m not in any rush. When I got out of school I was so glad to be free of that kind of system. The last thing I wanted was to go back into another (institution) where I’ve got to learn and listen to people. I just wanted to do my own thing and be in control of my own… what I did. I haven’t really got a long-term plan. I’m just kind of winging it, as it goes. 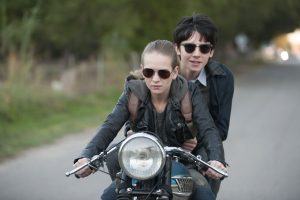 Q: The writer said he got idea of your character’s name from Chauncey Gardner from Being There and Elliott from E.T. Did you watch any movies and research about playing someone so innocent?

Innocence is something that I’ve had to do quite a lot in my roles. Don’t know why, I guess I just have that kind of face. Whether it’s like the boy in The Boy with the Striped Pajamas, who was pretty innocent boy unaware of all the horrors going around him or a few other films I won’t go into detail, anyway. But yeah, as a character, I watched Being There, which was a really great reference for me. And Wings of Desire, a film consistently looked at, even in its cinematography. Yeah, (Gardner) is a really interesting character. Me and Peter, the director, we had a lot of fun creating him, making him unique and really fun to watch. 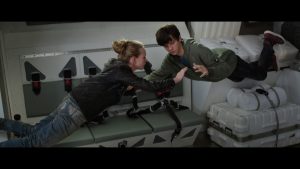 Q: Playing characters that have been considered reserved or innocent, do you think there’s a certain expectation of you or do they have a preconception of you when they meet you?

You mean as me, as a real person? As a real boy? I don’t really know what people’s perceptions of me are. When I’m back in London, I manage to keep a pretty low profile. I kind of just do my own thing. Hang out with my friends. So there’s not really any pressure or I’m not trying to do anything in particular, just do what interests me. Like videogames, technology, and the natural world. If you know me, you know that’s the case, otherwise I have no idea what people think of me and it doesn’t really matter.

The Space Between Us opened on Friday and is currently playing in theatres nationwide. For locations and show times, visit the film’s official Facebook page at https://www.facebook.com/spacebetweenus/