Attention struggling filmmakers!! “The One I Love” star Mark Duplass (a.k.a. The king of indie movies) gave us a tip on how to make indie movies! 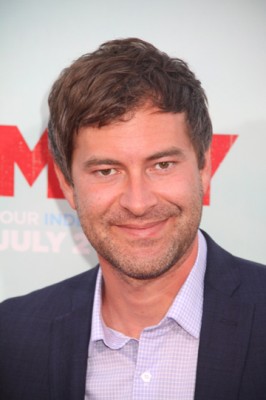 Mark Duplass, who is famous as an indie movie director with his brother and as a comedy actor for studio movies, helped to make this small affordable budget indie movie The One I Love. He shares with us what he suggested to Charlie McDowell who finally made his feature film director debut with this low budget indie film. By the way, Mark shows off his acting talent in this film but we can’t explain exactly how since they have a “no spoilers” marketing plan. You just have to see this film. 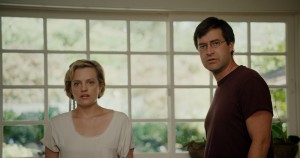 Q: So what did you tell Charlie McDowell?

The only thing I think my brother and I uniquely have to offer is, for better or for worse, we’re known as the people if you can’t get your movie made for a lot of money, you can always make it with those guys really quickly and really cheaply. And we can promise you two things: You’ll be broke, but you’ll get to make the movie you want to make. That’s basically what we did here. I met Charlie and Justin (Lader, screenwriter) at a time when they were struggling to get the old version of the independent film model made, that $5 million indie that is just not being made a lot anymore. Quite honestly, even when they’re being made, they’re not succeeding financially. So I’m trying to build a new model, where we make things more cheaply and we gamble on ourselves, and I brought them this very tiny concept, and they fleshed it out into this very interesting and odd romantic comedy. 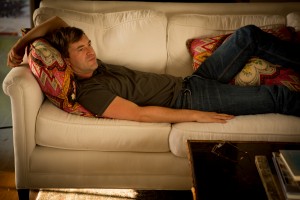 Q: Did you enjoy not directing this film and just being involved only as an actor and producer?

One of my favorite things to do is to produce and act in films that I’m lucky enough to have a creative hand in and shepherd filmmakers like Charlie and Justin into a new way of making movies, cheaply and fun, like I do, but then at a certain point, just kind of take the training wheels off and be like, “It’s your movie, guys. I’ll support you when you need it.” But they were so great at taking the reins from me. In that way, it’s the difference between being a parent to children that you constantly have to worry about and look out for and then it’s more like being the fun, drunk uncle who comes by and plays with them for a few hours and is like, “All right, your problem now. I’m going home.” 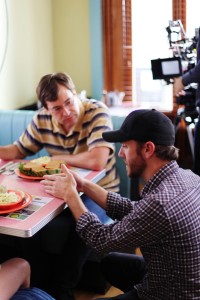 Q: Can you talk about being a witness to director Charlie bringing his real-life family into the film?

I would say it was very fun to watch Charlie tell his stepdad (Ted Danson) what to do. It’s always nice to see a little role reversal.