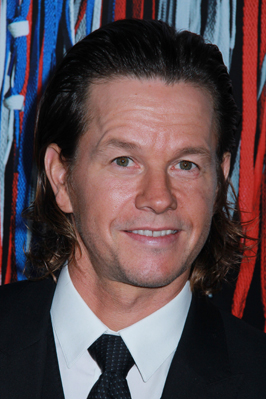 A movie like this is never easy, and there are only two people in Hollywood I would trust to navigate through the pain to reveal the vulnerability and the strength of Boston on April 15, 2015; and Mark Wahlberg is one of them.

Some have said it’s too soon, others felt it wasn’t soon enough. So Boston born actor and producer, Mark Wahlberg knew going in, this would not be about making a top grossing box-office hit. A little over a year later, Wahlberg approached filming the story of Boston Marathon bombing with a far greater and deeper responsibility. While Wahlberg had partnered with Peter Berg previously to create another tough story in Lone Survivor. The difference with Lone Survivor was that was an attack in the afghan mountains on Navy SEALS. While that was still a hard story to watch, in Patriots Day these are average citizens at an event on American soil that the rest of America actually saw happen.  From the explosion to the manhunt and capture as well as the images of the victims were readily available online. The unimaginable happened.  The film shows the life of victims, bomber, police, people in Boston and Boston itself. We ask how affect Boston to Mark and meeting the people who got changed their life after the event. 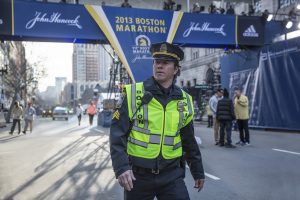 Q: This is not the first true story film you have done, however this is the first that has a personal connection for you because this is where you grew up. Walk me through how you approach a project with that type of significance, and did that affect your behavior?

Obviously I was extremely aware of it. There comes a lot of responsibility and pressure with that because I like to go home and show my face at home and be welcome with open arms. I think they were relived that they knew it was one of theirs that would be responsible for it and also hold me accountable. I just wanted to make sure that everybody else was being held to the highest standard. I knew my brother Pete (Peter Berg, director, writer) was the perfect guy to make this movie because of how much he cares. As soon as we were able to communicate what our intentions were I think everybody felt a huge sigh of relief. But, yeah it comes with a lot of pressure for sure. 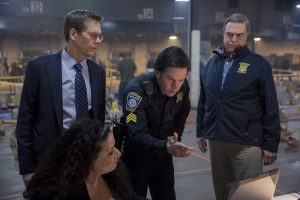 Q: I have heard about how people that come from Boston feel very protective of their city. Then I watched Patriots Day and I could literally feel the cohesion. What is it about this city that connects its residents and what sets it apart from other cities? That being said, is the city strong enough to accept this movie and what is your favorite and most proud things about Boston?

Boston has grown so much in a short amount of time. I remember growing up as a kid and being bused to different areas and there was a huge racial divide. Cut to this horrific incident and everybody from all walks of life coming together to help and that made me extremely proud to be from Boston. I wanted to share that message. And getting back to what you said. Pete and I were constantly talking about is it’s too soon and I just felt like it wasn’t soon enough because these things are continuing to happen, and they will continue to happen, but we need to come together. I’m just proud of how people reacted and proud of how people came together. I’m proud that we can now show people what Boston Strong really means.

Q: When you think back to meeting some of the people you met who were impacted by this event, what stands out the most in your mind?

You find them so inspiring. I don’t know if I would have the courage to just move forward and look at life and have that light that they shine so brightly. It’s a question I ask myself: if this had happened to myself or to my children, I don’t know if I could … if I was there on the day when the explosions went off, would I run to these people or would I run away in fear? I really don’t know. And I hope I never have to answer those questions.  But to see how they responded and how they move forward and how they were the ones that made it so clear what the message of the movie was and also the question of whether it’s too soon or if this message needs to be out there right away. This is about love and to see them embrace at the finish line after Patrick (Downes, played by Christopher O’Shea) ran the race again, I’ve never been more inspired and I’ve never been more proud. I could only hope to have a quarter of the courage that both of them possess in one hand. It’s really remarkable and I want to thank you guys (Patrick and Jessica Kensky. They attended this press conference) again.