“Sleepless” star, Jamie Foxx shares what his life is like on any given Sunday and how he partied like its 1999 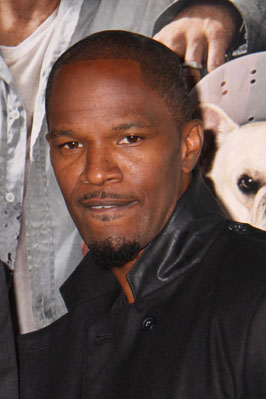 Jamie Foxx plays a detective who is connected to the criminal underground  in the dark, action crime drama, “Sleepless”. But when he entered the room for our interview, he was very light, funny, and singing Prince, of whom he is huge fan.

In fact, not only does Foxx share his experience filming Sleepless and Oliver Stone’s Any Given Sunday; he shares his experience meeting the purple one.

Q: Was working on this film intense?

I think with both of us. As people we want to make sure we never forget something called “make-believe.” It’s Hollywood, you know? Sometimes we go, “(we are doing this) 14 hours, All they have is Evian water? Craft service is at six. Great, where’s the caviar?” You try to make it where you’re still (thinking) that this is something fun to do.

What I did notice from working on Any Given Sunday with Oliver Stone (the film’s director) is that there are two connections. Oliver Stone is shooting 16 or 17 hours day and the football players, went 8 hours straight knocking each other’s heads off. They became restless and start grumbling. There was about to be a walk-out, and at one point when he (Stone) called action, and one guy ran off the field. You see all the stars standing in the middle of the field going, “What just happened?” 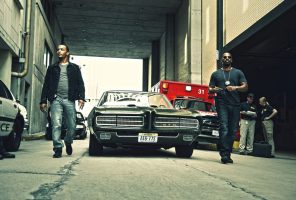 So I decide I’ll go talk to him. I say, “Hey man, what’s the problem?” He said, “I’ve been out there too long.” I said, “Yeah but you’re out there too long with Oliver Stone. This movie is going to go down in history or something. This stuff is Hollywood; we’re not really hitting each other in the head. So why don’t we rally up, get back out there, and get things going?”

That was what I know you feel as well (to Michelle Monaghan). Your director has a huge job. If you create the dissension and you create the “woe is me” (attitude), everybody else will start to do that. It becomes all of our jobs to keep it in perspective. 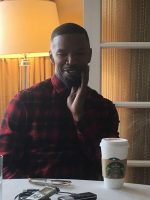 Q: I understand you lived in Las Vegas, what did you like about living there?

You could get steak and lobster any time of the day for $4.99. I was also performing at the Hilton. This was before the Venetian, before all the big hotels. I think the only new hotel was the Rio. It was an interesting time to be in Las Vegas. I stayed right next to the Mormon temple. Here was my house, and there was the Mormon temple. (pointing to the proximity)

Q: If you could only listen to one artist the rest of your life, who would that be?

Prince; absolutely. Prince shaped me. I got a chance to sneak away and see his concert Winter Dove. I’ve never seen anyone like that. He was amazing. If you were a Michael Jackson fan, or a Prince fan, you know Michael Jackson was great but you know, Prince was just (sighs), oh man, he was so amazing. 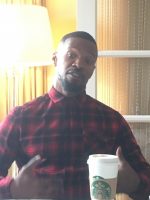 Q: Did you meet Prince?

I met him in the most uncomfortable way. I met Prince December 31st, 1998. What does that mean? I met Prince in 1999, Prince in Las Vegas. Time (magazine) was doing a show. Studio 54 was doing a show they just finished at the MGM Grand. I look up and see Prince and I start crying. And it was weird usually see people said, “Aw snap, I’m tripping right now” I must’ve said something how fans say, “You know who you are?” I was marching; you know how black people march. I just went nuts. I didn’t know what to say so I started singing all the songs. I knew the B-sides so I started singing those B-sides songs and he just goes, “thank you.” I beg for a picture. It was my moment. I go in and Morris Day (musician) comes out and says, “Alright break it down here in a little bit. Now I’m about to bring somebody out here, and don’t you all act a fool when I am not going to let him sing I’m going to let him play.”[Imitating Morris Day]

Prince walked out, he did a little wardrobe change and he’s wearing a purple feather bomber jacket with black pants. He had a huge purple guitar with the big Gucci shades. They started playing (singing) “Dance in San Francisco, dance all night.”[Singing] Then he did a guitar solo. I forgot what this interview is about. 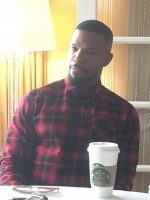 Q: How do you stay alive in Hollywood today with so many social media outlets?

An agent told me one day, “Foxx, the world is going to change.” This was 10 years ago. “What you mean?” He told me, “There’s this whole thing called the internet and all this other stuff is about to go crazy. It’s all going to change. You know what’s not going to change? The talented people (won’t change). When you’re talented, no matter what, you will always have an opportunity to work in this business. He said “the ones that should be afraid of ones who may have some sort of propping them up. If you can, always be appreciative of the ebb and flow of your losses and wins.” He said, “Because I noticed people went huge and had huge successes, they sometimes forgot about the actual acting of it. And sometimes it’s hard to come down from the perch.” He said, “If you always look at another job or another opportunity flex your muscles as actor or singer whatever; you will always be able to work.” It’s the absolute truth. Look at it now, what’s interesting is because of the internet, the ones (who) really can act, stick out more. Because you do see so much like, “Is that really good? Am I tripping? Is that really bad? They got this many likes but is it that really what I like?”

It’s literally that and I talk to Jeremy Piven, (Entourage) who I think is one of the most incredible actors. I said to Jeremy, “It’s tough.” He asked me what I meant. I told him, “It’s tough being a white male actor.” I said, “There’s a billion of you. There’s a billion white male actors Jeremy, and there are 9 of us.” There’s me, there’s Will (Smith, actor) there’s Samuel L. (Jackson, Actor), there’s a few others. They got to call me at some point. 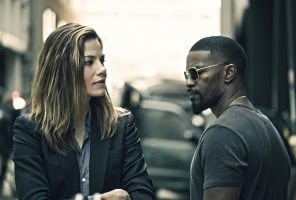 Q: What’s a typical Sunday for you?

Oh man! [Sighs] It is Football. I’m with my kids, my daughter and her niece and nephew live with us now. We will get up, we hit the breakfast, and we go out. I try to un-spoil my kids. They all owe me certain things. Like 100 shots in a basketball court or they owe me different things. Then we just watch football. It’s really fun, Sundays are fun, but there’s also a religious component as well. I think now my daughter has learned books of the bible and my niece and nephew are doing that too. Sundays are fun.

Q: Do you have any television projects coming up?

We have got a couple television shows, (one) called “White Famous”. It’s about a black comedian. All of us, black comedians, are trying to be mainstream but we don’t want to lose our edge. There’s Jay Pharoah (comedian and personality) who plays the guy. He’s constantly being tempted to do something. The episode is called, “Will You Wear a Dress?” Because in our culture, black comedic culture, there’s always been this thing that people say, “Man, I’ve got to wear a dress just to be funny?” I’ve done it. Eddie Murphy’s done it. We’ve worn dresses. In the pilot episode Jay Pharoah is like “You can have the part.” The thing is, is he thinks he’s getting one part, but the guy says, “No, you play the girl.” He says, “Ah man, I don’t want to wear a dress.” The guy says, “Why? This could launch you.” Then Jay says, “I don’t know.” He then comes to see me to talk about it, “Jamie Foxx wants to see you.” He comes on my set and I’m in my dressing room. When he walks in, I come around the corner and I already have a dress on. I’m in a dress all the time. I say, “What seems to be the problem?” So I talk to him, “You know something? You got to have the balls to wear this dress. It ain’t no trip. When I accept