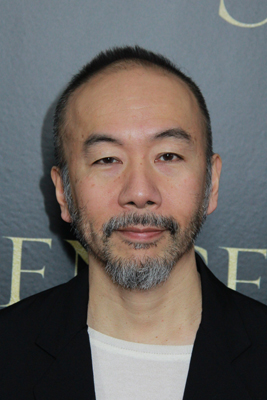 I have been a big fan of iconic film director, Shinya Tsukamoto, yet after I moved to the United States, I  have not seen any of his films. So imagine my surprise when I saw him as an actor in Silence; and equally surprising was just how good he is in the film. So when I had a chance to speak to him at premiere, I could not avoid to tell him that Hollywood has really nice union for director and nice theaters.  Also, I was curious what he learns from Martin Scorsese as a director and an actor. 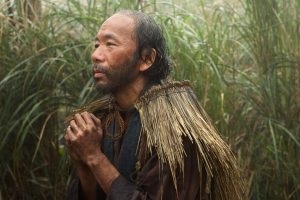 Q: You are both a film director and an actor. Could you tell us about how it feels to walk on the red carpet here at the Director’s Guild of America?

I have been looking forward to this moment. I took my first audition 8 years ago. It took 5 to 6 years for this film to even start. We finished filming one-and-a-half years ago. My heart is full of joy when I walk on this carpet. 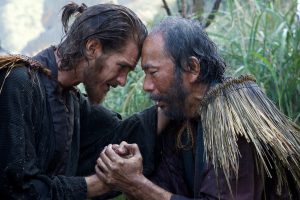 Q: You played Mokichi who is a passionate Christian in the film. Did your personal view of religion change after working on this film?

My family does not have a relationship with Christianity. I do not have particular religion so I had to switch myself to my character. Mokichi is an enthusiastic Christian, but I believe that the main point for this film is to tell us a message about the humans’ deep emotion through religion. I had to keep that in mind while acting. 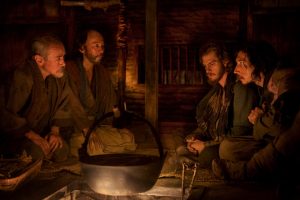 Q: I have thought deeply about what belief is after I saw the film. Did you ask yourself about it during the film?

I thought belief is important, but there is this pressure upon what we believe in our mind. Those forces come from above and it is unreasonable because it always connects with violence. I feel sorrow for that, because the tragedy exists in every period. Why can’t it be solved by peoples’ wisdom? I was thinking of those things while I was working on this film. 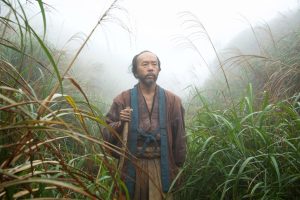 Q: As we know, terrorism and acts of violence are on the rise worldwide and often occur due to one’s radical view of their religion and those beliefs clashing with another’s beliefs. What are your thoughts on that?

People believe in different things, but some people can’t accept that and use violence. Believing different things can create violence. For me, these things are ridiculous and nonsense. A violent act warrants a violent act. This won’t end with “quarreling with one’s own flesh and blood.” I really had to think deeply about that. 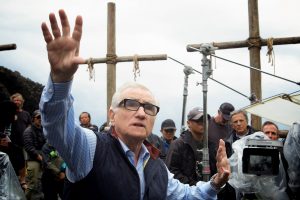 Q: Although you were in actor in the film, you must have taken mental notes working with a director like Martin Scorsese, what would you say your learned from him?

I learned a lot of things. I have been a big fan of Martin Scorsese since I was a high school student. I have a lot of respect for him and he is one of my favorite directors in the film industry who is still very active. Having the experience to work with him is supremely lucky for me. There are many things to learn from him. Every minute that I spent with him, was time to study. What I was inspired by the most, was the way he had a relationship between himself as director and his actors. He has a respect for actors and gives them the environment to act freely. Nevertheless, he not only gives the actor their freedom, but he takes their ideas to make his own style of film. I was surprised by that. I realized that he was like that when he worked with Robert De Niro in my favorite films. I learned a lot from this experience.