Jeremy Renner, producing the secret sauce for “The Founder” 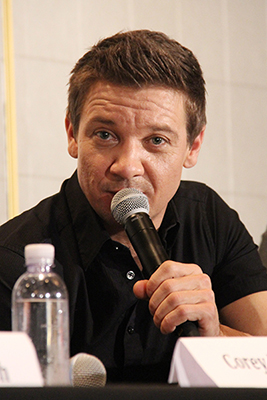 Jeremy Renner has brought fans some great characters over the years starting with playing serial killer Jeffrey Dahmer in the 2002, Dahmer to his most recent role playing Hawkeye in The Avengers. Now Renner has a new roll is Producer for the upcoming film The Founder. Renner shares why he was attracted to this story, and why capitalism is the most interesting part of this movie. 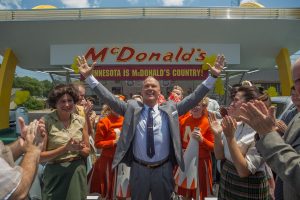 Q: How did the story of Ray Kroc (played by Michael Keaton) find its way to you and inspire you to produce this film?

For me it was a movie where the story told itself. What I always look for is what’s the world this story is told in and we’re telling the same Greek mythological stories over and over again and this is definitely one of them. It’s a world we already know. It’s McDonalds. It is emblazoned all across the world. That made it kind of easy to see on the big screen. Also, I love stories where there is a lot of grey.

There couldn’t be more grey than in this movie. You have a hero that’s flawed, which I love, and we have an anti-hero where you can find sympathy, or (you) understand the reasons. There’s a lot of grey; it’s not black and white. Our writer and director haven’t force-fed any sort of particular value or moral righteousness to the audience. They just kind of spell it out and you choose what to think about capitalism and morality of capitalism. That greyness to me is just sexy, and I love it.

Q: With you being such a strong actor who is known to play complex characters, was there any point where you considered taking a role in the movie?

I always consider playing every role in everything, but I never consider the sense in actually doing it as far as developing each character. You want every character to be strong and not just be a device to tell the story. That’s sort of my part creatively in the output of the movie. I can’t because (the cast) is much better at that stuff than I am. Look who we have here at this table [points to cast]. I’m so glad we got the (people) we got.

Q: I found this to be a very interesting story and even more so because it surrounded a real-life person with a large dream and appetite for success. Many will say that if you want to make the American Dream work, you need to have passion while others believe you need to be very cold and greedy? As a successful actor, you too are in a cut throat industry, what is your take on this?

If I have a black heart, it has nothing to do with me being an actor. It may be coal; it was born black coal. Look, I am an out-putter. I believe in the output. That’s what I do for a living and I if get somebody to take it, buy it, awesome. I’m as happy doing what I love to do expressing the human condition. There’s no competition if you ask me. It’s how people perceive things. There’s nothing to compete with, except myself perhaps. Out-putting truth; there’s no competition. It makes me gooier inside than I want to be.

The Founder is currently playing in theatres nationwide.