Bryan Cranston infiltrates the world of acting with hard work, sacrifice, and making out with girls? 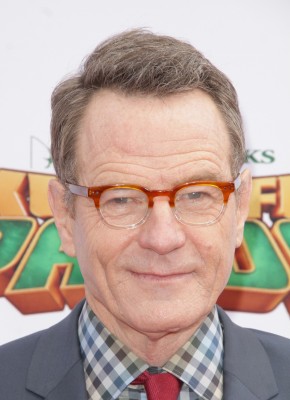 Bryan Cranston has done it again, and this time he amazes fans with his phenomenal acting skills playing a federal agent, who’s undercover playing the right hand man of a drug kingpin in The Infiltrator.  Cranston nails the role of real life undercover agent Robert Mazur in the film, which is based on Mazur’s book of the same name. Don’t be surprised if this role garners Cranston another award; I know I would vote for him. 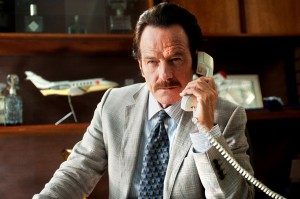 In our interview with the former Breaking Bad star, Cranston reveals what kind of a real life undercover federal agent he thinks he would make and shares memories of when he first decided to become an actor, as well as what he sacrificed along the way. We also got a little inside info about the Power Rangers and Better Call Saul !

Q: What kind of an undercover guy do you think you’d make?

Now I think I’d make a pretty good one. I’m used to being undercover, but only pretend. Oh you meant real? On, no. No, because for that very reason that I have a bad day and I go home and “Oh, it didn’t work. You know what? It’s terrible. We’re going to have to re-shoot that scene because it just didn’t work.” That’s the repercussions in my world. I can fully divulge everything to my wife, whether she wants to hear it or not. He didn’t have that luxury. Early on, I was going to be a police officer. I thought that’s what I was going to do and to be a detective, but not necessarily infiltrate. 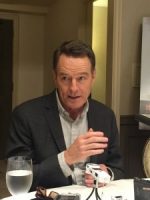 Q: What hindered you in that?

Girls. Girls in theater class. It was like, [makes dog sound effect].  I’m 19. Second year in college and I went, “You mean there’s that?” That’s available, and they outnumber boys like 8 to 1. One of my first scenes in my first acting class. I read it.  A boy and a girl on a park bench making out. Oh my God. It was, “Oh my God. I read it again. It was like, “So my job is to make out with a girl. Oh my God. This is possible.” Once that turned my head around I realized, O.K., all those initial emotions aside, if I’m going to do this, I need to learn how to do this, and I mean really do this. That’s what drove me deeper into and very seriously into how does one become an actor? 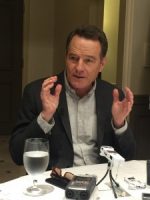 Q: I interviewed Aaron Paul (co-star from Breaking Bad) about a month ago, and asked him if he splurged at all with his Breaking Bad money and he shared that he paid off the mortgage on his parents’ home. What did you do to treat yourself?

I don’t really think in those terms. When I decided to become an actor, when I was 22 years old, I knew that that decision meant I was in for the long haul. This is my life. Like a lot of young actors, they’re not even actors, there are people who want to be in the limelight, they like to be on television or movies or they become the fame or fortune. That’s not an actor. An actor is someone who enjoys the empowerment of telling stories. That’s an actor. When I decided to do that, if it meant that I was going to share an apartment with three other actors to, I’m 60 now, then that’s my life. That would be it. From the very moment I started working, boom, save. The more I can save, the longer I can be an actor. If I spend, spend, spend, that means, “Oh my God. I have to get a real job that takes me away from acting.” I worked as a waiter every single weekend. Every weekend, for years. Why? I didn’t care about parties. They meant nothing to me. Weekends you can make the most money. I volunteered for every weekend shift. I worked double shifts on Saturdays, double shifts on Sundays and most Fridays. People wanted off on the weekends. “I’ll take it. I’ll take it.” They always came to me. “You want it?” “Yep.” “Take it.” It didn’t matter to me. What mattered to me was staying free Monday through Friday so I can audition as an actor. 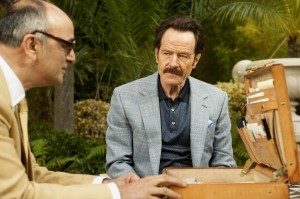 Q: Bob must have been a good actor to succeed as an undercover agent, especially considering it was his life at stake not a critic review or ratings. How would Bryan the award winning actor rate Bob and did you learn anything playing Bob the character from Bob the agent?

It’s very easy for me to get in to being another character.  What I learned from Bob, what I had to take on was the specificity of what he had to do. As you see in his manner and demeanor, he is a triple check, quadruple check kind of person. Crossing “T’s” and dotting “I’s” and making sure, making sure, which was nice because Emir (Abreu, played by John Leguizamo) wasn’t. He was an impulsive, spontaneous guy and together they made a very interesting team and are friends to this day. 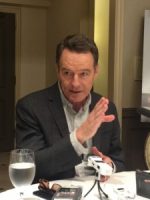 Q: I understand you were involved with the Power Rangers years ago. What do you think of them making a comeback?

I did dubbing voices for Power Rangers, the series, 35 years ago. I can tell you that I would not have accepted that role if the script wasn’t good. There’s no loyalty to something that I did 35 years ago. They’re completely changed this tone. It is not the television series at all. It is a fully realized, updated, reimagined approach to telling this super hero story and I hadn’t really done a super hero thing so I was kind of intrigued. ”Oh, that sounds interesting. Let’s try it.”

Q: Do you stay in touch with Vince Gilligan?

Oh yeah. All the time. We’re friends, so we see each other constantly.

Q: Any chance of a Better Call Saul cameo?

It’s possible. I would do anything for Vince, so if he called it would certainly be something that I would say “yes” to before the conversation was over.

The Infiltrator opens in theaters nationwide on July 13th