Romano, Leguizamo, and Latifah: Prepping for another freeze and surviving disaster

This Friday, the crew from Ice Age is back and this time the epic pursuit of the elusive acorn catapults Scat into the universe where he accidentally sets off a series of cosmic events that transform and threaten the Ice Age World in Ice Age: Collision Course.  To save themselves, Sid, Manny, Diego, and the rest of the herd must leave their home and embark on a quest full of comedy and adventure, travelling to exotic new lands and encountering a host of colorful new characters.

We chat with the voices behind three of the most beloved characters of the franchise,  Ray Romano (voice for Manny), John Leguizamo (voice for Sid) and Queen Latifah (voice for Ellie).  The crew talks impressing kids, growing up in the ice age and preparing for disaster. 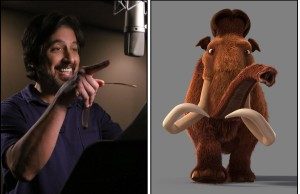 Q: Now having five Ice Age films in the franchise, do you ever pop in a previous movie to remind yourself where you’re at, or do you have a trick that gets you back into character?

Ray Romano: Well, I’ve always had this one line from Ice Age that gets me back in character. And that’s when Sid is telling me they’re migrating to the south and I’m going north and I just say, “I’m not going, Sid.” And I just say that over and over. I’m not kidding. Every recording session I just say that over and over because people think, I’ve said this before, people don’t think I’m doing a voice. But in my head I’m doing a voice. [laughs] 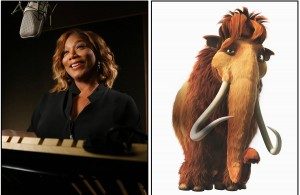 Queen Latifah: I just say, “Manny. Manny. Manny!  MANNY!” With a real kind of nasally voice, repeating “Manny” over and over because I’m always saying it. And that kind of lets me back in the family again. But for me. It’s kind of like, just the word of another Ice Age movie, it’s almost like a magical thing that comes from the pipeline of your people. Whether it’s your agent or your manager. “They’re talking about another Ice Age.” And then seemingly magically it comes together and you’re in it and you’re part of it. Everything works out and it’s time for you to start making it happen and you get this script. It’s exciting because I’m gonna be a hero to my nieces and nephews again who call me “Auntie Elle” for months at a time. And it’s something that lives with them. I mean we’re all really talented actors and we can make the most R rated, raw — we can go there, but to be able to have something we can give to the kids is something that sits with them. It’s something they’ll remember. It’ll be a part of their childhood memory. They’ll grow up remembering the Ice Age movie they saw and where they were and what the popcorn was like and who they went with. And that to me gives me life experience and that’s really cool. 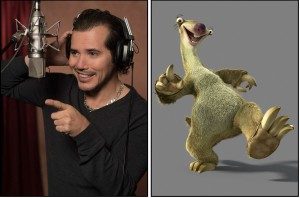 John Leguizamo: I’ve met 20 year olds who grew up with Ice Age now. They’re 20 and they were five when the first one came out and now they’re grown people. I was a lot older than 15 when this started.

Q: Ray, your kids are the age that where they are starting to bring people around that may or may not be auditioning to be a part of the Romano family. How are you handling that?

Ray Romano: Well, my daughter is out of the house already. She’s out of the house for two years now, but when she was in my wife was in charge of hating the boy she brought home because my wife had an issue with every guy. And I was sitting back and I’m kind of over protective too, but she was taking that role.

Q: Do little kids ever approach any  of you once they hear your voice, because you sound like your Ice Age character?

Ray Romano: I think the parents usually tell the kids first. It could go either way then.

John Leguizamo: It always goes bad for me. Because Sid is a cute character and then kids see me and they’re horrified. I try to warn dads that it’s not going to go well — that this has happened before. I do the voice and the kids get freaked out.

Ray Romano: They can’t put it together. They’re not putting it together. But then there are kids that are fascinated by it. It goes either way, but it’s fun.

Ray Romano: I had to leave a voice message once as Manny.

Q: Do you have apocalyptic kits and what are in them?

John Leguizamo: I live in New York so I do have one. Because of Sandy and 9/11 so I had a kayak for four people, Hazmat suits, and gas masks.

Queen Latifah: I have one. It’s called a Bible. [laughs] I crack it regularly just to make sure.

John Leguizamo: You’ve got a lot of responsibility to rebreed.