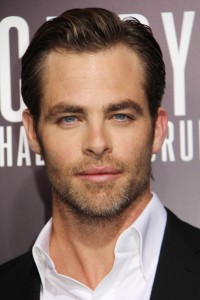 In Jack Ryan: Shadow Recruit, Chris Pine is the fourth person to play the role of Jack Ryan. There have been films about Ryan before, based on the Tom Clancy books, so we wondered which Jack Ryan he referenced to play this youngest version. His answer: 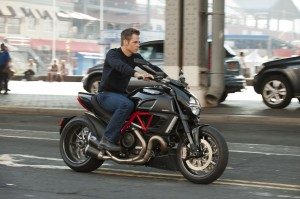 “I’ve always loved the series. I’ve always loved the spy genre, fiction and films, so I was just kind of well-versed with the Clancy universe, having watched the films growing up. And looking at the character and re-watching the films, I think what I most enjoyed, for me, was the difference that I saw in how Alec portrayed the character and how Harrison portrayed the character. With Alec in Hunt for Red October you have what Alec does really well — which is this confident, intelligent, analytical man who knows what he knows and is not afraid to say it. With Harrison, with his tweed coat and his Volkswagen Jetta, he’s the humble intellect and he’s what Harrison does best, the classic reluctant hero. And I thought somewhere in that was kind of a great way to begin looking at the character.”

But he also had his own Jack Ryan in mind and he tried to portray that with the appearance of the character. 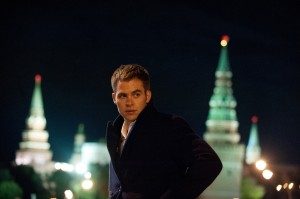 “I remember in the beginning there was a big discussion about the suits or the wardrobe. Our costume designer brought in all these beautiful Ralph Lauren suits and very kind of banker suits that looked awesome, and they were sharp as a tack. But the image I kept on going back to was Harrison Ford in his tweed jacket, his kind of misshapen tie and his Volkswagen, and I just thought that that, to me, was the character. You didn’t care about suits, you didn’t care about fancy watches. He had a $10 haircut and that’s the kind of guy. That certainly gave him kind of a Men’s Warehouse look, but I thought that, especially given that he was working on Wall Street, he was that guy. He was the odd man out. He wasn’t the guy with the Lamborghinis and the guy that could notice a nice Ducati but didn’t have one himself. Ken (Branagh, director) and I talked about that a lot, how here’s a man whose trajectory at such a young age, at twenty-whatever he was-one, already getting his PhD at LSE. We did the chronology, and it doesn’t happen often at all. He’s a man that would have gone into the private sector before 2001 and made a fortune, I’m sure. But because of the man who he was, he is selfless in nature. He’s not the kind of classic American capitalist. He’s something different. So for me, he wasn’t Jason Bourne with all of his sexy kind of kung-fu tricks. He wasn’t James Bond with his great suits and his Aston Martin and a bevy of beautiful women. He’s a man whose virtues lay in a different ballpark and they were something much simpler.”