“Dark Places” star and producer Charlize Theron has experienced tragedy in her own life like her character but she says, “There really aren’t any similarities” 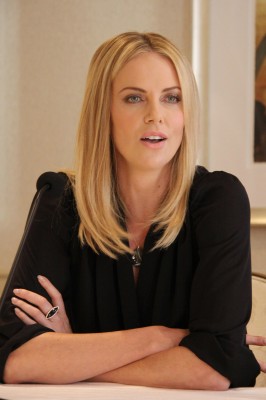 OMG! She is very beautiful and sharp! When Dark Places star Charlize Theron came into the press conference room, we couldn’t take our eyes off of her. Charlize produced the film, based on the book with the same title by Gillian Flynn. A dark, complicated female character is the lead and she had a tragic experience. Did she pick this project because she had a similar tragic experience (her mother shot her dad because of DV)? Charlize has played other dark female leads before such as in Monster, so does she like dark stories and characters? She answered these questions and more. 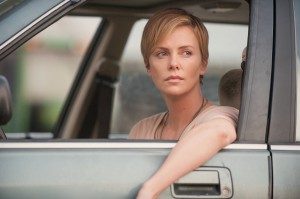 Q: Are you attracted to particular dark stories like this, and angry troubled women?

Gillian (Flynn, author) and I were talking about it this morning. It’s really interesting when you write and get to play a woman that is layered and conflicted and has certain human attributes that might not be that attractive, which is part of the human condition. I think because we haven’t seen enough of it in cinema, it kind of sticks out like a sore thumb, and people comment on it the way you just did. What we were talking about is at the end of the day they’re really compartmentalized characteristics. They really are just part of a full human being, especially a woman. It’s only I feel like in the last decade since cinema in the ’70s, that we’ve seen women who are if not more conflicted than men kind of resurface and people are talking about it because there has been such a lack of it. So I can’t say that I’m attracted to angry, dark people. I think what I’m attracted to is characters to me that feel very truthful to the embodiment of a full woman. I think it’s just refreshing to kind of see women like Gillian write women like that and to have been given the opportunity to get to play those women in the last ten years. It feels authentic and real, that’s all I can say. 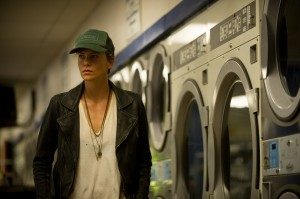 There really aren’t any similarities. The circumstances of this tragedy has absolutely nothing in common with the tragedy that happened in my life. I think that the correlation that I believe people can relate to is that we all come from this family structure that we don’t get to choose necessarily and I have yet to meet somebody that doesn’t have some form of skeletons in their closet from the family life that they lived. I think that there is something that is very relatable in the idea that you hit a certain age later in your life where you realize you have to kind of pick up the rug and see what’s underneath it and kind of deal with stuff. I think it’s a very easy assumption to make that because I had a very tragic event happen in my life that was why I wanted to make this story and it couldn’t be further from the truth. 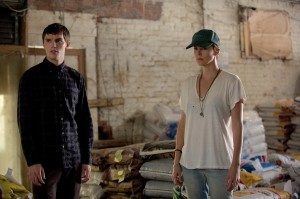 It’s very simple: Go see them! You know, people always say to me, “What’s wrong with Hollywood? They don’t want to make female-driven movies,” and that is not where the problem lies. The problem lies in society. When we make these movies, nobody goes to see them. So it’s a social issue really, more than it is a Hollywood issue. It is a business at the end of the day and they make movies that they find there is an audience for. But I do think that there has been an incredible shift, especially in the last couple of years. I think I can make it as simple as saying, once you get a taste of the real thing… I can definitely tell you that there was a definitive moment in my career where the more I started exploring these darker, fucked-up characters, the more people were emotionally tapping into them because there was just something authentic about them.

I remember doing a film with Jason Reitman (Young Adult), which was probably the most despicable character that I have ever played, and I remember that after every screening people would come up to me and say, “I know that character,” or “I am that character,” whispering it to me so nobody knew that they were saying it. But I think that there is an element when you make a film that is a bit like holding up a mirror to society. I think good filmmaking is when you really hold the mirror up truthfully and you don’t angle it, you don’t hide things with smoke and mirrors, but you really hold it up truthfully. I think women are starting to be represented that way and I think people are responding to it. It’s fun to watch women do that stuff. I remember when I started out, I wanted to be Jack Nicholson in The Shining and I wanted to be Robert De Niro in Taxi Driver. Where are those roles for women?

Ok, everyone, we should go to the theater to see this film, not only because this is a well done film but also to support more interesting female-driven films.