Original voice of Goku from the “Dragon Ball” series, Masako Nozawa, gives advice to people who want to be voice actors 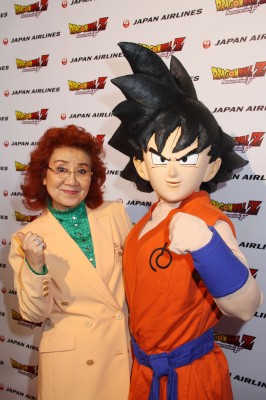 Masako Nozawa, a veteran stage actress and voice actress, has played leading characters in various popular Japanese animated films and TV series including Goku in the Dragon Ball series. Growing up with Japanese anime in Japan, it was an honor to speak to her in Hollywood. And I discovered she is very funny and full of an energetic personality. Since they canceled my one-on-one interview with her, I was only able to talk to her on the red carpet at the premiere of the newest Dragon Ball series film, Dragon Ball Z: Resurrection ‘F’, but it might be great for all Dragon Ball fans. 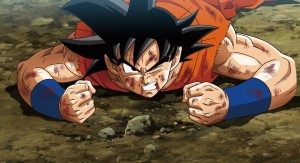 Q: Before you came here from Japan, you said that you wanted to spread the popularity of Dragon Ball globally. How was it actually seeing the fans gathered here (premiere event at Hollywood)?

I was able to feel firsthand how much everyone loves Goku – it’s the best! I thought, I want everyone in the world to feel this way. Anyone can ride the “Kinto-un (flying cloud),” and we can ride it together. We can go anywhere, so call it! 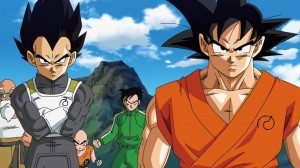 Q: How would you like to spread the popularity of Dragon Ball moving forward?

Well, I don’t think of it as spreading the popularity of anything. I want it to spread naturally. I think that if people watch the films, they’ll naturally become big fans of Goku. So, I want everyone to see it and become Goku’s friends for life. 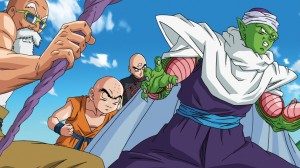 Q: Do you have a particular scene or moment from your work on the Dragon Ball series that really made an impression on you?

With this film, the battles are wonderful. They’re amazing. And Goku, he really treasures his friends. So, I love his reaction when Krillin gets taken out. 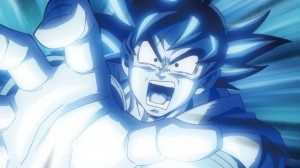 Q: Do you have any advice for newer voice actors, about the challenges of only using your voice to act?

The main difference between voice actors and screen actors is that screen actors can use their bodies as a form of expression. For example, if a rock fell on your foot, shouting “Ouch!” is one form of expression. But, just hearing that you wouldn’t be able to tell how big the rock was. With screen actors, you can see everything, and they can express the pain with their bodies. But it’s different with voice actors. We have to be able to express that pain, and how big that rock was, with our voices alone. That’s a major difference. 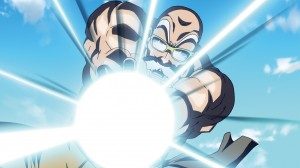 Q: Do you have any advice for young voice actors?

People-watching. You have to become all sorts of people who are not yourself, so you need to just watch the people around you, and lock them up inside yourself for later. 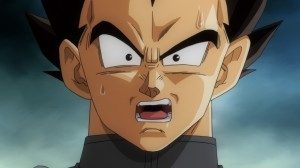 Q: What is the highlight of this film for you, and do you have a message for your fans?

In a word, the highlight would be the battles. Because they’re awesome. They’re insane. I want everyone to really pay attention when they watch them. Also, there are times to catch your breath. There is a good mix of intense action and more relaxed scenes, and I think that contrast is great. I want everyone who saw this film to tell their friends how great it was, and invite 10 of them to see it with you! If that happens, I’m sure it’s going to be huge!