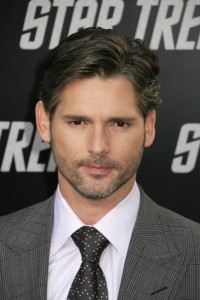 Eric Bana has had an interesting career. Usually comedians have a hard time getting dramatic roles, but as a former stand-up comedian and comedic actor, Eric mostly has received dark and serious stuff. His new film, Deliver Us From Evil, is also very dark. It is a supernatural film. Is he skeptical about exorcism? Does he now believe in exorcism? And What’s Up Hollywood asked him about his comedic talent. 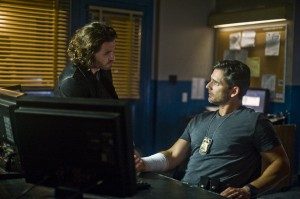 Q: Were you attracted to the supernatural elements of the film, or did the story’s dramatic aspects hold your attention?

It’s a bit of a mixture. I liked the fact that the character was initially very skeptical because I thought it was better for the audience, particularly and potentially a lot scarier to follow someone who doesn’t believe in it at all and slowly he’s dragged into that world and forced to have to deal with it. I thought that was better, more interesting, because ultimately I think that makes the film scarier in the end. 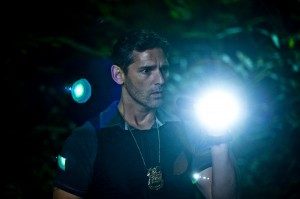 Q: So now you believe in spirits after doing Deliver Us From Evil?

I don’t think it’s that simple. We try and comfort ourselves by letting ourselves off the hook – you either believe in this stuff or you don’t. What I’ve learnt is there are a million shades between there and there and it’s just not that simple. This is really rare. It’s not like if you choose to believe, “Oh, this s**t’s going down in my suburb,” you know what I mean? It’s not like that. It’s extremely rare, some of the stuff Ralph Sarchie came into contact with. So yeah, I feel more knowledgeable about it than I did before, and Scott knows so much about this subject matter both historically, culturally, and factually. So I really relied on him as a resource. 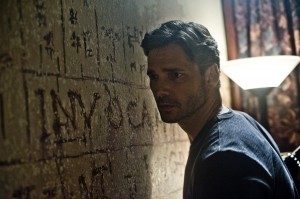 Q: Where did you get your comedic nature? Is it in your DNA or did you receive training?

I had a couple of uncles who were quite funny. (They) were smart asses, you know? I probably took after them a little bit, so no, there is no training. I guess it’s how you see the world. I’ve always seen the world as a bunch of comedy sketches, that’s how I see everything every day. That was my background in Australia was stand-up comedy and a lot of sketch comedy. I was probably better at the sketch comedy than I was with the stand-up comedy because I was a more prolific writer when it came to sketch comedy because that’s how my brain works. 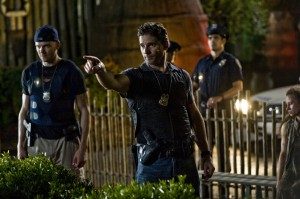 Q: One day, we can see you on Saturday Night Live?

Probably never. I did so much sketch comedy on my own show over the years that I have no desire to do Saturday Night Live. When Funny People, the Adam Sandler movie, came along and I read that, I was like, “Yeah I’ll do that.” If I found another comedy that I wanted to do, I’d do it. Most of the stuff I get sent is pretty dark and pretty serious. It’s not my fault! I don’t know, it’s just the way it’s worked out. I’m open to it. If the right thing came along, I would do it. Maybe I just need to write my own (comedy).

Deliver Us From Evil opens in theaters July 2nd.