What language does he speak in his dreams? Multilingual “Deliver Us From Evil” actor Edgar Ramirez speaks Latin in his new movie 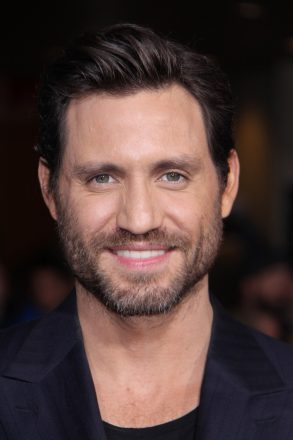 Edgar Ramirez plays an exorcism-performing priest in Deliver Us From Evil, and yes, he researched a lot for the role. He revealed his college major, journalism, helped his acting. And he also has his own opinion about journalism which has changed a lot recently. Plus, since he speaks FIVE languages, what language does he speak in his dreams? And yes, we got some information about Point Break! 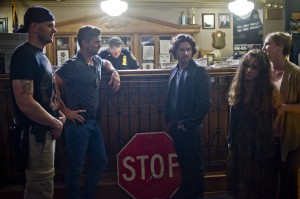 Q: No matter what the genre, epic or small-scale, is it always the same kind of methodology to do research for your roles?

Actually, I think that my training as a journalist has become very handy as an actor, because I always try to approach my character from different angles. I do a lot of research and if you interview me again, you’ll see that the word “interview” comes up very often. It’s like, “I had interviews with priests” and “I had interviews with extreme sport athletes.” I always use the word interview, because that’s the exchange of gathering information and trying to understand their circumstances from which your subject is speaking from. 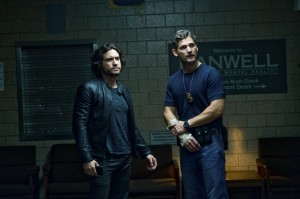 Q: People love reading tabloid stories more than journalism stories. How do you see journalists now with being an actor?

My aspiration was to explore human nature and try to understand the extent of the human condition. As a journalist, I was also trying to do that, trying to understand and trying to answer certain questions that I was placing on myself every day. As an actor now, I’m doing the same thing but probably from a more poetic point of view. But in the end, what I do through my characters and through the understanding of my characters is get to explore and also to understand the extent of the human experience. In the beginning when I decided to become an actor, many of my friends thought that I was crazy because I was changing careers so drastically. In the end, I think the search is the same one. I think now I’m in a different boat, but I’m heading towards the same harbor, which is trying to understand the extent of the human experience, but just from another point of view. I could have been an anthropologist or a psychologist or a sociologist. In the end, it’s about analyzing the human experience. I think that I’m an actor and that I’m also a journalist out of humanist reasons. 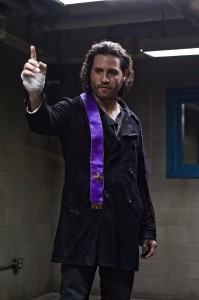 Q: Since you speak multiple languages, in what language do you dream at night?

It depends where I am. Right now we are preparing and we’re going to start shooting the movie in Germany, and German is my second language, so after one week in Germany I start to dream in German. If I count, I go in German. I don’t know why, but I always count in German. If I count my tips or anything, I always do it in German. If I curse, I do it in Spanish, and so forth. There are certain things that you do in one language or another. English is very, very handy to write tasks, things that you need to do. It’s great to do it in English. And of course if you talk to Siri in English, it’s easier, and things like that. The thing is, I always learned the languages in the place where the languages are spoken, so I have a very emotional connection to the language. So it’s not intellectual; it’s emotional. They respond to very specific moments of my life and then somehow I develop this relationship with the languages.

Q: In the Point Break remake, you are playing Bodhi. Have you already started working on that?

No. We start soon. I’m very excited about it. I’m a huge fan of the first movie, the original one, because it’s not going to be a sequel or a different movie, but keeping the rebellious and subversive and anti-systems spirit of the first one. So we’re very excited.

Deliver Us From Evil opens July 2nd in theaters.