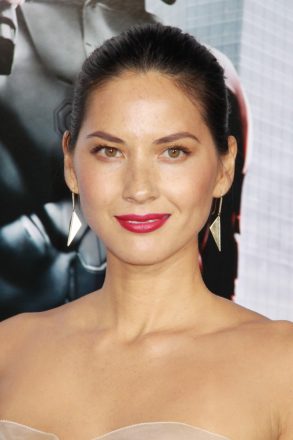 Olivia Munn confessed that she is a horror movie fan, especially if it is based on a true story. Does she believe in the supernatural? What is her faith? Growing up with mixed cultures, Olivia says that special experience has affected what she believes. 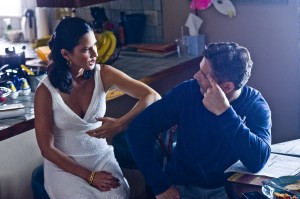 Q: What attracted you to this role?

I love horror movies in general. But in particular, I really love horror movies that are based on a true story. The thing that was most compelling about this to me was that it was based on the true accounts of an NYPD officer. That was really interesting because it’s not just like, “Oh, this story from this one guy down the street.” It’s actual. It’s an NYPD sergeant. And obviously it’s a Jerry Bruckheimer movie with Eric Bana and Scott Derrickson directing so those are all obviously very exciting opportunities. 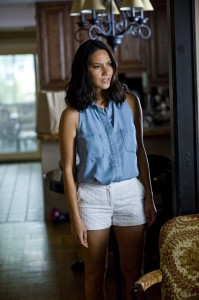 Q: With a mother who is Chinese, and living in Japan from eight years old to sixteen years old, how have you grown up with mixed cultures? Did these experiences affect your faith?

That’s an interesting question. Growing up with a mixed culture, I think the thing that it has done for me the most is that I don’t feel like the world is so small. Sometimes I think when I’ve seen some of my friends who haven’t had the chance to experience other cultures or even travel, they feel like the world is just kind of the world that they know. In that sense, I do feel that there is more of a connection with people in general. Also, I look more white to people but I identify with the Asian side of myself so much more than people would think because I was raised by my mother, all of her brothers and sisters and the Asian side of my family. I think what I found from being in a mixed identity family is how connected I do feel to so many people, regardless of what we look like on the outside, that there is more of a connection. I think that comes with faith. I think how we treat each other, it’s a direct connection to what we believe in our faith. I think just to have faith you have to be nice to other people, that that matters. I think that comes from something innately good, in a faith, in a belief, in the power of being good. 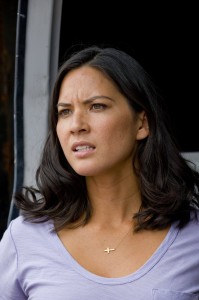 Q: Being on both sides as a journalism major at college, with a career as a reporter and being an actor, how do you feel about the collapse of traditional journalism and the rise of the tabloid culture?

I feel the frustration for journalists right now because I believed going into journalism that when you go into becoming a journalist, your intention I believe is to just tell the story, ask the questions that need to be asked, and ask questions that help raise other questions, whether it be entertainment journalism or weather journalism or sports journalism or hardcore news. That’s always the intention. And right now with so many different media, so many different blogs, we’re all competing. All the journalists are competing so you have to go for the most salacious thing, get this headline, get this. It’s frustrating because sometimes I think, “That’s not the title. That doesn’t really…” Sometimes I think that the only title that somebody could use that would make sense for me is “Olivia Munn hates headlines.” [Laughs] That’s the only accurate headline you could use because everything else, I’m like, “I didn’t… That’s not really… Well, okay, what can you?” That headline gets perpetuated over and over. But I also understand because you have to understand because you’re trying to compete with everybody else and trying to get those hits. You have to pay your bills. You have to feed your family. I think it’s very unfortunate, so what we’ve done is we’ve created this society because of our ADD, the way that we ingest media, switching channels all the time, going to this blog, going to that blog, going to this blog, not buying newspapers anymore, we are changing it and yet we complain about it. You’re right. There’s so many viewers. There’s so many readers of tabloids and yet they say they hate it. But clearly they’re reading it. So I just think people need to be more honest with themselves and honest when they speak out loud. It’s okay to like tabloid stuff, I think. If it’s entertainment for people, it’s entertainment for people. Like who cares? But at the same time we need to be supporting journalists who are trying to do their best to keep journalism alive. If that means for every two tabloids you buy, buy one newspaper [laughs]. For every three entertainment blogs you hit, hit up one journalist blog. But we have to make that effort together. Now whether or not that happens, who knows?

Deliver Us From Evil opens July 2nd in theaters.