Melissa McCarthy tells us how she is like a Cheeto 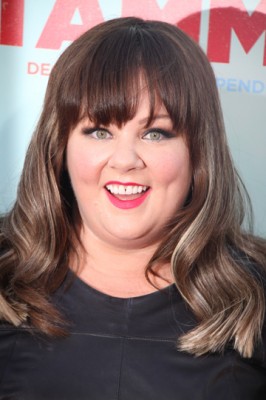 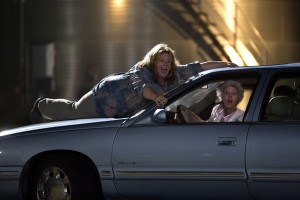 Melissa McCarthy is as outrages and as wild as ever in her latest film, Tammy. The Oscar nominee plays Tammy an out of her luck woman, coming off the worst day of her life, fired, cheated on, and her car wrecked. So she decides to take off with her grandmother (Academy Award winner Susan Sarandon) to sponsor a ridiculous road trip destined for Niagara Falls. This is the road trip comedy for some summer fun. McCarthy talked with WhatsUpHollywood.com about the film, how she is like a Cheeto, and her weird music mix.

Q: Tammy describes herself like a Cheeto, meaning you can’t help yourself from having just one but returning for more and more, do you see yourself as a Cheeto?

Don’t we all? No, one of the things I love about the character Tammy was her confidence right or wrong in her world. She believes it. I always love playing that. I think someone has to be justified, because her point of view, she was great and the fun of playing that character is that even she realizes throughout the film, and perhaps doing a lot of things poorly you see her make this little shift of maybe she becomes the Cheeto she’s always thought she could be. Go buy a Cheetos bag!

Q: Tammy moves well in this film and the soundtrack is great. What songs get you dancing? 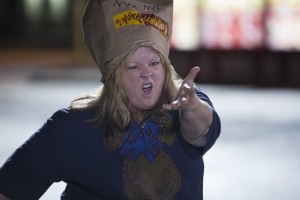 Lately? Oh, I have the weirdest mix, but you know what I keep playing over and over Skee-Lo’s, it was like eighties, I wish I was a little bit taller I wish I was a baller. In my car there is a lot of weird dancing, and if I get caught it would be very embarrassing. Hands are up, not on the wheel. But it’s usually like a lot of eighties hip hop. I have a really weird mix. Ill dance to anything.