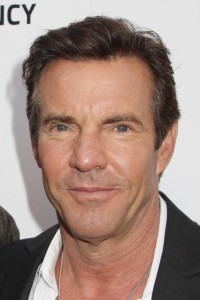 Dennis Quaid plays an ambitious farmer struggling to survive in today’s competitive agribusiness in “At Any Price”. Since this movie portrays the modern lives of farmers who work in a cornfield, Dennis did some research in order to enhance his performance.

“My grandfather was a cotton farmer in east Texas, and I spent a lot of time in the summers up in rural Texas. It’s a much different world. I basically parachuted into this movie from another film I was doing at the time called “The Words” where I was playing this jaded, cynical novelist. Of course, Ramin and I had talked for months about the role and the movie. I’d done a lot of reading, but getting there, I relied on him. We shot on the Herman’s farm. Kevin Herman was the head of the family, and I just did everything that I could to absorb in such a little time what I could and kept going as we went along. The farmers that I met there were really really warm and good-hearted people.“

One of the themes of this movie was a father/son conflict. Henry (Dennis Quaid) is a desperate father who wants his son to take over the farming business and hopes to keep his family legacy going. Dean (Zac Efron) is Henry’s second son trying to break free from the small town, family obligations, and his father’s American dream. Dennis talks about his relationship with his own son, Jack:

“My oldest son, Jack, would be the nearest age (with Zac’s character.) We have a much different relationship from the one Zac’s character and my character had in this film. Henry is trying to pass down this farm to Dean, which is a tradition in farming because there’s actually a legacy to give. Land means something. It means Henry got it from his father. Dean gets it from Henry. But, Dean just wants to be a race car driver. It’s not a whole lot like my relationship with Jack, although Jack is going to be an actor. He is an actor, so I don’t have to decide (what my kids would do.) I would like my kids to follow their bliss.” 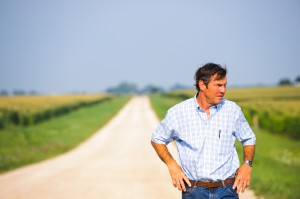 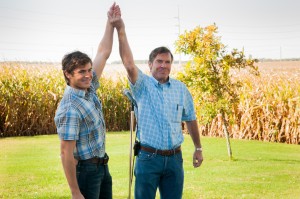