Dylan O’Brien escapes the maze to become an “American Assassin” 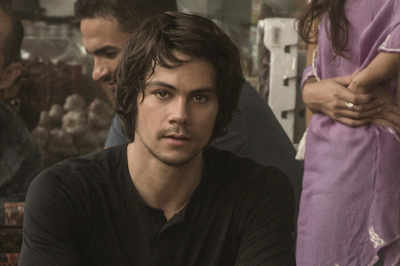 Maze Runner star, Dylan O’Brien is now 26 years old and found his escape route out of the maze and into an adult ensemble for his new film, American Assassin. O’Brien plays Mitch Rapp, young CIA black ops recruit who helps a Cold War veteran (played by Michael Keaton) try to stop the launching of a nuclear weapon in the Middle East. We chat with O’Brien on the shift into a adult action star and working with Hollywood Vet, Michael Keaton. 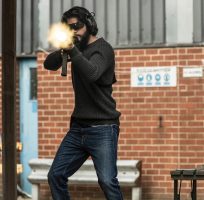 Q: You stepped completely out of the teenager shadows and into adulthood for this role, what was that like for you?

Yeah, well, the way I always thought about it was he’s obviously consumed by those kinds of things, as you said. Immediately in the aftermath of what he goes through. And his whole life getting flipped upside down. And I think it’s a whole part of the arc of this character that I always loved, was that kind of learning curve for him to, he always thinks that the revenge factor, the vengeance will be the answer. And that’ll ultimately be what heals him. And I think a big thing for me over the course of the film with this arc of the character, is that he has to, at some point, decide or learn about himself too, that this thing he went through, it’s never going to leave him. It’ll always be a part of him. And nothing is going to wipe it away. And so I think when he goes through that, he ends up seeing this other side of it, where he can be an asset for his country and he can kind of protect this from happening to other people. Ultimately I think he realizes that he will have to learn how to cope with this, learn how to live with this thing the rest of his life. But serve and protect, and that that’s the right answer. 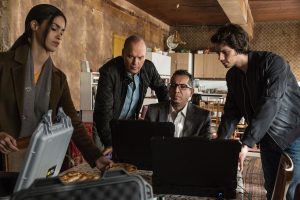 Q: You took a big a step forward in your career to work with a Hollywood veteran like Michael Keaton, what did you learn from him? Also what was it like to this time be the youngest member of the cast?

Yeah, I um, didn’t learn much from the guy (Michael Keaton) [laugh]. Yeah the biggest thing I can take away from working with Michael is working with someone who I’ve been watching as an iconic figure since I was a little kid, so it’s even more so iconic when that’s how you’re first introduced to somebody. They are always kind of printed like that in your head in a way. And then working with a guy who’s been doing it for so long, and then when you meet him he’s a cool normal smart guy who does the work, and goes home.

That’s ultimately the biggest thing I can take away from it really because I am still young in this industry, and I am still working my way up… And just slowly but surely working with guys who have been doing it forever. Since before I was born. And to see a guy, that a guy who has had this long career, and is still I’m sure the same cool guy that he always was.

He’s just gotten even cooler. That’s what I took away. [laugh]

Q: Learning Arabic, how was that? How long did it take? That was amazing to me.

Don’t be too amazed by it. It was one of the most difficult things that I ever had to do for a movie. And going into it, you always think too, that you’d be spending months on it whenever you see other people doing that kind of thing in a film. You’re like, alright cool, so I probably got to get started on that now. I think we are in pre-production at one point and I was like, “When am I meeting with uh, when am I doing a dialect session.” Yeah. So it was challenging to kind of try to get down last minute. And I wanted to even though with the character obviously he’s not fluent in Arabic, the idea is that he, that we sculpted into the film, was that he, we thought it would be a cooler thing to add that he taught this to himself, as part of his mission in the past year and a half. And I thought that was a cool thing, enough so to believably get himself into these, infiltrating these terrorist shells. So I didn’t have to be obviously perfect with it, but I still wanted to be pretty damn good with it. Because it had to be viable that this guy was being trusted by these people. And it was tough, I worked with several coaches, whoever we could get to set on the days I had to do it. And always just tried to practice as hard as I could. And had them record on my phone a little bit. I recorded them saying it so I could always have it in my ear and my head. And try to just get a good ear for it. And that was it. 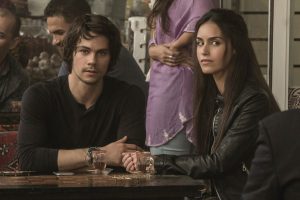 Q: Do you remember any?

Yeah I probably do, yeah.

Yeah! I do I could rattle it off, but that’d be just kind of embarrassing.