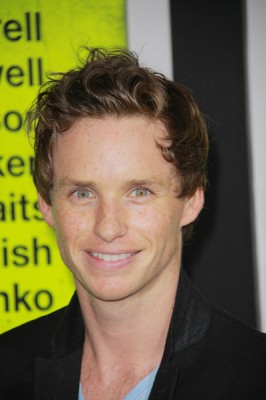 It is award nomination-worthy work by Eddie Redmayne! He did a great job playing the iconic scientist Stephen Hawking in The Theory of Everything. How did he research the role? Did he meet Dr. Hawking? What did he learn through this film? How did he see the love story within this film? Did he feel pressure since other actors like Benedict Cumberbatch did great work also playing Hawking? And Eddie revealed his girlfriend’s response to his nail situation! 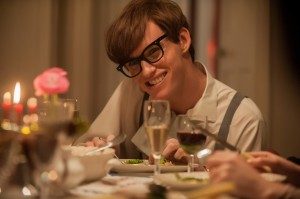 Q: How did you prepare for a role as a real life person who is a celebrity?

The second I got the job it was a mixture of formidable privilege and great trepidation for all of those reasons. All I knew is I had to immerse myself in the world of Stephen which is a pretty riveting world to enter. So I read as much of his work as I could. I tried to understand as much as I could, which was not very much. I would speak to one of his old students who would talk to me about the intricacies of string theory. I would say, “Imagine I am seven years old. Explain to me what an atom is.” Then there was the physical side. I spent four months in an ALS clinic in London and had a meeting with a specialist there who introduced me to people suffering from this brutal disease and their families. They were incredibly generous and many of them invited me to their homes so I got to see not only the physical effects but the emotional effects it has on families. Then I decided to work with a dancer to try to find that physicality in me. Then finally the last thing was meeting Stephen and Jane just before we started filming. 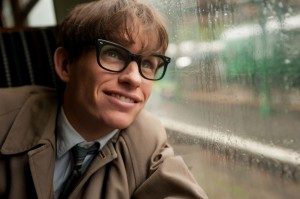 Q: What was the most surprising thing about him?

I knew he was a funny man but I didn’t know quite how funny he was. The humor and the mischief were the most revelatory in that meeting. As well, this odd idiosyncratic thing by which he can move so few muscles in his face yet it’s the most charismatic face I’ve ever seen. That was very interesting for me. When you can move such few muscles, every facility we normally have, tone of voice, gestures, all of that energy is channeled into these muscles that you can still use. So that was really cool.

Q: Other actors such as Benedict Cumberbatch have played the same character. Did that add more pressure to play this role?

Ben’s an old friend. He did a TV thing which was directed by another friend of mine named Phillip Martin and I heard it was absolutely fantastic and I thought long and hard at the beginning. Ben is an old friend, we did The Other Boleyn Girl together where I played Scarlett Johansson’s various husbands. So I thought long and hard about it and basically realized if I watched it I would inevitably try to steal the best bits, so I haven’t watched it yet. I am waiting to get through promoting the film to watch it. I don’t think I felt any added pressure. In our world if you do a Shakespeare play there are twenty people who have done it beforehand. That film [Stephen Hawking’s Universe] brought attention to Stephen in a wonderful way and I hope ours does. So I don’t think it added more pressure because frankly I was feeling quite enough pressure from having to play an icon anyway. 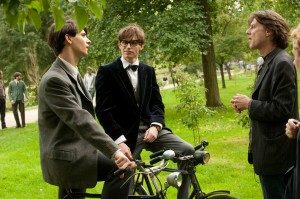 Q: Was it life changing for you to see him overcome so many obstacles and achieve so much?

Slightly in that way where we were saying before about just remembering that, remembering what obstacles some have lived. I hope that the film, although it is obviously about a very specific group of people and a very specific set of circumstances, I feel like everyone in life has limitations or being stopped by other people or by faith. It is how someone chooses to overcome them or deal with them that defines us really. 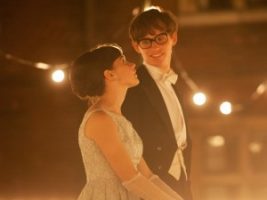 Q: This story is also a romantic film. How did you see that point of view?

What I loved about it when I read the script is that I thought it was going to be a biography about Stephen. The reason I fell in love with it is that it actually turned out to be a complicated, passionate and a unique love story with an uplifting ending but not a Hollywood ending. I love the fact that it feels to me like a dissection of love as young love, passionate love, love of subject matter, love of family but also the failings of love, the boundaries of love, the complications of it. So for me it felt very whole in that sense. It didn’t seem to be sugar coating things. 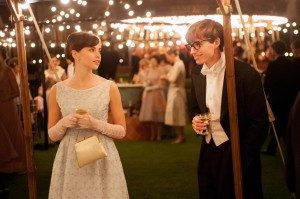 Q: Since you did Jupiter Ascending right after this film, was it hard to transform physically?

That was also another physical situation. What was interesting is I play this incredibly vain character out in space and I had to attempt to get a six pack and abs for it. So I spent months with a trainer. It was actually very interesting because it was when I was auditioning for this and the trainer I worked with had worked with people with ALS. So he was the first person to actually start educating me, and Lana Wachowski is a big fan of Stephen’s. In that film I had long nails, I don’t know why but he had long nails. So my poor girlfriend had to contend with me having long nails for five months. Then the day after it finished I had to stop eating protein which is all I had done because I had to lose 15 pounds then cut the nails. The next day I was researching Stephen, and Jane’s book describes how Stephen had started growing his fingernails as an act of defiance at the age of 21 and he never cut them. Well, he cuts them but they are long. It’s so funny because there is just one scene in the film where you see when they are breaking up, you see a close-up of his hand and you see this thumb nail which is slightly too long. When she saw the film, she was like, “Really? A whole year of long fingernails just for that close-up?”

The Theory of Everything opens in theaters on November 7th.