Ryan Potter from “Big Hero 6” is a nerd in real life like his character Hiro because he said, “I built the computer that I have now” 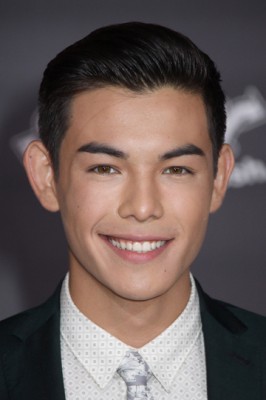 Hiro Hamada, the Japanese-American boy in Big Hero 6, is very much a nerd. He builds a high-tech robot, which the half Japanese actor Ryan Potter, who did the voice-over for Hiro, found in common with his character. We found out he is very nerdy too!

Q: How was the process of voice-over?

I would warm up my voice before I got there. The voice you hear in the film was what I sounded like, a year and a half ago; my voice has gotten a little bit deeper. But Hiro is up here, his voice is up here, his register is up here. He talks up here. That’s how I sounded a little bit earlier. As the film went on, I would warm up my voice, but we’d have to make sure the tone was consistent. That only happened for the last few recording sessions, where my voice had gotten a little noticeably deeper. We would always find that place, and I would always get back to it.

Q: What did you think about seeing people on the other side of the glass?

Q: Are you good at handling computers and high-tech stuff?

I’m all right. I’m okay. I built the computer that I have now. I didn’t build each and every piece, but I did piece certain parts of it together. I’m a big computer guy. I really love trying to make it faster, and make sure it runs smoothly. Because when it doesn’t, I scream at the computer. Because I’m responsible for what happens, because I piece it together, or because of whatever I do to it, I’m screaming, “I shouldn’t have done that!” or whatever.

Q: What are you a geek about besides building computers?

Anime, I love anime. Growing up in Japan, everything; Dragonball, Gundam, Pokemon, you name it, all that stuff, that is my childhood. Moving here, it translates to video games, to action figures, to collectibles; you know, stuff you can’t take out of the box. Those are not action figures, they are collectibles. Artwork by certain comic book artists that I have, it’s a series of one of fifty, and I got it signed by them, and it’s hanging on my wall. I am a nerd, through and through, and I’m very happy about that.

Q: What is your favorite?

As a kid, I didn’t really appreciate the cultural impact about that, but this film Akira. I mean, this film has influenced so many sci-fi writers, directors, and producers, whatever. It’s a Japanese animated film, and it’s probably one of Japan’s most important animated films of all time. As a kid, I was like, “Oh, it’s okay.” Watching it now, I got the special edition, and I sat down and watched both the standard and the Blu-Ray and the director, whatever; I watched them all. And I fell in love with it. So right now, Akira is my favorite.