Everyone is a geek about something! What are Jamie Chung and Genesis Rodriguez from “Big Hero 6” geeks about? We got the answer!! 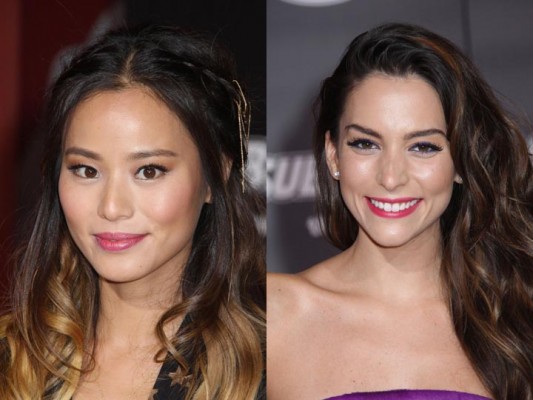 Genesis: Definitely. The efforts, I think, are just the strangest part. And you’re not supposed to move too much. It’s supposed to get a very clear, crisp sound. So you want to be doing all the action and they’re like, “Could you try to do that but without flailing around?” So you’re like, “Ugh. Ugh.” Like that. So it’s really hard. [Laughs] It’s hard.

Q: Usually they film actors while they’re recording their voice-over work. Have you seen any of your own movements on screen?

Jamie: When we auditioned for this, we did like a little scene. They took that and they did the animation to it. Just the sassiness and the eye rolling, I was like, “That is so on point.” [Laughs] It is very strange to see. And then adding like a little bit of freckles or… It’s fascinating what they can do.

Genesis: I feel like I did a lot of gestures for Honey. When she has her introduction scene and she’s kind of like mad scientist-ie, she did this thing where she kind of does this [gestures] and I remember doing that. I geeked out in that room and they got that. So I was so happy that they kept all those little quirky moments that I was acting out.

Q: Genesis, we heard you have experience with robot fighting, is that true?

Genesis: Very true. That was in high school. We had an all girls robotics team. I was a welder and I was also part of the pneumatics of the robot, figuring out how the robot moves and what actions it’s going to take. It’s kind of cool to actually do a character that’s so similar to your likes and needs [laughs]. So it was pretty awesome. They were happy once they found out that that’s what I used to do. 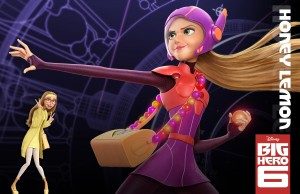 Q: Both of you used your ethnic backgrounds to play these characters?

Genesis: We were trying to figure out what her accent would be — if it would be more of an accent, if it would be less. For me personally, if I hear names… my manager’s name is Ivan which is “Eye-van,” but I could never call him Ivan. I mean, we speak Spanglish to each other. So he’s Ivan. Hiro is just the way it would be pronounced in Spanish and it could be maybe a term of endearment too. When you are emotional or connected to someone emotionally, you’re going to say it in the accent that you love them in. So maybe that’s [why] it’s in Spanish. 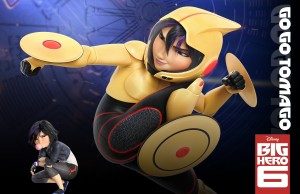 Jamie: Her name is Tomago but in terms of essence I think she represents a lot of different Asian communities. It’s funny because I don’t think white people get asked this when they’re like, “So, how does it feel to play like a white character but…” You know? It’s weird because most Asian people are very self aware of the cultural differences, like the Japanese heritage, the Korean heritage, which is all very different, or the Chinese heritage. But in terms of being an actor, it’s playing a character. Luckily, we’re able to do that and play different roles. It’s just interesting touchy topics because it does become an issue in terms of doing bigger movie roles because they really want someone authentically Korean to play a Korean role versus someone Chinese to play a Korean role. It gets very complicated [laughs]. But I’m just grateful to play these characters because ultimately the roles that I’ve played in the past are all very strong female characters.

Q: Jamie, being from San Francisco, what did you think of the city in the film, San Fransokyo?

Jamie: It’s so cool when they’re flying over the water and they’re like, “Oh, there’s Coit Tower,” but it’s not Coit Tower or the Golden Gate Bridge or a version of that. And then the mystery man is hanging out on like Treasure Island but it’s not Treasure Island. It’s so cool. Even the rolling hills and all of those scenic shots, it’s timeless and you’ve seen it before. But to see their version of it is even more extraordinary. But when I’m driving up and down those hills, I’m like, “I learned how to drive stick up that hill and my father is like Wasabi and he’s terrified.” So it’s all very nostalgic in a strange way.

Q: Did you ask the creators to draw your house?

Jamie: I wish. No. Our house is like in the hood.

Q: What do you geek out about?

Genesis: I’m a geek! I guess we geeked out on food. We’re both foodies.

Jamie: I’m like strangely into other people’s dogs. [Laughs] I got kicked out of a dog park in New York. In terms of like breeds and interbreeding, it’s just a really weird fascination. Dogs, I just love them.