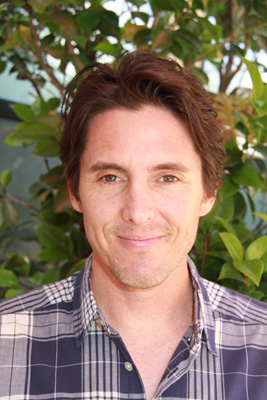 More often than not, actors become familiar with a sport to play an athlete onscreen. However, in the case of Ben Sharples, who plays Aaron in the new comedy Gentlemen’s Fury that he also directs, he not only knew how to play tennis, he actually ranked in the top 20 in Southern California in the Boys’ 18’s and played on the Cal Berkley Men’s Tennis Team. If that wasn’t enough, Sharples also coached professional tennis player, Zack Fleishman at the U.S. Open in 2011. Needless to say, Sharples knows his way around a tennis court. We chat with Ben on what it takes to ace a serve and a successful comedy film. 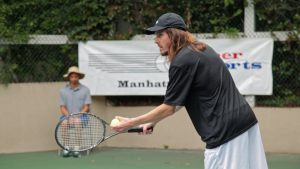 Q: How did you come up with the concept for this film?

I’ve been playing tennis and making movies since I was a kid, and I always wanted to put my two interests together and make a tennis movie. It started out a few years ago as a traditional, coming of age tennis drama, but the script didn’t work. My writing partner Clint (Gardner) and I knew we wanted to do a comedy, but we weren’t sure on the specific story. One day, I was having dinner with my family, we started talking about tennis, and a family friend kind of randomly said she thought tennis is “a pussy sport.” Excuse my language. [laughs] I let the comment slide and sort of simmered in silence. But later that night, I started venting to my wife, surprising us both by how angry I was about it. And the comment turned out to be a blessing in disguise because it led to a story idea. The next time I met with Clint, I started joking about a tennis player getting thrown off the tour after a temper tantrum and making his way into a violent tennis cult. The more we talked about it, the more we realized the possibilities, and we started writing the script with Marissa (Hall, co-writer, co-director). 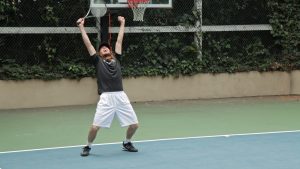 Q: Watching the film and some of the characters having on court tantrums, I was immediately reminded of  John McEnroe. Are you big fan of McEnroe fan paying homage to the infamously enraged legend?

I love John McEnroe. I think I like him a lot more in hindsight than I did when he was playing though because I was a huge Ivan Lendl fan. But I do miss his antics very much. His behavior on the court, especially his tantrums, brought a lot of controversy and excitement and entertainment to the game that is sadly missing from today’s tennis. McEnroe is a big reason why tennis was much more popular in the US in the 70s and 80s. He had a huge, bad boy, rock star personality, and people loved him and loved to hate him. Today Federer and Nadal- arguably the two best players of all time- are such classy gentlemen and sportsmen, and they’re both extremely likable, but they don’t have the kind of polarizing persona that McEnroe had that appealed to a larger audience. The other thing about McEnroe- he’s remembered for his tantrums, but that sometimes overshadows what an amazing player he was. He was like an artist out there, his feel was incredible. I don’t think anyone had better hands than he did, especially at the net. 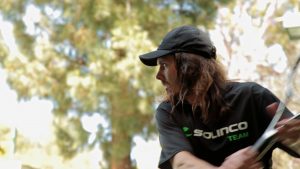 Q: Are you an avid tennis player or did you learn for the film?

This is the first time I’ve played the role of a tennis player, but I’ve been playing tennis pretty much my whole life. I first played when I was four, and I played my first tournament when I was seven or eight. I had a decent ranking as a junior in Southern California and played Division 1 tennis for UC Berkeley. The plan growing up was always to turn pro, but by the end of college, I started to have problems with injuries and I was just mentally burnt out. So I quit playing after graduation and took a long break. I didn’t touch a racket- I didn’t even want to look at one- for a few years. But then when I started coaching to support my acting career, I found the love for tennis again in helping people with their game. In the movie, Aaron has a love-hate relationship with tennis, and I can relate to that. Tennis is a very mental sport, and on top of that it’s an individual sport. It’s just you out there- there’s no coaching allowed- and that can be liberating and empowering on the one hand, and maddening on the other. It brings out the best and worst in people. I’ve seen both, and I’ve experienced both. 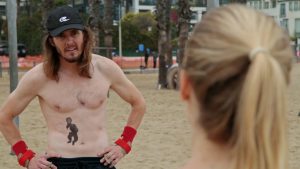 Q: Are these kind of guys one could expect to see while playing tennis?

Definitely. All the players in the league in Gentlemen’s Fury are loosely based on real players on tour and real incidents they had. But personally, yeah I’ve come across the gamut of personalities in the tennis world and have seen my share of tantrums, meltdowns, tears, cheating and overall crazy behavior on the other side of the net. One of the guys that I used to play against in the juniors- I remember his racket was in the shape of a square from how many times he’d smashed it. 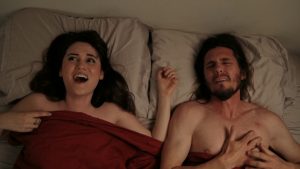 Q: How do you collaborate with your partner (Merissa Hall) in real life as co-director? Did you guys have a rule to not bring home conflict from the set?

Marissa and I are lucky because we got along really well on set. It was just a continuation of the support and respect that we have for each other off set. It helps that we were on the same page creatively about the project from the beginning, so it was rare that we had disagreements. And if we did have one, we’d go with the idea that was best for the movie because that’s what we both want ultimately. It was easy and smooth and super fun working with her, and we’re excited for the next one. And I’m grateful she was directing with me, especially as an actor, because I don’t think I would have been able to direct myself to a consistently good performance. Marissa is very good about helping actors to be natural, and she really helped me with that. 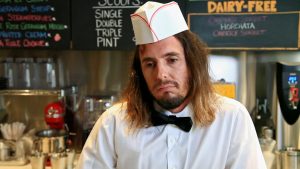 Q: This is your first feature film directing. What were some of the things you learned from this experience?

As a director, you have to watch over everything and make sure it’s all working and running smoothly. Not just creatively, but logistically too because we were also the producers. And because our budget was small, we were also doing things like call sheets and data transfer and craft services that would normally go to other departments. I’ve never had that experience before of having so many balls in the air at once on set. It was daunting to be sure, but once we started, something kind of just took over, we clicked into another gear, and it all worked out. So experiencing all that for the first time, and experiencing that it can be done, was the main discovery. 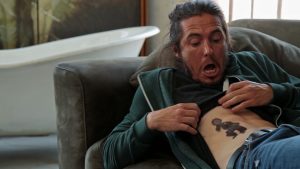 Q:  What is the secret to making a comedy film that will make people laugh out loud?

A couple things. Number one and probably most important is playing it real. Playing a scene for laughs or trying to do a funny character doesn’t work. Finding what’s real and truthful in the scene is usually what makes it funny. Having said that, the tone of the movie should be kept in mind. There were a couple takes we did that were so serious that they seemed like they were from a different movie- it was like, “What is this, a drama?” So though you’re playing it real, I think you should always keep it in the back of your mind, and even energetically if you will, that you’re making a comedy. And the pacing for comedy is really important. And more often than not, it’s pretty fast. It should move- both in the take and in the editing.

Q:  What was the most difficult element about finishing the film?

Probably the editing. Since our budget was small, we couldn’t afford to hire an editor, so we had to edit ourselves. I had to teach myself Adobe Premiere Pro and sort of learn as I go- through asking people and tons of online tutorials. So the editing process took a lot longer than it would have if we’d hired someone- it took over a year. But I’m glad it went this way because it was very educational. Hopefully next round we’ll have enough of a budget to hire someone to edit, but now I know that if need be, I can edit a feature.

Gentlemen’s Fury will be available on Vimeo Demand on May 23rd. For more info, visit the film’s official  page at www.GentlemensFuryMovie.com