EXCLUSIVE: Home on the Range with “The Ballad of Lefty Brown” star, Bill Pullman 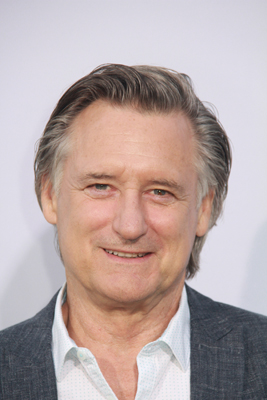 The first time I interviewed Bill Pullman was twenty-two years ago in Japan at a press junket for While You Were Sleeping. After our interview we had taken a photo together which I shared with him before this interview and we had a good laugh about the 90’s and that our photo was actually taken by someone and not a selfie. Ahhh…the good ol’ days. 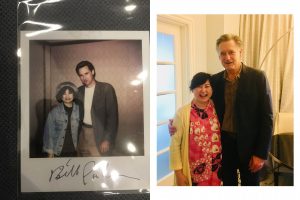 In his new film, The Ballad of Lefty Brown Pullman also takes a trip back in time to the gun sling’n western days where justice was delivered with an eye for an e
ye, except Lefty Brown whom Pullman played, doesn’t want to kill people.  In this What’s Up Hollywood exclusive, Pullman shares his thoughts on today’s current gun violence and his personal life home on the range.

I’ve had a ranch with my brother for 26 years in Montana, so I’m in a low boil Western everyday that I am out there. It doesn’t always have the action of (a Western) or the dire conflicts, but we do wrestle with the weather and we wrestle with the animals, and we have a lot of people around that are very much dedicated to being in the west. They love it, and the culture about it. So to be doing a movie like this brings me closer to my life in that way. 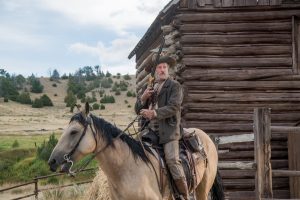 Q: How was it working with movie legend Peter Fonda?

Yeah, well I’ve worked with his daughter Bridget (Fonda), a couple of times. So I was lead to believe he was a certain way and he was more [laughs]. He’s a little outrageous, he’s colorful. He has an amazing memory. And can remember it, is very articulate about a dense body of knowledge. And sometimes when you’re sitting and waiting for a new setup, and you’re sitting in a car because it’s the only thing warm, he’s going on and on. And you just can’t believe that somebody like him, The Beatles wrote a song based on something he said to them. I don’t have that feather in my cap yet. I’m still working on Paul McCartney with some texts and stuff but [laughs]. 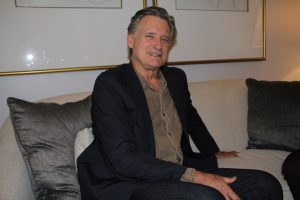 Q: What would you say is the good thing about owning a ranch?

Well, it’s probably not a good thing, for a very few people, is it a good thing. And I think you always with agriculture, it’s almost like an illness. You got to have it in order to understand. You gotta really, it’s something you gotta do. Cause it brings you closer to the land and brings you closer to a tradition of a culture that, what it is to people who are around animals and who are stewards to animals, and stewards little land and everything. I think you get a different sense of your relationship to nature through that.

Q: It is such long hours, seven days a week, right?

Well yeah, and I don’t have that. It’s only possible because my sister-in-law, Sue, she has such a passion for the ranch. She’s kind of the main…

Yeah, she determines what goes on. And she’s the one who really does have it every morning, seven days a week. And when my brother and I get done with the cattle drive or something, we go off to do other things, she’s always thinking of what, “Oh, we didn’t put away the…” and sometimes beyond what we are remembering. If it weren’t for her, we wouldn’t have a ranch, 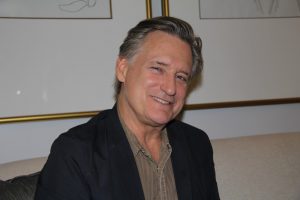 Q: So what are you in charge of your ranch?

I am in charge of, I own land around that we use for pasture and for crops. So I have to make fix fences, maintain all the fences. There’s always elk coming through tearing our fence, and have to rebuild it. And there’s a lot of things. Irrigation, because it’s dry up there. You gotta put water on ground in order to get things to grow. So we have three different types of irrigation. We have a few big pivots, that are mechanical, and they take maintenance. And then wheel lines which are more labor intensive. Then the most labor intensive of all is the oldest of all which is ditch irrigation. So with ditch irrigation you have a lot of chores of burning out the tumbleweed that collects there before you can run water down it.  And then you have to dig out some of the, you have a main ditch and then you have secondary ditches, and then you have tertiary ditches off each of them in order to spread the water by gravity until it cross all the fields. And I have hired high school kids, so you’re training kids and you’re also keeping all the equipment going. And they have a couple of trucks and three tractors. Kinds of different equipment that you gotta keep going. So that’s my responsibility, like more taking care of that kind of thing. 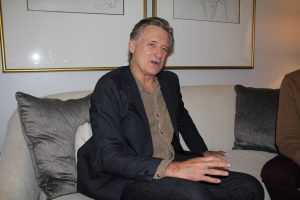 It’s a lot, and then I’ll join in to be a horse rider on the pushes, with the cows, but I don’t really, when I land there I’m doing things that I need to do where I know that I’ve taken care of just myself. And that my brother and sister-in-law don’t have anything. They just rely on me to have it there.

Q: What are your thoughts on this Gun climate, and did your thoughts change on our current the Gun situation after doing a western?

Well I think that there is, I think with what the themes of the West are that are so current and when you look at how important that sense of vigilante, justice, and people taking justice into their own hands. And how the individual can be wayward. And I think that’s probably what I would say that is really unfortunate. When that has happened historically and when it happens currently.