Benjamin Bratt, shares how his heart and soul helped him voice his new role in “Coco” 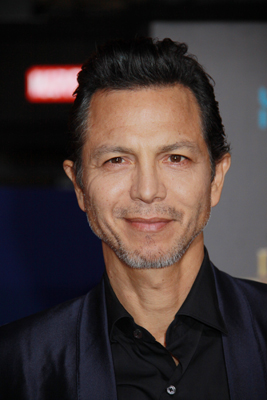 Although he was born and grew up in the United States, Benjamin Bratt has a strong Peruvian heritage from his mother side and has additional influences from his Puerto Rican wife to help him bring a solid flavor to his role is the new Disney film, Coco. Bratt shares how he brought his personal experiences with his estranged father to the role and what made this voiceover role so special.

Q: I heard that for the voice of  your character, Ernesto de la Cruz, you drew some inspiration from a family member. Is that correct?

Yeah. The first inspiration you draw from is the image that they create.  You know, as actors, we don’t have the benefit of performing with one another.  It’s a very kind of isolating experience to be in a booth, with only three other people in the room, and with Lee giving you the lines.  I mean, most of what we try to do is create something organic through action and reaction.  So with just this to work with, you have to pull on all kinds of other things.  So I start with the images they created.  And clearly, this guy, even in a skeleton form, he’s got swagger, you know.  So – so it’s easy to kind of adopt that idea, principally.  But beyond that, Lee (Unkrich, director), and Adrian (Molina, co-director and screenwriter), and Darla  (K. Anderson, producer) pointed me in the direction of studying some of the movie clips of Pedro Infante, and Jorge Negrete.  These were film stars, and music stars, in the equivalent strata of someone like Frank Sinatra – guys who were as beloved, and as admired for their singing prowess as they were for their acting chops.  And there’s plenty of footage to be found on YouTube, and so I studied that quite a bit.  But beyond that, to your question – my own father, who’s now deceased, and who I lost touch with many years before he passed on – I lived with him in some very formative years, from 12 to about 17.  And although he was quite a bit different than who Ernesto de la Cruz is, he was larger than life – 6’3”, massive frame, broad shoulders, and a booming voice, and the kind of person that no matter which room he walked into, he commanded attention – and sometimes by saying the wrong things, well, I’ll say that much.  But nonetheless, it was the kind of thing that I could draw on because it was familiar to me.  So in that way, that was kind of like the lynch pin for me, with all this other stuff to create someone that enjoyed that adulation – not only enjoyed it, but they actually used it as his life’s blood.

Q: How did you feel playing the bad guy?

I had forgotten completely that that’s the way, ultimately, I’m going to be characterized, ‘cause I was just so caught up in the story, and in watching it, and enjoying it. And really, that’s kind of the alchemy that they’ve created, where we all go in with certain, as Gael said, certain expectations, and hopes, and dreams, even, for what the outcome will be. And on every level, their artistry, their masterful storytelling just surpassed every expectation. That, in and of itself, was evocative of the emotional response that most of likely had.