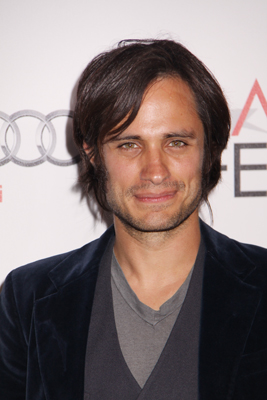 When I saw the film, Coco, I was surprised that Latinos have similar beliefs as what I grew up with in Japan. For example, in Japanese culture we believe our ancestors are visiting us during the time of Obon (mid August). We also have a small altar in our home which are enshrined for our ancestors, so this was all very relatable as it was for Mexican actor, now Hollywood star, Gael Garcia Bernal, who shares  his thoughts of his roots and experiences with spirits. 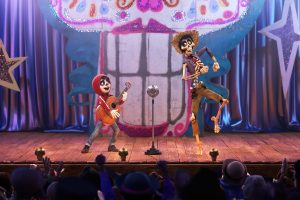 Q: What was that like to be a part of this movie that is so close to Mexican culture, but also that represents a challenge in just using your voice?

Oh, wow, it – I mean, it is such a privilege to be here, I mean, to be now, right now, to be talking about the movie, to know the result of it, because it is – it is always an act of faith in a way, no?  I mean, and then you get invited to – when I got the invitation to meet with Lee (Unkrich, director), with Adrian (Molina, co-director and screenwriter), and with Darla (K. Anderson, producer) and talk about the movie, I remember how already I was so convinced about it, before going into the meeting with them.  And after the meeting, I was just amazed by the amount of research; also the incorporation – the – kind of like the holistic kind of approach that they were trying to do to the Day of the Dead celebration, that they were also putting forth a very personal point of view, as well – which ultimately, personal point of views are what make a movie good, you know – is what makes a movie good.  And I was willing to jump into that, into that trip, you know, and to interpret that point of view.  And now the results – I’m just… it has transcended all my expectations.  And this is what happens when the film becomes good, as well, but there’s nothing you can expect that will match a result when a film is good.  It’s just – it overcomes… it’s impressive. So I mean, I’m really happy for, and proud, and lucky to be part of this, with all this great team, with all this collaborative effort, me being a little part of it, being able to put forth, as well, into the world, story, a little fable about a mythology, and a tradition that I hold very dearly, like the other mortals, and that – very proud, as well, that Mexico can give this to the world, you know, and everyone in the world can adopt this tradition, this reflection on death, which is a very, very important thing to do, I think, in life.

Q: For the youth of the Latino community, what message would you like them to take away from the film?

I’ve been saying this a lot, but I really have to stress it over and over again, because – I mean, if I have to do a very personal dedication, this film is for the kids, the Latino kids growing in the United States, because in the official narrative, it’s been said that their parents, or grandparents, or great-grandparents are rapists, murderers, drug traffickers.  And these kids are being born in a moment of huge, complete fear, and they have to fight against the lie, and it’s very complicated to argument against the lie.  You know?  And this film, or this expression amongst – with many other forms of expression that happen day to day, you know – it’s gonna be, it’s gonna give kids a way to feel confident of where they come from, of where their parents, great-grandparents, grandparents come from, to know that they come from a very sophisticated culture, and to know that they have the possibility to always have access to that hive, to that – you know, to that colmena (hive) of life, and that they can come up with new answers to what’s needed in life that we, as humanity, need right now.  So it would be for them, it would be – I mean, this is my – you know, you asked about what, for Latino kids, no?  Like, I think this would be the thing I would say, you know?  I mean, this film opens up that discussion, and it is a beautiful reflection on death, and the celebration life.  Yeah.