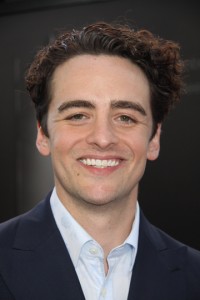 Although the other 3 boys were in the stage version of Jersey Boys, Vincent Piazza is the only one who is new to playing a member of the Four Seasons in this film version. How did he build chemistry with the other 3 boys? Did he meet the real Tommy DeVito whom he played in this film? What did he learn from Mr. Clint Eastwood and hockey which he had to leave due to injury? And we found out that Vincent is a notorious cleaner!!

Q: How was it coming in when the other boys had already established such chemistry?

It was a really great challenge. It was kind of daunting in many ways because John Lloyd (Young), Michael (Lomenda) and Erich (Bergen) were obviously part of the Jersey Boys musical so they were very instrumental as well as many other people in the success of the musical which made the movie possible. So stepping into that was very humbling. There were a lot of technical things I had to work on and learn about myself in terms of the singing, dancing and guitar playing. So it was a real kind of exciting adventure for me to step into that but very intimidating at times. But to their credit, John Lloyd, Michel and Erich were so supportive and encouraging through the process and very generous. It was a real great exchange in that sense.

Q: Did you get to meet Tommy DeVito? 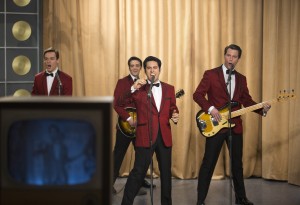 I didn’t get to meet Tommy DeVito, other than through the Tommy DeVito as was written in the screenplay. So I got a sense of the man that way and through maybe some stories and anecdotes I’d hear on set through Mr. Valli himself or from the guys, stories they’d heard, and things like that. In that sense it was kind of liberating to just work on the essence of the character as it exists in this story.

Q: What did you learn from your director Clint Eastwood? 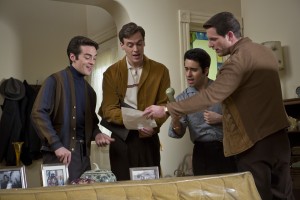 So much. I guess one of the biggest lessons that I learned and I thought it was such a beautiful thing and it wasn’t directed at any particular person or situation, but one thing was that it was important to take the work seriously but not to take yourself too seriously. I thought that was just such a wonderful thing. He was such an incredible director and person and gave me so much creative license to explore the character. It was a big boost in faith and confidence from him as well.

Q: Tommy has kind of a bad habit when he is staying in hotels. What are some of your more funny, bad habits? 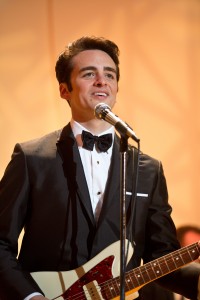 I am a notorious cleaner. So if I get a little bit of anxiety, I’m just going to clean everything. So I’m the opposite of Tommy in that if you saw the cleanest apartment that you walked into, you knew I had anxiety about something.

Q: Many actors in Hollywood used to be serious athletes or dancers but they had to quit due to injury then became good actors. Why do some athletes become such great actors?

As far as hockey goes, I learned from a very young age the price you have to pay and the hard work that has to be put in. You don’t get better by accident. You get better by putting effort into it. If anything that I got from hockey, particularly, it was discipline and work ethic. Now, the one thing that’s a trap of the sport is the competitiveness. And the only time you can use that kind of competitiveness is to achieve something as the character, but certainly not as the actor.

Q: How many episodes left to shoot for Boardwalk Empire? 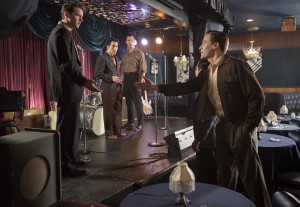 I’m finishing up Boardwalk Empire right now. It’s the last season so we have a few more episodes left to shoot and that’s been a little sentimental for me because really without that there would be no Jersey Boys for me. (This interview was held on June 7th.)

I have a film in post production called The Wannabe. It’s an independent film so that’s exciting. And I’ve been doing some writing projects which I’ve been excited about. I’m working with a writing partner on a few screenplays, stories that we are excited about. They’re in different stages of development. But, we keep cobbling away at them and hopefully over the course of the next few years they’ll be ready to get made.