Exclusive interview with Nick Stahl from “Away From Here” part 1: Discussing his dark past 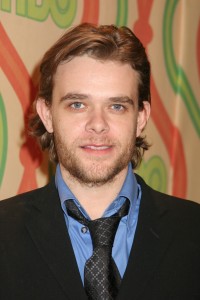 Nick Stahl is back! His new independent film, Away From Here, is proof that he is a good actor. His character James has a dark past, but after he gets out of jail, he tries to start a new fresh life. How did Nick relate to James and his experience? Nick was very open and candid. 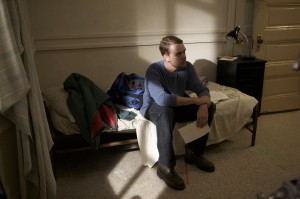 “I suppose there were some certain similarities as it turned out. I think that’s possibly what attracted me in certain ways to the character. I could relate to certain things, overcoming obstacles. I think a lot of people could as well, maybe not to those extremes. But I think everyone has probably been through a certain amount of adversity in their life. Their life has taken a certain path maybe that they didn’t expect. Certain things that have happened in my life I certainly didn’t expect. Sure, I think in dealing with certain things in my life, there was a certain amount of regret I would say. Then, you feel, ‘Oh, well, I missed this. I missed this opportunity,’ or, ‘This wasn’t the direction that I planned.’ I feel like I had a plan or a certain design for my life but rarely does the outcome or what actually happens really line up with my original plan. It kind of takes on a life of its own. Certain things you just can’t plan for. Certain things just kind of happen that you don’t expect. In dealing with that, I’ve come to realize that there’s not a lot of shame in that. Regret doesn’t really benefit you very much. Regret doesn’t really serve to help you. Shame doesn’t really serve to help you. I think James was going through a similar experience. And when he comes back to his town and he encounters a lot of old friends and they’re old ghosts of his past, I think a lot of those feelings come back for him. All he’s really trying to do is move on with his life. So yeah, I think that shame and those demons come up in him. I think that is the struggle for him is finding a way to deal with those and move forward. That’s sort of a process that I’ve been going through in my life as well.” 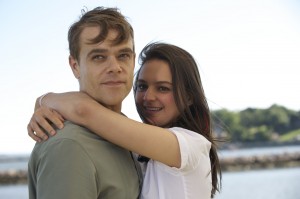 What I like in this film is James tries to live positively and move on. Nick seems to have the same impression of his character.

“I really just admired how James was devoid of self-pity. I really admired that quality about the character. I mean, he’d been through a really horrendous situation that a lot of people might not make it through, and he’s really picking himself up and recreating himself. I don’t think he really feels sorry for himself. He deals with normal, everyday stuff. He’s dealing with some anger and normal emotions but I don’t think he really feels sorry for himself. I think he was a really grateful character. I think he’s grateful to get a second chance at life. So I think he’s an inspiring character.”