Exclusive interview with Nick Stahl from “Away From Here” part 2: “Terminator 3” and fatherhood 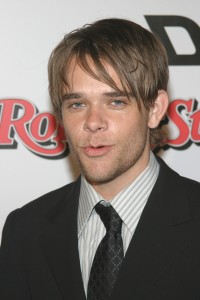 Ten years ago, Nick Stahl became famous when he was cast as John Connor in Terminator 3. What are some of his memories from that film? 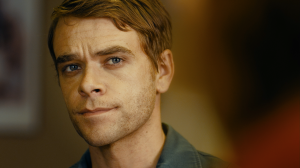 “I remember just having a lot of fun. I remember having a lot of fun with Claire Danes. We had a really good time. We laughed a lot. It was a very long shoot. It was like four months of filming and it hadn’t taken me that long to film a movie before. Spending that much time with one crew and group of actors for that long, you really get close with one group of people. I learned a lot of cool stuff. I got to do a lot of little stunts here and there and shoot guns and just do really interesting, fun things. So it was a really good time. That’s what I remember.”

Now, Nick is a father to a four-year-old daughter. What kind of dad is he and is he very strict?

“I’m protective. I’m very protective. I don’t even think about the future with her. I just try to stay as present as I can be right now. I’ll deal with that stuff when it comes. But I can be protective. Her mother is much more laidback and I’m a little more uptight,” he said with a laugh.

When he was reported missing, there was a rumor that went around that he doesn’t have a cell phone and that was one of the reasons his separated wife reported him missing. Is the rumor true? How does he really feel about cell phones and technology? 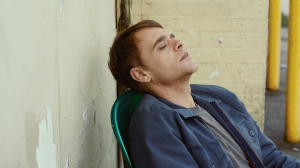 “I do have a cell phone now but it’s an old flip phone. It’s sort of a dinosaur phone. I don’t have like a smart phone. I kind of like it because I try not to be on the phone all the time. I have, you might say, an addictive personality. So I can get easily distracted from doing things I need to do by things like cell phones. So if it’s right in front of me I can be on it all day long. I don’t want that. So if I’m around my daughter or if I’m driving or something, I don’t want it right in front of me. So I just don’t want it. That’s the reason.”

In Away From Here, he reminded us that he is quite a good actor and we want to see him more often on screen. He mentioned that we will see him in American Dream, helmed by Janusz Kaminski, who is Steven Spielberg’s favorite DP. What else can we expect from the actor in 2014?

“I don’t know yet. I would like to be happy and healthy and I would love to start making more films. That sounds great to me. But as far as specific projects, I don’t have any on the horizon or anything like that. But those are my kind of loose goals, I guess.”