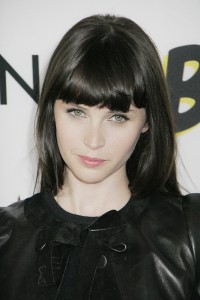 The Invisible Woman is the story of Charles Dickens’ young mistress, Ellen “Nelly” Ternan, who is played by Felicity Jones. This film is directed by acclaimed actor Ralph Fiennes, a.k.a. Lord Voldemort in the Harry Potter series, who plays Dickens as well.

When Nelly met Charles the first time, because she was a big fan of his work, she was kind of star-struck. How about the actress herself when she first met with Fiennes? 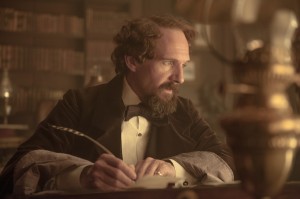 “I was slightly intimidated because I thought he was going to be a bit like Voldemort,” Jones said, laughing.

“There was a moment when you were like, ‘Oh my God. Is that Voldemort coming?’ But then Ralph is a very sweet, kind, lovely person and nothing like Voldemort at all.”

So Fiennes is sweet but it seems he also showed a bit of his Voldemort side when he was directing. Jones revealed: 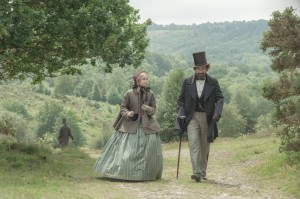 “He’s very honest. So he would come up and say, ‘That was awful. Do it again, but better.’ So he was very focused on the performances as you can imagine, being an actor. He had a very strong idea about being totally true to the period, which I thought was really fascinating about his direction. Often when you make period films, they’ll try and make them more appealing to contemporary audiences by maybe being a little more lenient with the truth, whereas Ralph was very particular about us retaining this truth of the bonnets and the austerity of the period. I really actually respect that in him and I love the integrity of the film because of that.”

With the great directing and acting in The Invisible Woman, the romance scenes show a pure love and respectful feelings towards each other, plus the curiosity of a teenage girl. There are no cheap seduction scenes and we wondered how they accomplished that. 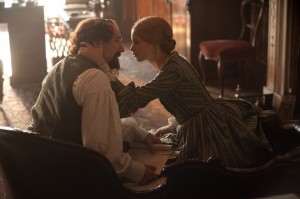 “I think you try and play each scene before that with truth and honesty. And also, we didn’t want it to be cheap in any way, the interaction with each other. We felt like they were very careful about their connection with each other. I feel like Nelly, in some ways, there’s something quite puritan about her because she’s having these sexual feelings for this older man but has no one to talk to about it. She doesn’t live in a world where that can be discussed with friends or family and there’s a sort of guilt with it. So it was about charting that process towards Dickens. It’s very important that it’s gradual and that the audience is on both their sides as it’s happening and doesn’t judge them for it.”