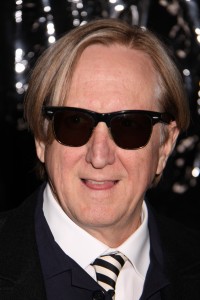 Yes, he has done it again with great music! T Bone Burnett has worked with Joel and Ethan Coen many times and he’s done the music for their new film, Inside Llewyn Davis, as well.

How did the brothers pitch their film to him this time? 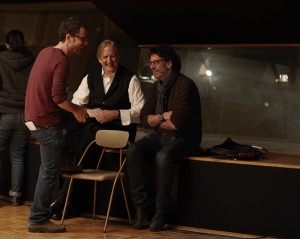 “They called, they have a very clear, simple view. What they said with this one was, ‘We want to do a movie about the Greenwich Village music scene in 1961 just before Dylan got there. And we want to do it with real songs but made-up people and we want to do it all live, with all live performances.’ And that was it. That’s the foundation for the whole movie. That’s their pitch. They didn’t go in and give the history of the Civil War or anything. I gave them that later,” he said with a laugh.

What is the music legend’s relationship with 1960s folk music? 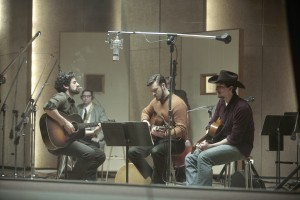 “It probably was to me much like the O Brother era of music was to kids in their 20s and early 20s, late teens today because it was about the same time. I was hearing the music. It wasn’t the soundtrack of my life or anything like that but it was around at that time. At this period of time, this music would get on the radio because there was a scene developing. There was no scene and then some troubadours went around, blazed some paths, and invented a scene that eventually became Elvis Presley on one end of it and then Bob Dylan on the other. So there was Woody Guthrie, there was all those people doing that that Bob Dylan came through. He was in that line. Elvis was in another line that didn’t have really access to Woody Guthrie. But it was all the same music. It’s all music that grows. It’s people with untrained voices singing music that grows right out of the ground. It’s music that’s been reinvented for hundreds of years. Music for centuries and centuries was used to teach everything. It was used to teach language, mathematics, history. The news was music. Everything traveled by song. It was used to teach ethics. It was used to create conscience, probably more than anything. Probably the deepest use of music, of art, is to create conscience.” 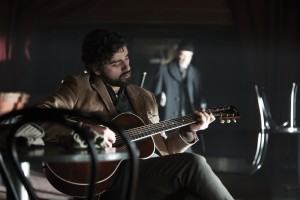 “My advice for young people is that if you want to be a musician, the thing to do is practice eight hours a day. If you can practice four hours a day, that’s okay. And this sounds like bad advice but it’s the most true basic advice I can give a musician. The second thing I would say is let the business take care of itself because if you get involved in the business… Every hour you’re not involved in business is every hour you’re not practicing. Every hour you’re not practicing is another hour further away from where you want to be. The business is changing so fast, technology’s changing so fast. Steve Jobs said technology changes nothing. I wouldn’t put any faith in technology to help you. I can tell you for sure, the technologists have made it clear that they don’t care about musicians. The arts have been sacrificed on the altar of technological advancement. But that just forces the arts to be subversive which they’ve always been. So people make art on the sides of buildings and they’ll make art on the sides of trains. They’ll make art wherever they decide to make art. The technology that people are working with now will be replaced in 10 years so that’s not where your future is if you’re a musician.”