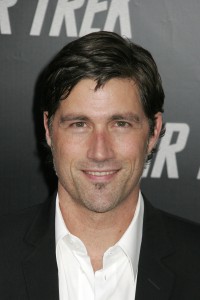 Matthew Fox has visited Japan several times.  But, he also took a journey to see Japan right after World War II ended while portraying a character in Emperor. Did he learn anything new about Japan during his trip?

“Well, I have been to Tokyo several times before making the film, and always thought, always enjoyed those trips very much. I haven’t spent a lot of time in Japan, and I want to spend more time in the sort of countryside of Japan. But I have been to Tokyo a few times, and then going back there after making the movie I was really struck. It was just incredible to me that you know sixty five years ago, at the end of World War two, it was largely destroyed, and to see what’s been created in the last sixty five years was really striking to me. On a more personal level, I mean, I kind of wanted to go down the journey that Fellers goes down. He falls in love with a Japanese girl, and madly in love with her in our film, and really feels that it’s a once in a lifetime type love, and yet she keeps, he’s not sure she feels the same way about him that he feels for her, and the sort of cultural difference, the language barrier, and, but more the cultural differences I think. She keeps pulling away from him, and he’s very frustrated by that, and then he loses her, you know, through the war happening, and I feel like he sort of shifts his focus into his inability to understand her gets shifted into a focus of his inability to understand the country, and how different sort of that culture is from the one that he’s been raised in, a western civilization. So, I really wanted to go down the journey that he goes down, which is finding out how different things are, and how much sort of attachment to family and honor there is you know, and the emperor, the role the emperor played in Japanese society at that time and how sort of unquestionably dedicated they were to the emperor. Those were all really interesting things to me, because I don’t think as a westerner we have the same kind of understanding of that.”