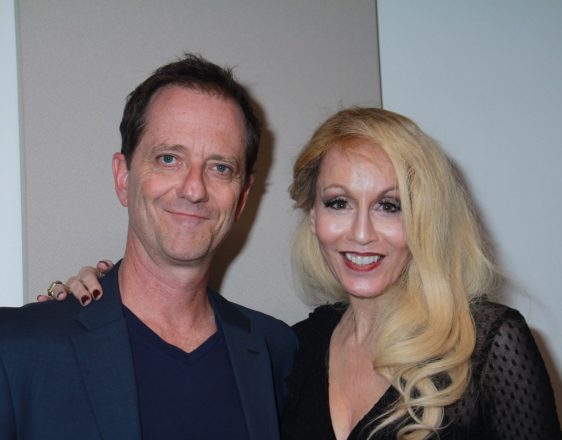 The 1970’s cult film, Phantasm has returned and with a fan base that has been waiting patiently since 1979. The cult classic has returned under the title,  Phantasm: Remastered with an immediate follow-up installment titled  Phantasm: Ravager.

The film stars, A. Michael Baldwin and Kathy Lester and I was lucky enough to sit down with them both. 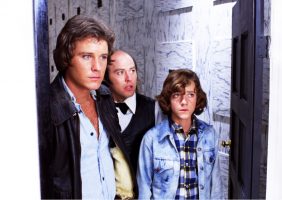 Q: How has the reunion for Phantasm: Ravager been?

A. Michael Baldwin: The reunion is good. We’ve all been working together for 40 years in some cases, so we’re like a family.

Q: When I say the word, Phantasm what’s the first memory that comes up?

A. Michael Baldwin: Phantasm was a big part of my childhood, so it’s hard to say what the first memory that comes up is. If I were to ask you to tell me the first memory of your childhood, there’s a lot of childhood. There are a lot of memories. It’s more like looking through a family photo album. I learned to drive in the Barracuda. Don (Coscarelli, director) and I made a film previous to that already. Bill Thornbury (played Jody, Michael’s older brother) and Reggie Bannister (played Reggie, Jody and Michael’s friend), the three of us became fast friends. So there are many memories for me. Making films is hard work, but it is fun! I was a kid in junior high school, so on the weekends I would shoot Phantasm and then go back to school. It’s a whole period of my childhood. 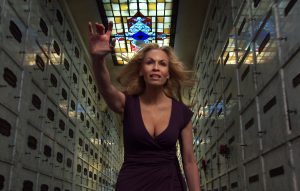 Kathy Lester: Well mine was that I went in for Don and I was supposed to be killed off by some manic dwarves. He called me in to do a screen test and told me to wear a form-fitting dress. The first reading I was in jeans and a t-shirt with Bill Thornbury (played Jody, Michael’s older brother) and we had immediate chemistry. It was about 2-3 weeks later I get a call from Don and he said, “Well we want you in the movie, but instead of you playing a victim you’ll be a villainess. I liked you in that dress and you have a sensual quality about you”. So that’s how it all came about.

A. Michael Baldwin: Well I made the film Kenny & Company with Don already, so Don wrote Phantasm with me in mind so I didn’t need to audition for the part; lucky me. 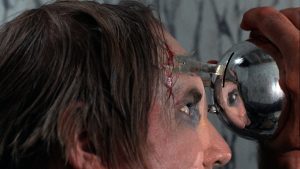 Q: What do you think the Charm of Phantasm is?

A. Michael Baldwin: The charm is the backstory of the brothers. That’s the soul of the film. The film is about a boy who loses his parents and his older brother is going to leave him with his aunt. And the boy is a bit paranoid because he thinks his brother is going to leave. In a way you could say the boy creates this drama to keep his brother near him. The tall man of course represents the grim reaper that took his parents away and is ready to take everybody. So it’s about confronting the inevitability of death, loss, and family. 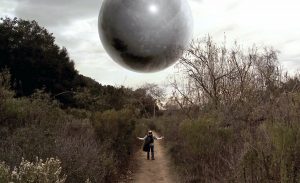 Q: In Phantasm: Ravager, how did you approach the movie without Don directing?

A. Michael Baldwin: Well pretty much Don called saying, “we’re making another movie, and can you show up on Thursday?”

A. Michael Baldwin: Here’s the thing, we’ve been playing these characters for a long time so it’s not that difficult to step into those shoes. It’s just a matter of whether you’re going to do the movie or not. 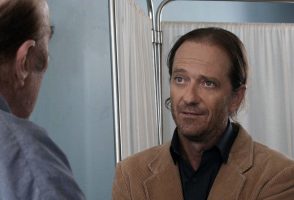 Q: For Michael, I heard you were an idol in Japan, could you talk about that experience?

A. Michael Baldwin: That’s because Don and I made a movie called Kenny & Company. In 1975 the movie opened here badly with 20th Century Fox. Toho-Towa picked up the film and it became a huge success in Japan. We went to Japan, had a huge tour there and it was a real eye opener. We got off the airplane, my costars, Don and I, and we were just immediately huge celebrities. I had just come from boring junior high school and all the sudden there’s little Japanese girls chasing us down the street. It’s kind of heady stuff if you’re 12 or 13 years-old. The film was a big success there and it was named Boys Boys. It was the name of the movie in Japan. The year it was released, Michael Baldwin was the 49th biggest movie star in Japan. I was right next to Charlton Heston and right behind Richard Dryfus. It was big stuff.

Q: What is next for you guys?

A. Michael Baldwin: I have a film coming out soon called Flay directed by Eric Pham. It is a genre picture, and I’m looking forward to that. It’s starring Elle LaMont, and is coming soon; probably next year.

Kathy Lester: I’m a singer songwriter and I’ve got a show. It’s quite a production. It’s at the Cicada Club in downtown LA in this beautiful art deco building. I celebrate the jazz age in Paris and the golden age in Hollywood. There are a lot of costume changes and feather fan dancers. There are a lot of tribal fusion belly dancers that are reminiscent of a harem from the Sheik. It’s an era that I absolutely would’ve loved to be a part of. The music has a feeling of the 20s and 40s, but it’s infused with electro swing.

The fifth and final film in the series