EXCLUSIVE: “The Layover” stars, Kate Upton and Alexandra Daddario kiss and tell in our hilarious interview 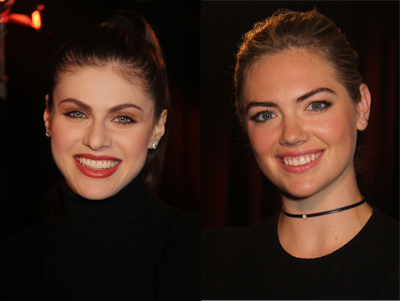 First and foremost, kudos to Shameless actor, William H. Macy who is at the helm of the hilarious new comedy The Layover. We sat down with Kate Upton and Alexandra Daddario who both played leading characters in the film and had phenomenal chemistry. It’s as if Macy gave us an inside view of two best friends competing for our laughter and the ultimate prize – the hot guy.

We chat with Upton and Daddario exclusively about friendship, international travel, and a must-see reaction from Kate when Alex shares her experience from one of her first auditions. 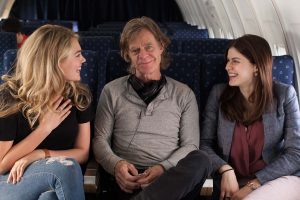 Q: You play best friends in the movie. How did you bond before production started shooting?

Alexandra Daddario: I think it was not something that we forced. I think there was a very organic sort of thing that happened with the cast where we all really got along and wanted to hang out. I think that shows on screen.

Kate Upton: I agree. I think it was instant chemistry between us and everybody on set and we wanted to go out drinking the wine. It wasn’t forced. 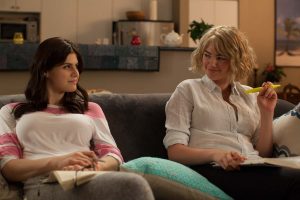 Q: That characters you each play in this film have conflicts with love and friendship. Was that difficult to take that on?

Kate: I’m a big believer in you can have everything, you usually have to give or take at certain times. You can’t have one hundred percent of everything always. In this movie, I don’t believe they were picking love or friendship. I think that in their friendship they had so much love, but in that moment, they were frustrated with each other. Like almost every relationship you have, best friends or romantic relationships, you get frustration. Instead of handling it and talking about it like adults they took it out on each other and were competing against each other. Which makes for a hilarious comedy but in the end, they come around and they know their friendship is the most important. It is friendship and love inside their relationship.

Q: What has been your most memorable foreign experience while traveling?

Kate: I actually just went to Tokyo for my birthday in June and I absolutely loved it there. I thought their culture was so amazing and everyone was so polite. I had a day off and I was able to walk around and I find it really fun to be able to immerse yourself in a different culture and get to understand their history. We don’t get to experience that in our school systems. Reading something is different than experiencing it. I really enjoy learning other cultures and traveling. That’s why I wanted to get into this business in the first place was to travel.

Alex: I didn’t travel much as a kid and I have had my eyes opened in huge ways by traveling to different places and seeing different cultures and the way different people live. It’s quite amazing to sort of learn about people are different than you and even within our own country there’s so many different kinds of places and people who live differently. It’s fascinating to go get out of your bubble and see what the world is like.

Q: Do you have any memorable auditions?

Alex: I have so many. I remember one time I was like fourteen years old maybe and I think I had kissed one boy at camp. I never kissed boys and all I wanted to do was kiss a boy. So, I went to this audition and I didn’t know what the audition was going to be. It was for chocolate milk. And you go into the audition and what I had to do was I had to put milk in my mouth and a boy had to put chocolate syrup into his mouth and then we had to lay on the floor and make out.

Kate: No! How old were you then?

Kate: No, that’s very sexual for a fourteen.

Alex: Yeah! I mean this was the nineties or something. When was this that I was fourteen? Like two thousand? I don’t think people can do that anymore.

Kate: Was that your first kiss?

Alex: It was my second.

Kate: I haven’t heard this story. I love it. I hate it for poor fourteen-year-old Alex.

Alex: And everyone was so nervous about the boy they were going to be paired with so we kept shifting seats to try to be paired with the cute boy so we didn’t have to make out with someone who was really scrawny or not cute.

Kate: I can’t top that. That is so…I just can imagine you sweating and so nervous and also try to keep the milk in your mouth.

Alex: I was so sweaty and nervous. It was bad but that is something I will never forget.

The Layover is currently showing in theatres nationwide. For info visit their official website at http://www.thelayoverfilm.com/