EXCLUSIVE: “To the Bone” star, Alex Sharp might agree with Beyoncé that girls should run the world 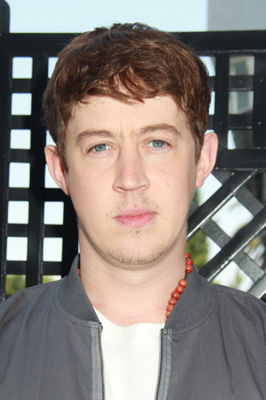 Netflix’s new film, To the Bone is  powerful new drama that opens the discussion on  eating disorders with a mostly female ensemble led by Lily Collins. The film also has two pivotal male roles, one is  held by Hollywood heavy hitter Keanu Reeves, the other is Alex Sharp.

In our exclusive interview, we  sit down with Alex to ask about the experience of being the only man in the house and how he  dealt with being a self described misfit as well as what he is into now. 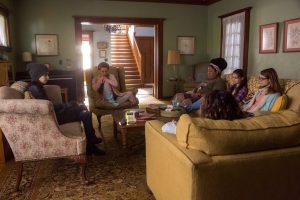 Q: This movie is a predominantly female cast, it’s just you and Keanu Reeves for the most part. What did you think about that?

And also most of the producers were women as well. That was one of the things that I thought it was kind of exciting about it, that there were so many women on board. Which, changed the feeling of it. I just think women have a tendency to be more sensitive and lesson really beautifully and I think with a film like this that’s really important. And with the world, we can do with more women leaders, in the world generally. 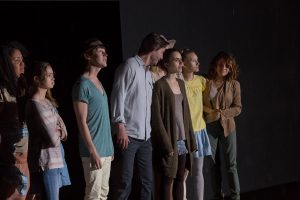 Q: Who are the women in your life and how would you say they have helped shape the man you are today?

My mom, I was raised by a very strong woman. My sister, just one sister, she is four years older and very dear to me. She’s a bad ass. She runs global banking and PR at Credit Suisse. Youngest woman to ever hold the position. I have great women in my life, they are go-getters and really cool people. Also, my first job, which was really sort of my break (into the industry), The Curious Incident of the Dog in the Night-Time play was directed by a brilliant visionary woman, Marianne Elliott (theatre director). She is the reason why I am even sitting here talking to you. As far as I am concerned, the more women leading things the better. 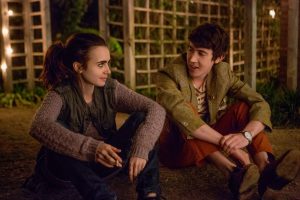 Q: The theme of this movie is that each person deals with their own darkness. Talk to me about your character Luke and his dealings and other characters.

Luke is a very interesting character. He creates a persona for himself almost. He has gone through his struggle with anorexia and he’s doing much better than he had been. He’s in a good direction with his recovery. I think part of the way he has coped with all of this is to try and help other people. But he is very youthful and naïve in a lot of ways and a little bit over the top sometimes. I think helping people in life is that you have to really listen. I think he learns from Eli (Ellen, played by Lily Collins). He is sort of the first person like, “Let me help you.” and she’s like, “Get the hell away from me”, and he’s like, “Wow, nobody has ever done…” you know. It kind of takes them on this challenging journey where he is trying to cool her out and say, “You know I am not just another person giving you advice, I’ve gone through this.” But he is also learning on how to be better at helping people and be more selfless. 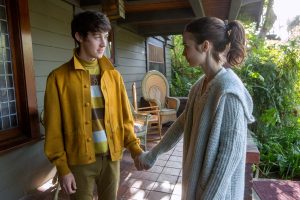 Q: How about yourself? Have you dealt with something difficult? Were you a misfit?

Yeah, I’ve felt like a misfit. I hate education programs. Education is a wonderful thing and that’s what life is all about, educating yourself and learning as you go through it. I just don’t like preset institutes. I struggled at Juilliard (school in New York City) for the same reason. I struggled in secondary school. I moved around schools because I don’t think learning is as ridged as people seem to think it is and try and make it to be. So I have always found it hard to conform to educational institutes, or to any institutes for that matter. 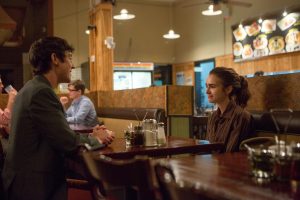 Q: Do you have any tips for people to work on if they feel like a  misfit?

Come have a beer with me. We’ll be misfits together. No matter what anyone says to you, you should be asking questions and challenging institutes and large operating systems, even if it’s sort of societal. Ask a question. Why is it like that? Can it be better? If the answer is yes and you truly have challenged yourself to ask that question and answer it honestly, then you should try and make it better regardless of what anyone says. If you are improving it, that’s progress. I think that’s important. I think what is told often in very indirect ways is not to ask too many questions. But I say, screw that. Ask as many questions as you can. Stick it to the man. That’s my short answer. 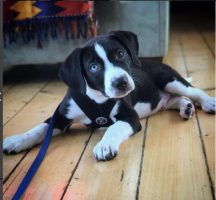 Q: What is Alex Sharp into right now? Hobbies?

Right now, I have a dog called Hento, H-E-N-T-O. I rescued him. He was in a kill shelter in Tennessee and he is half border collie and half beagle. He’s got one brown eye and one blue eye, so cute. He is super, super smart. He’s six months old, incredibly mischievous.

Q: Do you have pictures?

Yes, would you like to see one? The problem is that he is so incredibly smart so is very inventive in the ways he destroys things. He likes to eat expensive handbags and shoes. I got him when he was about eight weeks I think. So right now I like making furniture as well. I am a carpenter, not an especially good one yet because I am just kind of starting. In my downtime, I’ve been taking some time off and making furniture and hanging out in the countryside with Hento.

To the Bone is currently showing Netflix and theaters. For more info visit their official website at, https://www.netflix.com/title/80171659