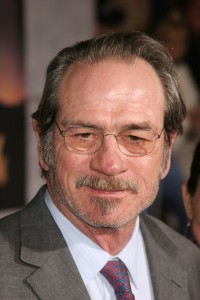 Tommy Lee Jones has visited Japan many times. Japan is the only other country he’s been visiting while promoting new films, besides the U.S.   He even agreed to play a super goofy character in a canned coffee TV ad in Japan.  The reason he did this is probably because he really loves Japan. When I asked him why, he answered me with a smile!