EXCUSIVE!!! History was made! Ryusuke Hamagushi (“Drive My Car”) asks if we are ready to accept diversity. 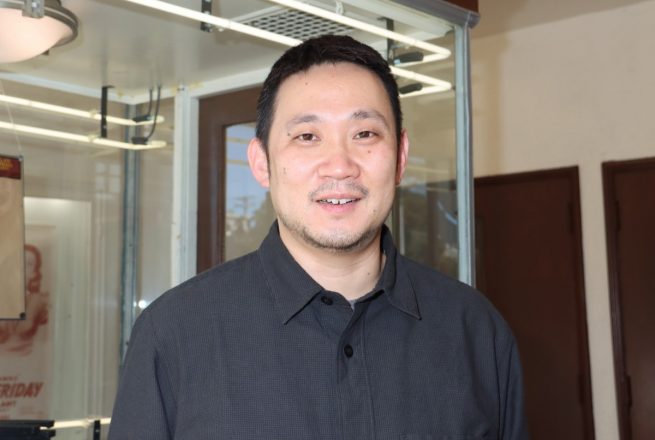 The Japanese film, Drive My Car, made history. It is the first Japanese film to be nominated for the Academy Awards’ ® Best Picture, as well as for Best Adapted Screenplay. It is also nominated for Best Director and International Feature Film. Directed by Ryusuke Hamaguchi, it is based on a short story by world renowned Japanese novelist Haruki Murakami. The film has already won numerous other awards including Cannes and BAFTA and now it is one of the major contenders for the 94th Academy Awards®. I had a chance to talk to him exclusively and get to know who he is.

Q: I have watched many films as a film journalist as well as a movie fan, but with your film, I feel your extraordinary talent and intelligence from the screen. Wheel of Fortune and Fantasy is the first film I have watched among all your films, and I was blown away. After I watched it , I was sure that you would be an international sensation and my prediction was right [laugh]. I was wondering what kind of growing up environment creates this talent and what inspired you. 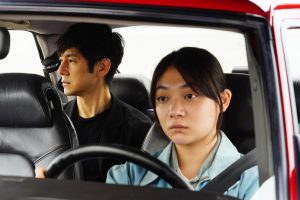 RH: I was raised in a very normal family, a very ordinary family and there wasn’t anything really special about how I grew up. And thank you so much for saying these things about my talents and skills. But I think I’ve always been working with the understanding that I don’t have talent, I lacked talent. I felt this since I was in the film making club at University. I think film at the end of the day is a very visual medium. And I admire people who create highly visual ways in film, even in the film club. I felt that there are people who are far more talented than I am visually. But I still knew that I really wanted to make films because I like films. So if I made a film, I thought I could only bring something from the words, and the words the actor is saying. And I realized that this isn’t a strong toolkit to have as a filmmaker, but I figured this is what I am able to do by trying to grow and refine the things that I’m really capable of doing. So I think this is the result, that I understood what I am not capable of, and I have been trying to grow what I am actually capable of doing. 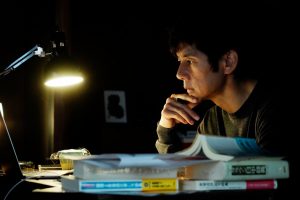 Q: Last year’s Best Picture, Nomadland, and Drive My Car, and your documentary film about 2011’s The Great East Japan Earthquake and Tsunami, they all depict “loss” and how people deal with it, as well as how they recover from it. Drive My Car takes place in Hiroshima where they experienced huge losses when the atomic bomb was dropped. The main characters who have huge losses in their past, meet at that place and heal each other without any romantic relationship. I am sure that your talent for direction in portraying that emotion moved voting members. Could you talk about your own “loss” experience and the reason you picked this story?

RH: After releasing the film, and I actually heard people speak about the film,  I realized that this story is, in fact, a story about loss. I wasn’t thinking about what I was making really until I listened to the audiences’ thoughts.  Like “Oh, this film is actually about loss.” I haven’t actually experienced huge losses in my life personally. I have experienced loss of my grandparents, but my grandparents really died in their old age. I haven’t experienced any unexpected huge loss. When I worked on the documentary films of Earthquake and Tsunami, I was working to interview people who had experienced the earthquake, tsunami and the nuclear incident that happened in Tohoku. I encountered people who had just lost a lot, even though that wasn’t my own experience, and what I really realized through the interviews that I did with them is that these kinds of losses can happen any time to anybody. At any given moment. In talking to people, I realized that nobody was living with thinking that tomorrow there’s going to be a tsunami. But through the interview, I realized that I’m not living in this way where it can always be that tomorrow anything could happen. In fact it can happen, and you never know when that’s going to happen. I think that experience has led to a sort of foundational element of my thinking today. And so I wasn’t necessarily trying to show this idea of loss through the film but I do think it’s become one of the guiding lines of my work, in the spine of this work. 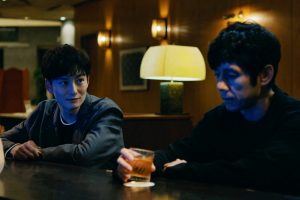 Q: Lately, Hollywood tries to show diversity, but they have not caught up to the real world yet. In this year’s Best Picture nominations, there are two films which have deaf characters. CODA and your film. And in the stage production within your film, it seems very challenging and near future world, in which foreign actors play the character who speaks their own languages on the same stage. Lately, whenever I go to Japan, I am surprised that so many foreigners work in Japan.  Japan opened the door to foreign countries about 170 years ago after about 2.5 centuries. So Japan is very much a divere world now, but also there is discrimination to foreigners. What did you want to tell the people about diversity through this film?

RH: So personally, I don’t know if I fully understand the term “diversity” and what that really means—what diverse actually means. But at the end of the day, I think it is obvious what the reality is, and the truth is that there are many different peoples from different backgrounds, whether that’s race, whether that’s religion, ethnicity, all these things. And that’s just the truth. And that’s the reality. I think what’s really important is, in order to make real diversity, I am asking you if we’re ready to accept that. It’s not always easy, because at the end of the day, we’re saying that everybody is different. And so in order to be able to accept the differences, I think it takes a lot of time, many conversations are needed to make it happen. And a lot of time needs to be taken in order to get to a place where there is harmony within that diversity. And it’s really about whether people can indeed accept that and be ready to put in that work. And whether I was really thinking about diversity, whether I was aware of the idea of diversity when I was making this scene within the film, that’s a slightly difficult question which I can’t answer. But I think, I did realize that I was making—it was a very difficult process that I was doing. It comes with very challenging things. Each person has different ideas on their acting, and they come from different cultures, which means that in order to make this work, we really had to communicate with each other. And I know I’m talking at a much smaller scale here when I’m talking about this theater scene within the film. But doing that was in fact very difficult. But in order to come to a place where we can really accept this kind of diversity, I think that each of us must do this very challenging process, which is to communicate with each other and invest our time to talk. Otherwise, we are not able to have diversity in the reality. I think it takes a lot of time. The important thing is that we must each of us really has to ourselves, are we ready to put in that work? 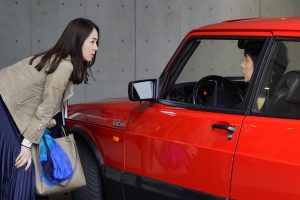 Q: Thinking about picking up the story, Drive My Car, or other films you have made, do you have any trend or preference for making films?

RH: In terms of thinking about how I pick my stories, I honestly don’t really know how I go about picking them. It’s really like during the work that I started to learn that “oh, that’s what I actually wanted to do.” I think personally, I’m a quite reactive person. When something happens to me and then I react to it, then I know myself through my own reactions. I’m not the kind of person who has these big plans that I work towards. I’m often thrown into a situation and then I find out how I react within that situation and then learn. I am that type of the person. So when adopting Haruki Murakami’s story was suggested to me, my first reaction was that “This isn’t something I don’t want to do.” And I just kept going down that path thinking that way and here I am finding myself where I am, and I hope that I can continue down this path.

Drive My Car is in theaters and VOD