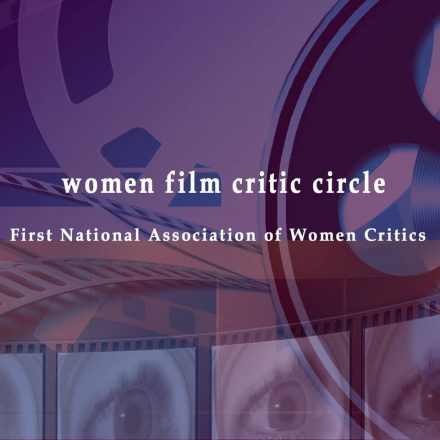 “I’m truly honoured to receive this award named after the great and dearly missed Adrienne Shelley. However no film is made alone and I would like to share this with the women who were instrumental in helping bring Last Night In Soho to the screen; my co-writer Krysty Wilson-Cairns, my producers Nira Park and Rachael Prior, my researcher Lucy Pardee, and, of course, many others who made up our talented cast and crew, who all brought their stories and perspectives to the piece. I thank them all for their contributions in bringing the truly important themes of this film to the screen.”

“Thank you to the Women Film Critics Circle Awards for selecting our film for this year’s Best Equality for The Sexes Award. The Williams Family is a true representation of grit and determination and it was an absolute pleasure to share their story. We’re delighted to accept the award and are grateful to share this recognition with our wonderful cast and crew.”

BEST MOVIE BY A WOMAN

WINNER: Jane Campion – The Power of the Dog

WINNER: Jane Champion – The Power of the Dog

RUNNER-UP: Nicole Kidman – Being the Ricardos

RUNNER-UP: Benedict Cumberbatch – The Power of the Dog

BEST FOREIGN FILM BY OR ABOUT WOMEN

BEST DOCUMENTARY BY OR ABOUT WOMEN

WINNER: Rita Moreno: Just a Girl Who Decided to Go for It

BEST EQUALITY OF THE SEXES

RUNNER-UP (TIE): Being the Ricardos

RUNNER-UP (TIE): The Harder They Fall

RUNNER-UP (TIE): Nicole Kidman and Javier Bardem – Being the Ricardos

Anthony Ramos and Melissa Barrera – In The Heights

*ADRIENNE SHELLY AWARD: Adrienne Shelly was a promising actress and filmmaker who was brutally strangled in her apartment in 2006 at the age of forty by a construction worker in the building, after she complained about noise. Her killer tried to cover up his crime by hanging her from a shower rack in her bathroom, to make it look like suicide. He later confessed that he was having a “bad day.” Shelly, who left behind a baby daughter, had just completed her film Waitress, which she also starred in, and which was honored at Sundance after her death.

*JOSEPHINE BAKER AWARD: The daughter of a laundress and a musician, Baker overcame being born black, female and poor, and marriage at age fifteen, to become an internationally acclaimed legendary performer, starring in the films Princess Tam Tam, Moulin Rouge and Zou Zou. She also survived the race riots in East St. Louis, Illinois as a child, and later expatriated to France to escape US racism. After participating heroically in the underground French Resistance during WWII, Baker returned to the US where she was a crusader for racial equality. Her activism led to attacks against her by reporter Walter Winchell who denounced her as a communist, leading her to wage a battle against him. Baker was instrumental in ending segregation in many theaters and clubs, where she refused to perform unless integration was implemented.

*KAREN MORLEY AWARD – For best exemplifying a woman’s place in history or society, and a courageous search for identity

*KAREN MORLEY AWARD: Karen Morley was a promising Hollywood star in the 1930s, in such films as Mata Hari and Our Daily Bread. She was driven out of Hollywood for her leftist political convictions by the Blacklist and for refusing to testify against other actors, while Robert Taylor and Sterling Hayden were informants against her. And also for daring to have a child and become a mother, unacceptable for female stars in those days. Morley maintained her militant political activism for the rest of her life, running for Lieutenant Governor on the American Labor Party ticket in 1954. She passed away in 2003, unrepentant to the end, at the age of 93.

RUNNER-UP: Being the Ricardos