“Eye in the Sky” star, Helen Mirren shares her thoughts on modern war & memories of her co-star, the late Alan Rickman. 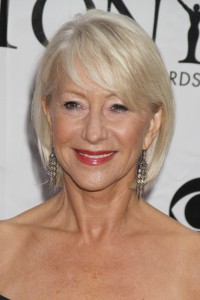 The very clever and intense modern war film, Eye in the Sky is the last film the legendary Alan Rickman completed before he passed away in January. Co-star, Helen Mirren shares what Alan was like on and off screen. Helen also discusses what  Eye is the Sky viewers will learn about modern war, and the questions she hopes they all leave asking. 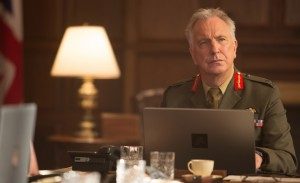 Q: Tell us what it was like working with your co-star, Alan Rickman?

Well, unfortunately in this film I didn’t actually get to work with Alan, because we all shot our pieces separately, but I have worked with Alan in the past. On the stage actually, not in movies. I think that Alan would have been incredibly proud that this was his last movie, because what I love about it is that the Alan you see up on the screen is much closer to the real Alan Rickman that we all knew and loved. You see his intelligence, you see his wit, and you see his authority, and I think that, that was very much the Alan that we knew. The other characters that he played so brilliantly in the “Harry Potter” series, the baddie in “Die Hard,” and those sorts of things. He was a wonderful actor, so he always gave an incredible performance, but I think the Alan that we see on the screen in this movie is very close to the real Alan, and I also feel that the story of the film, the…more than the story. What do I mean, the implication of the…the inner soul of the film, I think is very much something that Alan would have identified with, and would’ve been very proud to be a part of. 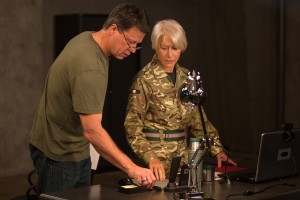 Q: What were your thoughts on the script?

When I received the script I didn’t know that there was this backstory, this originally being written for a man, and I so applaud Gavin (Hood, director), for…I mean, casting me. Obviously, that was great for me, but any woman, and I love how (he) articulated it just now, that it takes it out of just being a boy’s movie about war, and it makes it much more universal that we are all a part of this conversation, and I really applaud (him) for that. I wish more directors [laughs] had that point of view, and writers. I received the script, like Gavin, I had exactly the same response to it, it was an absolute page turner, but I thought much more than that. I thought the subject matter was serious and threw up a conversation that I think we all need to be having. This is the reality of war in our present day and age, and I can only assume will become more, and more prevalent as we travel through time, so we need to discuss this, and really be aware of what the various issues are.

I thought this film was a great war film, because so many war films are basically good guys and bad guys, and this is not about…well, of course, we do have bad guys in it, but it’s about the terrible moral decisions that any war throws up, so I thought it was a…I hope it will go into the canon of great war movies. I said to my agent…there were a couple of other projects that were flying around at the time, and were a possible conflict with this, and I said, “That’s the movie I want to do. If there are any conflicts I’m telling you, that’s the movie I want to do,” and at that time we didn’t have distribution. Gavin went into this film with enormous courage, and his financiers, and producers, without distribution, and it was a really, what they call, a small film. [Laughs].  One of those small films that are very, very delicate little flowers, because if you don’t get distribution, you know, it’s straight to TV basically, but I really thought it was one of the most exciting scripts I’d read in a long time. 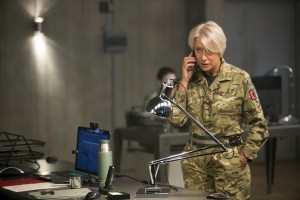 Q:  What surprised you about what war has become?

Well, I had no idea how far the technology has gone, and because it’s gone this far how far, therefore, will it go in the future in the next 10 or 20 years, that completely took me by surprise.  You know, you sort of read in the newspaper, “Oh, there was a drone attack on blah, blah…,” and you sort of go, “Oh, darn it.” You don’t really…I’ve never really thought about it, and it made me, obviously, really consider the reality of this stuff on the ground, the extraordinary way in which warfare has changed. You think of the nineteenth century idea of warfare, of people riding into battle on horses with sabers, and then the first World War idea of trenches and guns. Second World War idea of airplanes and bombs, and now we’re in the sort of third war, warfare is continuing on, and I suspect it will be very much a part of the future.

I do remember my parents, who went through The Blitz in London, said the most terrifying, the most terrifying thing about being bombed was not actually the airplanes, the German airplanes coming over, although that was terrifying, it was what the Germans had invented, this thing called the doodlebug, which is just a very early form of drone warfare, which was an unmanned vehicle that came over and made this drone sound, and she said the terror was when you heard the sound stop, because when it stopped was when it dropped its bombs, and so, my mother, in a way, had sort of firsthand experience of what these people must experience. It must be so terrifying, because it’s coming out of nowhere, you don’t know that it’s coming. 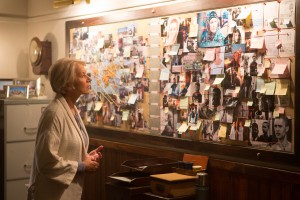 Q: The film initiates the question of “what is the right thing to do”. What do you hope viewers will leave the theatre with?

I think, in a way, when I was watching it, I was thinking, “You know what, in a way it’s like a court room…not a…it’s like a courtroom drama, and the audience are the jury, and when the jury leave the theater, at the end of the film, now they’re going off to make their decisions about what is right and what is wrong, so I’m really hoping that people will leave the theater, go out to dinner, and have very intense conversations about morality, philosophy…

Eye in the Sky is on theatres now.