“Foxcatcher” star Channing Tatum says about fatherhood, “I love being a dad. It’s one of the greatest gifts I’ve ever been given for sure.” Yes, he does change diapers! 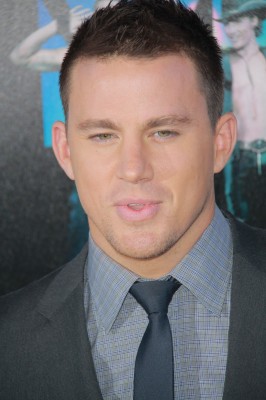 In Foxcatcher, Channing Tatum plays a real guy, Mark Schultz, an Olympic gold medal wrestler. This role shows his skill not only with wresting but also with very dark serious dramatic acting. What was it like practicing wrestling? Did he meet Mark Schultz before filming? Even we agree that he has great comedy timing but we found he confessed his fear about comedic roles. 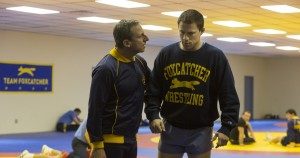 Q: What was it like working with Steve Carell and Mark Ruffalo? Did the hard hits from wrestling stay with you?

Yeah, the hard hits, I don’t think they’ll ever leave my body for sure. You can’t fake wrestling, we learned very, very quickly. You can fake a punch camera-wise, you can fake it. With wrestling you just have to go ahead and do it. You really need to see the hand hit the side of the face and head-butting and everything. It was by far — and I don’t say this lightly — the hardest thing I’ve ever done physically. I’ve done a lot of sports, a lot of martial arts. It was a suffocating and very painful thing. But I got to say at the end of the day I’m so just in awe of those athletes and very, very proud to have been given such amazing time and focus. Some of them are probably the most amazing athletes I’ve ever moved with. It was a blessing. 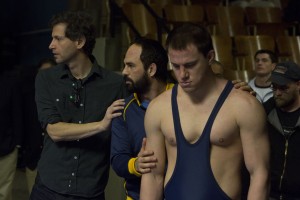 Q: It was very quiet in the wresting scene.

Yeah, wrestling, there is a lot being said to each other without talking. You’re in a quiet gym and you just hear grunts and slams and slaps and breathing hard. The way that you hand fight is it’s a bit of a chess match. You’re constantly baiting and trying to set up something that you want. It’s really interesting that throughout Mark and I were sort of on a journey through finding these two men in us. We had to go through a lot of very humbling [moments] and kind of you don’t feel like you’re doing very well at all, especially in the beginning when you’re learning. One person is getting something better than you are. I think Mark and I both were just there for each other throughout that learning process. Knowing what each other was struggling with, we learned on a very small, small level what it is to really be there for someone on that level. That scene specifically, there were about 20 other pages before that scene where Ruffalo and I have scenes together where we’re talking, where he’s being a big brother. We could just throw it out, because you see it all in that one scene. You see it all. And I think it really has to do with all the time and sort of just friendship we created during wrestling. 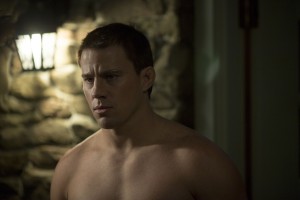 Q: About your movement in this film, your walking style was very much like a wrestler. How did you get the movement?

I got to hang out with Mark a lot. The way he moves, I just copied it. I can’t say I had some actor reason of why I wanted to move like that. That was like how he held his fork. He was like a really dangerous animal — just kind of move through life in that way. He wanted people to be afraid of him. 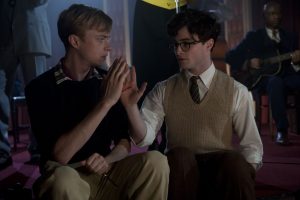 Q: Comedy versus drama… Which one is easier for you?

I just think they’re all different muscles. Comedy doesn’t come easy for me. I’ve only done two movies that are really comedy-styled films. And I had to work at them. They’re just as scary in a way. I hate labeling all these things — comedies, love stories, mysteries, dark drama, whatever. But they’re all just different muscles. This one, I’ve only played one other person that was real before. And the stakes are very, very high. I have to live with Mark Schultz in the world and hoping that I did some amount of justice for him. Things are a little bit more tangible, and they’re not just in a high stakes make-believe game that movies are. I enjoy going deeper than I’ve ever gone into a character for sure. I can’t say that I want to do this forever. I think that I’ll just find the people that I want to do them with. And then go do them.