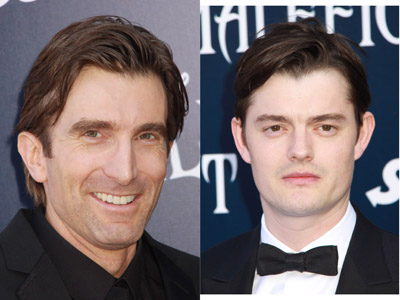 When Sharlto Copley and Sam Riley walked into the press junket for their new film, Free Fire, I thought I was having a flashback to Maleficent, the last time I saw each of them. That being said, of course I decide it was a great opportunity to have a little fun. 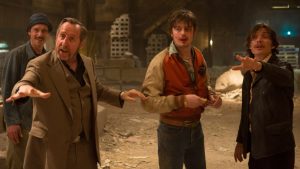 Sharlto Copley: You know what? I feel like I was in this same room for Maleficent (junket) with the mom’s who did the …

Sam Riley: That was scary, wasn’t it?

Sam Riley: That was?

Sharlto Copley: Yeah. And I thought it was this exact room. 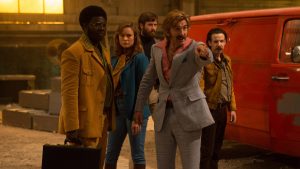 Q: What did they ask you at the time?

Sharlto Copley: They asked … This guy [pointed Sam] was so smooth. They asked something about Angelina Jolie, and because we’d both gotten to kiss her or something in the movie. And they asked … We both kissed her…

Sam Riley: They cut it out.

Q: You play a bird, you kissed her as a bird?

Sharlto Copley: We both got to kiss her. And we both got cut out. It is a painful story, but ignore that part. He answers something about how he only has eyes for his wife. I was like “Sam you are a smooth bastard. You just won every point with the mommy bloggers.”

Q: Ok, let’s talk about Free Fire. Was it tough ducking and crawling through those debris and rubbles? How painful was that process?

Sam Riley: It’s uncomfortable to some extent, but we were all in it together, there wasn’t really … You couldn’t really …. You could only complain on it to the phone to somebody later at night. You could never complain in front of the others.

Sharlto Copley: Everyone has to just toughen up.

Sam Riley: We were saying before it got quiet fun … We almost … Towards the end we just skipped the makeup trailer out. Didn’t we?

Sam Riley: I had to have a black eye everyday.

Sharlto Copley: You did a black eye. 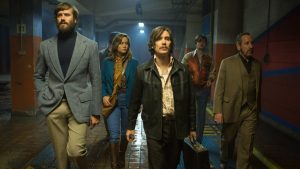 Sam Riley: But other than that, we got in such a specific type of mess that it could only recreated by going into the backing warehouse and just lying on the ground, rolling around or putting your head in a pile of dirt. That was the only way of replicating the continuity.

Sharlto Copley: Put a little bit of dirt on you.

Sam Riley: Putting the wet jeans on every morning. It was like sticky as hell.

Sharlto Copley: From the blood.

Sam Riley: From the blood, yeah. Not from peeing myself.

Sharlto Copley: I was going to say … I covered you there. Just so he wasn’t pissing himself. 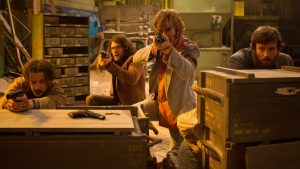 Q: Could you both talk about death scene? What was that like?

Sharlto Copley: That was, as it turns out, insurance believes that’s the most dangerous thing I have ever done on camera, because insurance insisted that be done after they have shot the whole movie. If you are looking mathematically at odds of dying apparently according to insurance company anything I’ve done since would be prior was not as dangerous requesting I be set on fire.

Because everything else was shot in sequence. And that did start to kinda freak me out just a little bit. I was like really, okay? Do you still want to do. Yeah I’ll still do it, because now I’ve acted like a tough guy until that moment.

But actually what got me with that was, they did incredible prosthetics work on me. I mean like third degree burns on my arms and you see some of it in the film, but really we don’t linger on it enough. The actual whole back of my head is burnt and the shoulders are burnt and the arms and the suit is burnt into the flesh and it was so realistically done and so I was doing post burn before I actually set myself on fire. 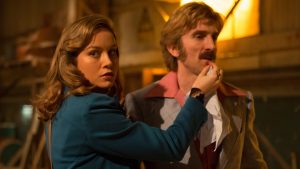 I was doing the scenes where I had this on, sometimes you know what I’ve experienced in acting is, you’ll do something and this was one of those cases, where it was so realistic that as I moved the tendons in my hand, these burnt tendons with 3D burns would move and your brain is trying to process it. Your brain is going I’m burnt, but I’m not burnt. And a few times my hand would just start to shake like this. And I would be like what the hell is going on.

And so I didn’t make it easy for myself, because I also had a set medic who had worked with real burn victims. He was like, he’s been in war zones. And so I thought it was a great idea to get him in to come and see how realistic is this. And then he started telling me stories and I would be like, if I accidentally burnt, you know and I had some gas or this glue like they’re putting on my hand and the degree burns.

I wouldn’t burn like that easily right? He’s like, “No man you’d be … Once the fire sets a light, you’d be there in about five seconds. You know, like burn down to that amount.” So he would explain to me how easy it is for me to get to that level of burn if it was to go wrong. 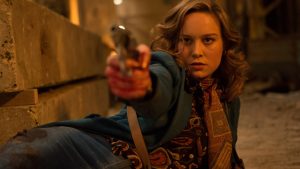 And so suddenly, I’m like, he’s not telling me stories about like, you know, there was this one guy at a petrol station and he caught a light and he is telling me the whole story about he had to go and all these horror stories which I am sort a fascinated by in one way, but then the day is coming when I have actually set myself on fire.

And it just kinda mentally messed with me, but he [pointed Sam] had it worse, his death scene. [inaudible], no psychologically, because he really … He gets  driven over…

Sam Riley: With a real van.

Sharlto Copley: Yeah and so, they do the stunt with like the three wheels. Explain it.

Sam Riley: Basically they weigh. I saw it once on TV “Penn & Teller” the comedians when I was a little kid with my Dad. When they said we’ve got this great idea. I was like, I know, I was familiar with it. They weighed it down on the one side, the tire that goes over my head is the one fake tire.

Sharlto Copley: It’s not fake it’s just no pressure on it.

Sharlto Copley: But it’s still there.

Sam Riley: Then they’re pushing it over towards, it is saying is weird… because the other thing is, they have to run around the front and then stop it, because the next tire coming was not funny.

Sharlto Copley: Shit! [laughs] I actually think that takes it over the burn.

Sam Riley: Because everything, as it’s coming towards you. Every part of your being is telling you to move out of the way or imagining this might be the last thing.

Sharlto Copley: It’s your head. It’s like, if anything goes wrong.

Sam Riley: Bizarrely when we were at the London premiere, my family were there. It always gets a good reaction. The loudest laugh I heard in the cinema was my father. I was like I know that laugh. Your first born is … Nervous laughter, but it was … Yeah it was interesting. 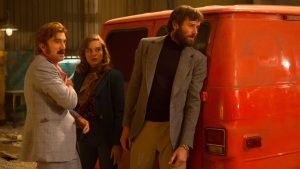 Q: We heard you guys all just laughed for the most part during the production.

Sam Riley: There is a lot of laughter, but we’re just talking about this in a previous interview, but there wasn’t any corpsing, which is when you laugh on during a take. It was usually, it was between there was a lot of it, but there was always an element of anxiety before every take.

Sharlto Copley: Once the shooting started.

Sam Riley: Because of the gun fire and there was always a sense with me certainly, at the end of each day that everyone was all right. It was the most … For me as well the most dangerous set in the sense of what could have happened.

Sharlto Copley: The number of charges that I was saying to someone, I think it was probably by quite a way the most dangerous in terms of like number of squib hits that were right by my head at a given time, that were loaded at that time, because Ben would do long takes, so normally into something, you would have like, okay, we’re gonna do the shot where I get … Someone shoots at me and I would move off the chair and then the squibs blow up and we do three of those, but in Ben’s thing like, we do all of our chairs and then we do the sequence, a guy comes in and starts shooting and we all going to the ground and so, if you get the timing wrong with any of that stuff, the charges are gonna go off right next to you and then it absolutely will damage you. It’s not gonna … And if it goes by your face.

Sharlto Copley: It really just up the ante of like, okay guys everyone just focus.

Sam Riley: Yeah, we’re all played silly buggers in between.

Sam Riley: We all sensed the responsibility for one another’s well being.

Q: Also the set itself was just dangerous. Like if you fell the wrong way you fall on something.

Sam Riley: It was spotless wasn’t it.

Sam Riley: It had been industrially cleaned in order for it be made filthy. It was right behind the supermarket in Brighton.

Sam Riley: We used to dare each other to go in and buy sandwiches. There was a brilliant sign outside expensive supermarket. It was sort of telling people not to call the cops.

Sharlto Copley: That side only had that. They put the sign there on the first day. So someone called the cops, so the cops arrive and it was a whole thing, because when there’s gun fire in England and the police come with the gun … Police come, that’s the whole thing.

Sam Riley: Do not be alarmed by gun fire.

Sam Riley: There were men walking around in 70s clothes covered in blood.

Sam Riley: Vernon is still alive, you can make it, you can be shot through the nose and out the back of the head and miss the brain. It’s totally possible. I don’t know. I am defaulting that question to Neil (Blomkamp, director, writer) now. Very soon I am going to publish his email online and people just email him directly.

Q: Do you still get asked that?

Sam Riley: I’ve heard him being asked that. We’ve been together all day. You’re not the first person to asked that.