From Elf to Wasp?! “Ant-Man” heroine Evangeline Lilly has established her position as a female action heroine in Hollywood! 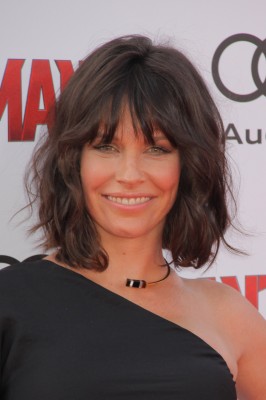 She was a cool outdoorsy tomboyish character in Lost, then a strong female Elf in The Hobbit series. Now she is a female Marvel action heroine. Ant-Man star Evangeline Lilly says she is very happy about what Marvel does for female characters. And she is very honored to be a role model for science gals. 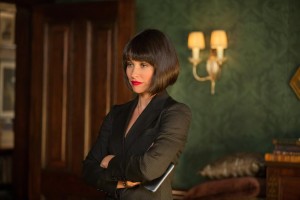 Q: How do you see female audiences relating to Marvel’s female characters?

I think that there is a lot of excitement in the focus groups that we’ve seen already, with the female audiences, about this character in general, and about the fact that Marvel is really, really taking female characters very seriously. Looking at their lineup, you can see that they have great intentions. And as a woman who came into a predominantly male film, I had a great time working with Peyton (Reed, director) and with the producers on this character, because I could see a hunger in them to really, really do right by Hope (Evangeline’s character), and do right by their female fans and the female audience. And you know, when I pick a role, one of the things that I aspire to is that somebody’s parent will come up to me after the film has come out and say, “My daughter idealizes that character. You’re her hero.” And that’s what we aim for, especially in this brand, right? We’re in the business of making heroes. 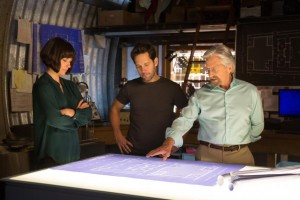 Q: Can you talk about playing a character who’s a full-on superhero, even without a costume? And how do you see becoming a role model for girls who are watching the movie looking for someone else to relate to?

That was the most exciting thing for me about the role. Of course while we were filming and during post-production, there was a lot of buzz on the internet… “Is Evangeline playing the Wasp, and is she a superhero?” and I had a lot of questions directed my way about that. And I just couldn’t have felt more comfortable or more happy saying, “Actually, she is just a really capable, very powerful force to be reckoned with and she doesn’t have a superpower and she doesn’t put on a fancy suit, and look dorky in it.” My super-suit was my power suit that I would go to work in and be a high level scientist and on the chair of the board of a very, very powerful corporation. And I do think that’s a fantastic example for young women. And Marvel is actually doing this incredible campaign right now where they’ve put out a competition to young women in America to create scientific gadget projects and they’re promoting the maths and sciences for young women and young girls. They’ve put a lot of heart and love into that and I was happy to be the face for that campaign. Playing the role of a female scientist in a world where most scientists are men is a great role to play.