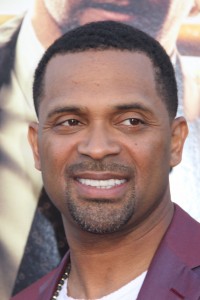 Long before 2016 blew up with Donald Trump trying to remove all the colors from America’s crayon box or the Oscars being dubbed with the scarlet hashtag, #OscarsSoWhite;  Mike Epps got phone call from director/writer/producer, Deon Taylor to star in his film, Meet the Blacks.

Epps, who is no stranger to pushing the comedic envelope shares his first reaction to Taylor’s request as well as the fortunate timing for the film’s release. Epps also gives us his theory on Donald Trump’s racial infused race to the White House, and co-star Snoop Dogg’s commitment alternative medicine while filming. 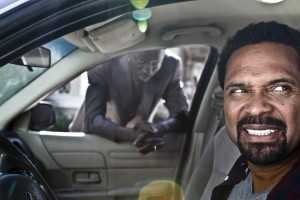 Q: Share with us how you were introduced to the project?

A guy by the name of Deon Taylor (director, writer, producer) came to me and presented it to me. He said, “Hey, Mike, I’ve got a great opportunity for you.” I said, “Oh, yeah?” He said, “Yeah, this will be your first time starring in a movie. I’ve seen you in so many films and stuff like that. This will be the first you’ll be able to star in a movie.” He said, “Have you ever see the movie The Purge? and I said, “Yeah, I did see it.” And he said, “Well, I’ve got a spoof of The Purge” and immediately when he said that I started laughing. I said, “Now damn, that would be funny.” I got talking to Deon. He got me the script. When he started telling me about what the story’s about, I was like, “I’m in.” He started telling me about the possibility of other cast members that could be in the movie and I said, “I’m in.” 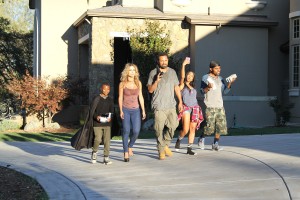 Q: The timing of the film’s release is amazing. Between the recent controversy surrounding the Oscars and Donald Trump’s daily barrage of racially charged comments,  this movie can give viewers a way to laugh at not very laughable matters. What are your thoughts of the timing of the release?

I don’t know if Deon’s psychic but he perceived this, wrote this pre-Donald Trump and all this madness that’s going on almost like he saw it coming. It couldn’t be a (more) perfect time for this movie to come out. Had it come out at another time it might have a whole lot of controversy behind it and a whole bunch of whys. But I think this movie speaks volumes in a lot of ways as a really cool message with a lot of underlying messages in the movie itself. But it’s funny. People are coming to laugh. There are some moments in it where if you’re a certain type of person you’re going to say, “Uh oh, why that?” but for the most this is a celebration of a bunch of different actors coming together and making light of something that is really horrible in the world right now.

Q: As a standup comedian and performer yourself, do you see Donald Trump’s on-stage persona just one big act?

I think that’s exactly what he is. And that’s all he is. It’s a joke. It’s a successful joke that’s running a long-ass time, and it’s scaring the shit out of everybody. I don’t think his ass thought he was going to win in the beginning. It’s just (a testament) to how many crazy people out here think like him.  They’re not thinking about this is our country, this is our lives. This is a dude that’s an entertainer. That’s what’s winning for him. He’s an entertainer; he doesn’t know shit about politics. He’s up there crazy and bullshitting. At the same time, on the other hand, he’s causing a revolution. It’s fun for him but people are dying and all kinds of crazy shit over this so… it’s just tough, man.

Q: How much fun is it working with your buddy Snoop?

I can say this much, when I’m around Snoop, when I leave him, my whole day is a blur. This motherfucker smokes (weed) back to back, and while you’re smoking, he’ll hand you another one. You’re like this (pretends to take a toke), “Thank you Snoop.”