“Go for Sisters” is for the patient crime drama enthusiast 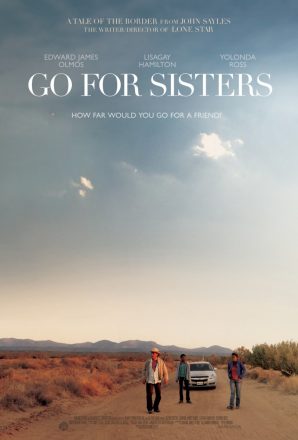 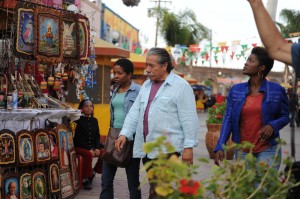 The very well experienced and accomplished writer/director John Sayles writes and directs a sort of mystery story, hinting at race relations, and the piecing together of a parole officer named Bernice (LisaGay Hamilton) in this crime drama Go for Sisters. Her ex-Marine son is a murder suspect to his friend’s death. The main plot story and mystery is that he has gone missing. So, it is Bernice, who without lawful regard, goes on the search for her missing son. She is accompanied by an estranged friend, who is also her parolee client, Fontayne (Yolonda Ross), tangled in her own dreary drug past. Along the way they seek the assistance of an ex-detective, Freddy Suarez, played by the ever raspy-throated Stand and Deliver star, Edward James Olmos. Their story of retrieval, discovering the mystery, takes them to and from the Mexican border. And of course, this is in no way going to be an easy journey. 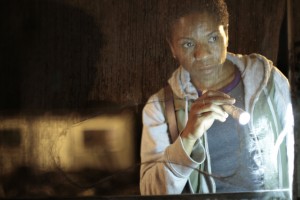 Profound words that start the film echo as a theme that reflects every character’s motives to do things at times illegal and certainly dangerous, but as simply as it can be said by the parolee in Bernice’s office pleading her story, “You do things for your friends.” Bernice is jeopardizing her job and life for her son, Fontayne is trying to help her old friend in the best way she knows how, and Freddy is taking a risk to support his family. The subtle moments in this film revolving around despair and the characters’ continuous struggles to make a connection with somebody they care about or to rid themselves of a haunting past are most eloquently done by Sayles. 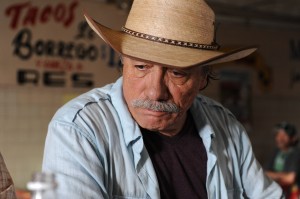 The film moves at a methodical pace like so many independent crime dramas. They go from questioning this girl to that guy, then driving from one house to another, and the growth of information obtained is gradual. The dialogue is rich and plenty. It can be mild with excitement more moments than not. This is a film for the patient moviegoer.

John Sayles’ Go for Sisters is out in theaters this November.