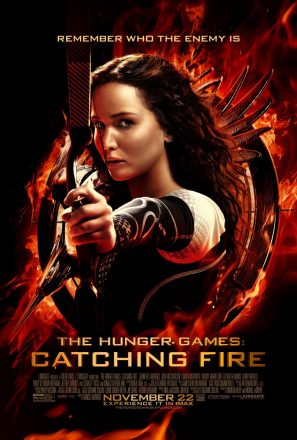 When I watched The Hunger Games, the first movie in the series, I felt it was kind of the same idea as the Japanese film Battle Royale. However, when I saw The Hunger Games: Catching Fire, that feeling was gone. The second film is very original and an accurate portrait of modern society complete with a cynical metaphor — especially with marketing and creating celebrities as well as being a celebrity. 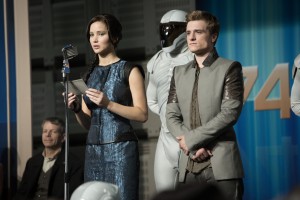 As a celebrity and an Oscar-winning actress in her early 20s, how does Jennifer Lawrence deal with her fame? Does she enjoy being a celebrity? 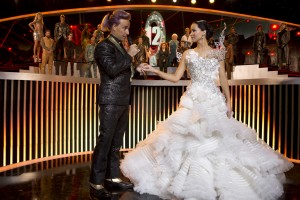 “There are so many wonderful things that can come from this. Saying the right things. And a simple one is that it is so easy to raise money for charity. It takes me ten minutes to sign a hundred posters that can raise thousands of dollars for charity.”

It seems being an Oscar winner caused some trouble for her on the set of Catching Fire.

“It made me a target for somebody… Woody (Harrelson)! Every time I messed up my line, he’d say, ‘Better give that Oscar back.’ I just wish that everybody in this cast did not know about it. It would have made life a lot easier.”

Being the ex-fiance of Miley Cyrus (whose every movement makes the PTA upset), Liam Hemsworth knows his responsibility in being a celebrity. 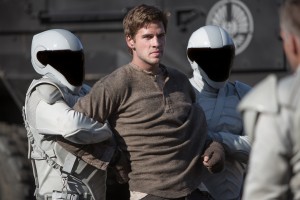 “I think we have a unique opportunity to have a voice and spread awareness to an issue that might be important regardless if people want to listen to us or not. We are given a platform to talk on. I think if we use that platform then there is a little bit of good that we can do to spread awareness to important things, and it is a unique opportunity to have.”