Highway 61 Film Festival winner, “Princess Beard” will challenge your definition of a Princess 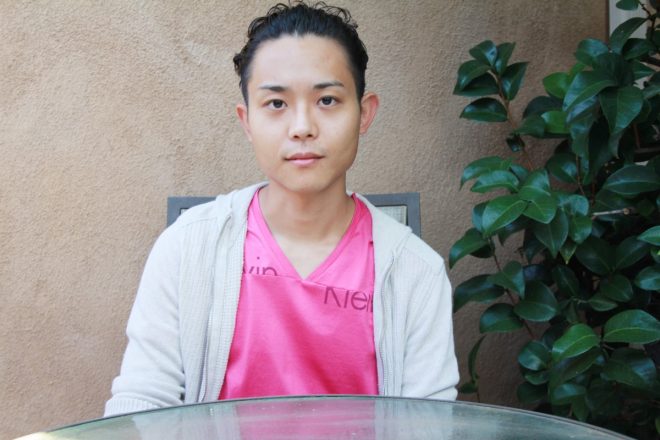 When I originally saw the trailer of Princess Beard, I could not stop laughing because it was hilarious. I was equally impressed by the metaphorical message of modern society’s emphasis on looks and them being more important that the substance and character of a person. The film was awarded second place in the comedy short category at 2017’s Highway 61 Film Festival but now it is awarded “Best of the Fest” , an award given when audiences love the film. I sat down with the director and writer for the film, Hiroki Ohsawa to ask how he got the idea of this hilarious comedy as well as his upcoming project.

Q: How did you get the idea for this film?

Princess Beard is a parody of Disney princess stories. Whenever I watched Disney animations, I always wondered why the princess was traditionally beautiful and the prince was traditionally handsome. It is very easy for them to fall in love with each other due to their natural beauty. In reality, however, most people feel inferior to others when it comes to appearance, personality, and so on, but we accept and live with those insecurities. The bearded princess’ point of view illustrates this common theme of human insecurity. 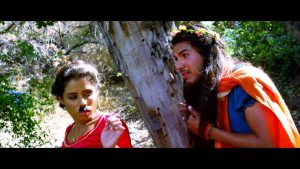 Q: What was the most challenging thing to make this film?

Using a male actor as the princess character was the biggest challenge. This was a comedy movie, and I believed that a muscular guy with a real beard, long hair, and imitated high tone voice plays the princess is much funnier than a regular actress with a fake beard. It took about two months to find right actor I am looking for because usually male actors never thought that princess casting call was for them. Fortunately, I found the one, but that was not the end of this challenge. The film had two musical scenes like exactly Disney style, and definitely I needed the princess to sing songs. However, the actor I casted could speak with high tone voice but could not sing with it. For this reason, I the director myself sang. The princess’ singing voice you hear in the movie is my voice! [laughs] 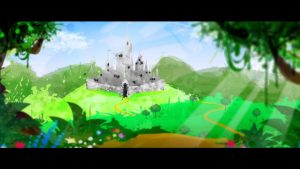 Q: When you screen this film, what was most unexpected reaction you find from audiences?

Some audiences told me that they felt Japanese style from the story even though I had not intended to infuse any essence of Japanese culture into the movie. That was the most unexpected reaction from audiences. They said that character setups, story atmosphere, jokes, acting, etc. are very unique, like Japanese Anime, comparing to regular Hollywood movies. Then I realized that no matter what I create, it includes Japanese taste unintentionally because I’m Japanese, and that is my advantage. 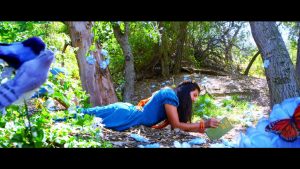 Q: What did you learn from this project?

After this project, I started to strongly believe that everything in the frame must tell a story, and the director must be able to explain why, including wardrobe and production design. For the film, I tried to use colors psychologically to describe characters’ personalities, emotions, and situations. For example, I chose a blue dress for the princess in the green forest scene because blue is the similar color to green and shows the princess is a part of the forest world. On the other hand, I chose a red dress for the bad mother because red is the complementary color to green and shows the mother is an antagonist against the forest world and the princess. In addition, I changed the colors of the flowers in the background depending on the scene. For instance, I used purple flowers for a fantastical scene, pink flowers for a romantic scene, and yellow flowers for a scene dealing with insecurity. They worked very well. 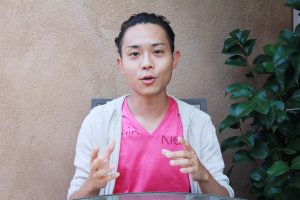 Q: What was your reaction when you heard this film is selected “Best of the Fest” award?

I was glad, honored, but also very surprised because previously the film was awarded second place in the Comedy Short section of the same film festival last year. It meant my film was re-evaluated and promoted!

Princess Beard was chosen as one of 39 very best films of approximately 4,200 submitted films in past eight years history of the Highway 61 Film Festival. The festival has pre-screeners vet the films, and then a separate group of judges pick the winners based on creativity, originality, quality of acting, directing and cinematography. They also factor in how much they liked, admired and/or enjoyed the film. Judges rank each film they viewed on a numerical scale, submit their scores, and the committee calculates which are the winners. I am very happy and feel honored as a comedy director because it means they appreciated my serious motivation about filmmaking even though the idea was silly. I was encouraged to keep my movie style as long as there are people who enjoy it. 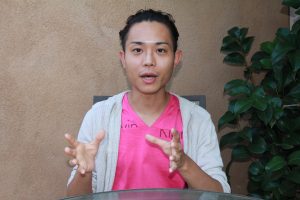 Q: What is your upcoming project?

I am working on a superhero sci-fi action comedy movie The Alc-Manis my upcoming directed film. The story is about an alcoholic ex-superhero Alc-Man who is forced to train his rebellious daughter to follow in his footsteps in order to protect her from his arch nemesis, Booze, who comes back from another world. This movie incorporates pieces of Japanese culture throughout the film. The superhero suits, weapon designs, wardrobe, production design, dialogue, and even the acting all have influences of Japanese culture. For example, Alc-Men eat Ramen to heal their bodies after they drink alcohol to transform into a superhero and fight against monsters. This idea comes from a Japanese habit to eat Ramen to recover after a drinking party or getting a hangover. My future goal is to continue to introduce Japanese culture to the world through my movies.

Hiroki Ohsawa is an LA-based Japanese filmmaker. He studied media literacy and filmmaking at Waseda University in Japan. While still at school, two of his documentary films won prizes in film festivals. In 2015, Hiroki moved to Los Angeles and studied at New York Film Academy, MFA Filmmaking, and had worked on over 30 projects wearing many hats such as; director, producer, writer, editor, motion graphics designer, and more with international filmmakers. One of his most recent directed films Pandora’s Boxreceived four awards, five nominations/official selections. Now Hiroki is working on several film projects vigorously to show well-known and hidden Japanese culture to the world.

For more info on Hiroki, please visit his website at,