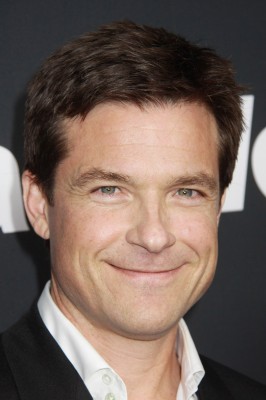 Jason Bateman is not from the standup comedy industry but he is one of the best comedic actors in Hollywood now. His sense of black humor made his directorial debut film hilarious and Jason admits this one does fit his style. 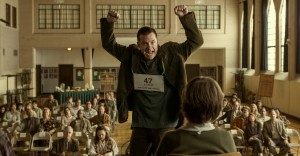 “I asked people who were brutally honest and very objective and they said, ‘I think that the industry would welcome that. I think you could attract a group of actors that you would be proud of. I think you could attract a bunch of people below the line that would be incredible.’ So I started looking at some scripts — three in particular and this was one of them — and I said, ‘This seems like the kind of scope that I would be responsible to take on and this is the kind of comedic tone I think I could navigate well.'”

“There was a checks and balance system that was eliminated, which is not terribly responsible or advised in most circumstances, but this was a character that I felt I could handle. There is a part of me that is this guy. I’ve got him where he needs to be in a cage, but I knew how to access that guy and I felt like I had a good shot at playing him in a way that was vulnerable, somewhat redemptive. That was the biggest challenge. I took a couple of big swings at some actors that could definitely do it — much, much bigger stars than I’ll ever be — but they were busy or not interested. And before we started going to people that might be a little bit more risky as far as hitting that narrow target, I said, ‘Well, why don’t I just do it?’ That way I increase my chances of hitting the snare on target of tonal accuracy since I’ll be able to control it in front of the camera and behind the camera. And since we had this truncated shooting schedule I knew I didn’t have the luxury of time to do four or five takes where you work out a creative negotiation with the actor about, ‘You know, you seem a little angry there and I’d love for you to be a little kinder there,’ and now all of a sudden you need to be moving on to the next scene.”

There are so many child actors in Bad Words, and in the film industry, there’s the old adage about working with children and animals. So how did that work out? Jason has many scenes with Rohan Chand, an excellent young actor who plays Chaitanya. Since Jason was also a child actor, did it remind him of when he was that age?

“They were great. The kids on the stage were very into it, and very professional. Rohan who played Chaitanya — I think he’s 19 [laughs], or something like that, you’ll have to check his papers — he was very professional, and he knew all of his lines, and my lines. He was a very skilled actor without being obnoxiously precocious. There wasn’t that switch with the kids… that hamburger switch, where they’re like, ‘This is great!’ and then the camera goes down. I encouraged him to be every bit of the kid that he is, and a lot of that was helped by me remembering how I liked to be treated when I was that age acting. You want to be treated like an adult, but you also want to have fun. You want to feel safe. I was his buddy as much as his director, and his co-actor. We had a really good time. I’m so proud of him, and I’m really excited for people to see how good he is in this film. He’s the heart and soul of the movie. It’s tricky… You want to lead with that, and you want to tell everybody how great the kid is, yet then people are going to think it’s About a Boy [laughs], literally and figuratively. The film is not soft, but there is a great emotional, heartwarming byproduct of this very prickly journey that you have to go through to then see and appreciate. But if you lead with that, you’re like, ‘I got it. I’ll go watch the Disney channel and get my gist of that.’ This was not that.”