“If I Stay” star Chloe Grace Moretz confesses, “I’m still fighting for every role that I get” 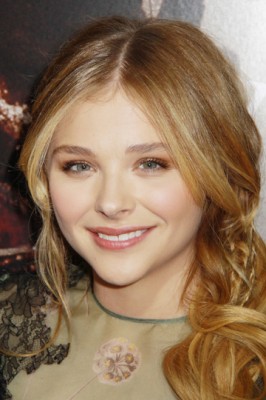 Chloe Grace Moretz has grown up! Now she plays a high school girl who has found true love. Her character Mia faces the choice of staying with her boyfriend and people left in her life or going with her family who went to the next world. Does Chloe herself believe in the afterlife? And how does she deal with a long distance relationship and her onscreen make-out scene? Also, she reveals she still has to fight for roles even after she became a movie star! 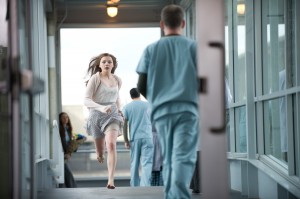 Q: Do you believe in life after death?

Here’s what I think is interesting about this movie: Even though it deals with life after death, it isn’t religion-based. You can watch it without being force-fed Christianity or Catholicism or something else. You don’t have one kind of religion being stuffed down your throat. You are just understanding that there is a soul, there are emotional feelings; there’s love, there’s passion and that exists post accident, post death, etc. These are incredibly real feelings and they do continue on in a sense. That comments on the question a little bit. 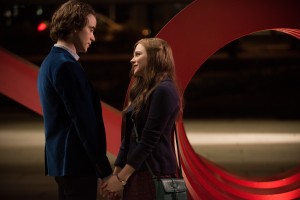 Q: How did you draw on your life experience for this first love story?

Everyone says you have to draw from a modicum of self-experience for a role. Love, in particular, when you’re creating a love story, not every relationship is the same, not every love that you find is the same. Every kind that you get from another person, there are different types of it, and you learn through each relationship, there are many different ways you can love someone. With Jamie and I, we became good friends and were able to create this love relationship by goofing around with each other and being silly and having a good time rapping to Kanye and being like kids and having fun on set. It’s always awkward when you are having to kiss someone and the director R.J. (Cutler) is like, “Turn your head to the right, please. Make it look like you actually like each other.” [Laughs] We’re like, “Like this? How do we look? Do we look good?” It worked once we got it. R.J. and John (de Borman, DP), two men telling these two kids how to make out [laughs].

Q: You have been acting since you were 11 and now you’re 17. And now you’ve become a movie star in the space of six years. It seems so easy for you. How does it seem to you this journey you’ve been on? 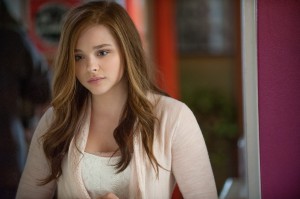 How hard has it been? It’s been really hard. Even when I started doing it at five years old, everyone in my life looked at us and said, “You’re crazy. Take your kid out of the business and put them in school. You’re never going to succeed.” That was my entire time being brought up. But, my mom was like, “Look, if you love it, do it. If you’ve having fun, and I know you’re having fun, do whatever you want — whether that’s gymnastics, learning the guitar, acting or just being a normal kid. She’s going to do what makes her happy.” That’s how I’ve lived my life. It’s hard for a number of reasons. I’m still fighting for every role that I get. I’m still finding the boundary of how old I can be or how able to be something else that I’m not. You’re always struggling, especially as a female actress against the higher powers that try to keep you in a spot which makes them feel comfortable. That’s a major thing I’m battling with right now. And even though it’s been hard, it’s been easy, because I’ve always followed my heart. Whatever project I’ve ever chosen, it’s been something that I feel that I couldn’t live without. I couldn’t spend another day of my life knowing that I didn’t do that role or give my all and emotions to that role. Yes, it’s been hard, but it’s been incredibly uplifting. Without it, I wouldn’t be the same young adult, young woman I am now.

If I Stay opens in theaters August 22nd.