“Sin City: A Dame to Kill For” star Jessica Alba confesses, “This is the perfect date movie. If a guy took me on a date to see this movie, I would marry him for sure!” 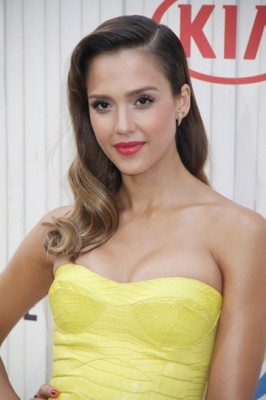 Latina beauty Jessica Alba shows her skin more than in any other film and her wild side in this sequel. She is now a mother of two and running her own company but she focused on what needed to be done for this wild ride. 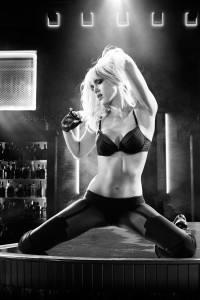 Q: How did you prepare this time?

I read the script — they snuck the script to me — because I knew Robert (Rodriguez, director) was going to call me on Monday and ask me to show up on Thursday and I wouldn’t have any time to prepare. So just send me the script, I know we are not shooting any time soon, just so I can see what I have to do. I saw that I was, throughout the script, in all these dance sequences and she is in different disguises, and so I was like, I have to learn how to dance different, this is going to be great. So I worked with a choreographer. I put together costumes and all these wigs and stuff. So I was prepared. And I worked with an acting coach to kind of get in that head space. I am a mom, I have two kids, I run a company. I am not like this, you know, drunk stripper [laughs]… I took advantage of the head space of the character. 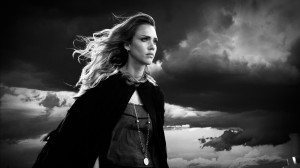 Q: For the first Sin City, you expressed trepidation about your dancing. Were you more comfortable this time?

Yeah, I was 21 or 22, I think. I was so young and I was not comfortable in my own skin and dancing on stage. It was all kind of terrifying being on a set with these meek individuals [pointing to Frank Miller and Robert] who don’t have strong opinions at all. I was terrified. I didn’t want to make a misstep and I knew how incredible this world was. I just didn’t want to disappoint them or myself. And in this one, I felt more confident and comfortable in my own skin. If I’m going to be blessed with a career and do movies, I might as well go 150 percent and really push it and be fearless. That’s kind of the attitude I took this time. 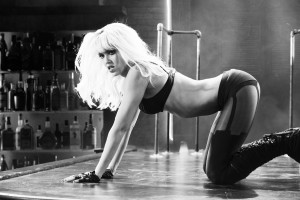 Q: Can you talk about some of your ideas for the costumes, and what your reaction was when the costume director showed them to you? Did you want to cover up or show more skin?

Nina (Proctor, costume designer), who Robert has worked with for a long time, she’s incredibly creative and so amazing. I literally just pulled together a bunch of things and she pulled together a bunch of things and we threw ‘em all together in a pile on the ground, and I had wigs and I was trying things on… We figured it out together and we created it together. I really wanted each costume to reflect what was happening to Nancy emotionally at that point so it made sense when you pick up her character, in the end, that she has that breakdown. So that’s sort of how we thought about the costumes and the looks and the dances and everything. And you guys just see a tiny little piece of it, but I think it was enough. 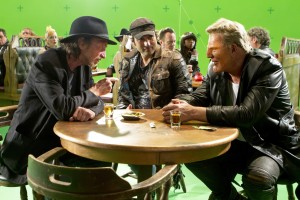 Q: What foods did you eat to keep you energized during those long dance scenes, and did you lose any weight from working out so much?

It was really the role that kept me energized. I ate a lot of vegetables…  I mean, you don’t really want to eat tacos and burritos all day when you’re in a dance costume. So I ate a lot of vegetables and I was just kind of going through it and I was just so excited to be there. You know, I was only there for three days at a time and shot all of my scenes by myself. And then I came back when Mickey (Rourke) was available and I shot those scenes again with Mickey and then the scenes with Bruce (Willis).

Q: How do you combine running your company and running out of a meeting to a strip club?

That’s exactly what’s happening… Well, I’m not running to a strip club, I’m on a green screen in Austin, in a studio, and you’re really isolated and in a very compartmentalized environment there. And I’m shooting three days at a time, and then my partner’s here with my company. I have incredibly smart, incredibly capable, awesome partners and they make sure that the lights stay on, and people are getting their products, and everything is going smoothly. I wouldn’t be able to do movies if I didn’t have such incredible partners, so it’s nice that they’re there.

Sin City: A Dame to Kill For opens in theaters August 22nd.