“In a World…” Trailer: What goes on in the World of Voice-over Recording? 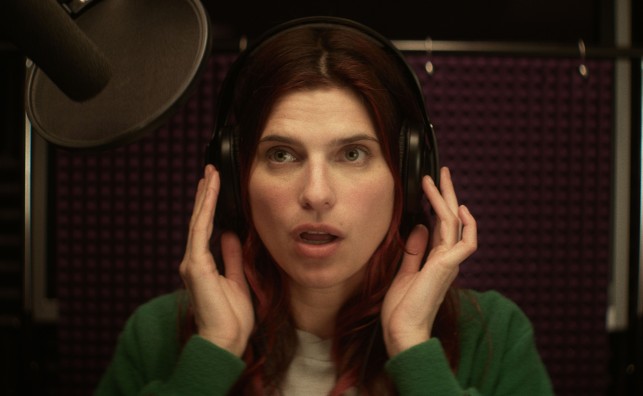 In In a World…, Vocal coach Carol (Lake Bell – Childrens Hospital) tries to make it big in the voice-over industry while fighting against ever-present sexism and a general lack of demand for female voice-over work. Her father, a voice-over star, both provides support, yet seems to discourage her from her goal.  Her coworkers share her happiness in her success, and the hint of romance is also in the air.

Opening and closing with the trailer trope that also functions as the film’s title, In a World… promises to poke plenty of fun at the film industry, but also shows a lot of heart.  Lake Bell pulls off the triple threat with this film, as she wrote and directed it, as well as starring in it. Bell won the Sundance 2013 Waldo Salt Screenwriting Award for her script. Joined by a cast that includes Childrens Hospital costar Rob Corddry, comedian Demetri Martin and Fred Melamed (A Serious Man), Bell has created a film that promises to be quite entertaining.