“Interstellar” director Christopher Nolan felt if we go further into space, we are more focused about ourselves 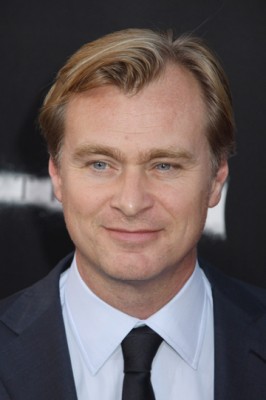 Space travel story Interstellar is actually a journey about love and ourselves. Director Christopher Nolan spoke about his thoughts on the journey of Interstellar. Yes, we asked your questions! 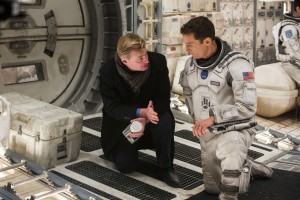 Q: This film is about family drama and space adventure, how did you combine the two separate ideas?

I don’t think of it as two separate things — just a realization when I first looked at Jonah (writer, brother Jonathan Nolan)’s draft on Interstellar, it was very clear that at the heart of the story there was this great family relationship. We found the more we explored the cosmic side of things, the further out the universe you went, the more the focus came down to who we are as people and what are the connections between us. 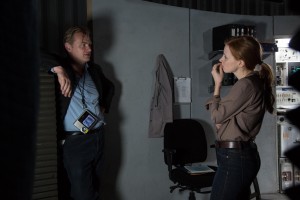 Q: Could you talk about the inception of this film?

The inception of it was talking to Jonah about the script he was working on. He was working on it for Steven Spielberg at the time, but we always bounce ideas off of each other. It just sounded incredibly exciting, and what it was that got me was the way Jonah originally explained it to me is it’s really about an inevitability. I mean, we’re going to leave this planet at some point, further than we have. We’re going to go to Mars, we all kind of know that on some level, actually. So there’s an inevitability to human evolution of this being the next step, the idea that with this story you could view Earth as the nest and one day we leave the nest, or the Earth as the egg and one day the egg hatches and we go. That, to me, seemed like a massive thing that hadn’t been addressed in movies. And that’s the kind of opportunity you’re looking for. 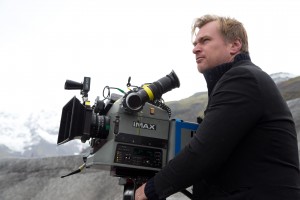 Every collaboration I have had with Jonah on a script has been different because of different circumstances of how we worked together. This was one very unique in that he worked for a long time on it without me being involved. Then he got busy doing different things, so I said, “Look, can I take this, combine it with some other ideas I had been working on?” So it was a bit more on the lines of him going, “Okay. Take a shot. See what you can do.” And then I showed him what I had done and luckily he seemed reasonably happy with it. Ha ha. It was a different kind of collaboration for us. I think I got to reap the benefits of many years of research and development on his end. I got to come in with a fresh pair of eyes and sort of make it my own, which is a fun thing to be able to do. Hopefully he is happier with the finished product. I do not remember any big argument. 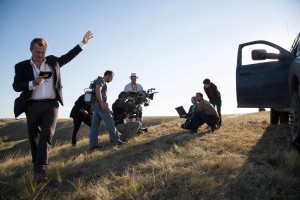 Q: What do you look for in future projects?

I look for a great story. What I found in Jonah’s story was a very relatable situation, a great opportunity to challenge myself as a filmmaker — in terms of various technical issues, but also emotional issues. I’m a father myself, and I related to the character as a father. I wanted to really push that in the telling of the story. I couldn’t tell you any more specifically than that what I look for. I look for something that just grabs me and holds me emotionally.